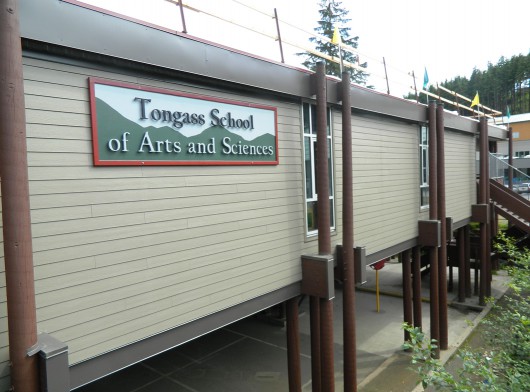 Ketchikan’s school district will spend as much as $130,000 leasing local churches for extra classroom space.

Leasing church buildings  would allow school officials to cut the number of students in each classroom in an effort to limit the spread of the coronavirus when school resumes September 8. It’s one of the safety measures teachers asked for at the board’s last meeting earlier this month.

The four churches the district asked to lease are Holy Name Catholic Church, South Tongass Alliance Church, First Assembly of God and Ketchikan Church of the Nazarene. The school board’s vote at its meeting Wednesday doesn’t require district officials to lease or use all four sites — it simply sets the maximum price for the district’s off-site classroom spaces at $130,000

So what’s the story for each school? Here’s the rundown:

As of this week, Houghtaling Elementary School administrators don’t anticipate relocating students to the church the district asked to lease — even if the pandemic worsens in Ketchikan. In an email to parents, principal Michael Cron wrote that by relocating preschoolers to a wing of Ketchikan High School, Houghtaling would be able to reduce the number of kids in each classroom to no more than 16.

Further south, Fawn Mountain principal Nick Higson told the Ketchikan Daily News that administrators plan to use its annex at South Tongass Alliance Church only if the pandemic worsens in Ketchikan. It would only be used in what the district calls a “medium-risk” scenario, the Daily News reported. That corresponds with a “high” pandemic threat level as defined by Ketchikan’s emergency operations center.

Tongass School of Arts and Sciences, one of the district’s two charter schools, is planning to use its annex site when school resumes just after Labor Day. Principal Scott Huff said via phone that the plan is to have kindergarteners, first-graders and second-graders at Tongass’s annex site. That’s the First Assembly of God.

Ketchikan Charter School plans to move sixth-, seventh- and eight-graders to Holy Name Catholic Church, according to a letter from principal Kayla Livingston and information posted on the school’s website.

The district’s four remaining schools are large enough for students to spread out without requiring extra space, according to the district’s business manager, Katie Parrott.

In other business, Ketchikan’s school board unanimously approved a three-year contract with Alaskan & Proud Market to supply half-pint containers of milk to the district through 2023. The district’s prior supplier, Tatsuda’s IGA, closed after a landslide this past winter.

The board also OK’ed a federally-mandated 10-cent price hike on school lunches. Elementary and middle school lunches will cost $3.60, and high-schoolers will pay $3.85 when they return to school.