The City of Ketchikan transferred an old warehouse to a nonprofit in 2009. Now, it’s considering taking it back 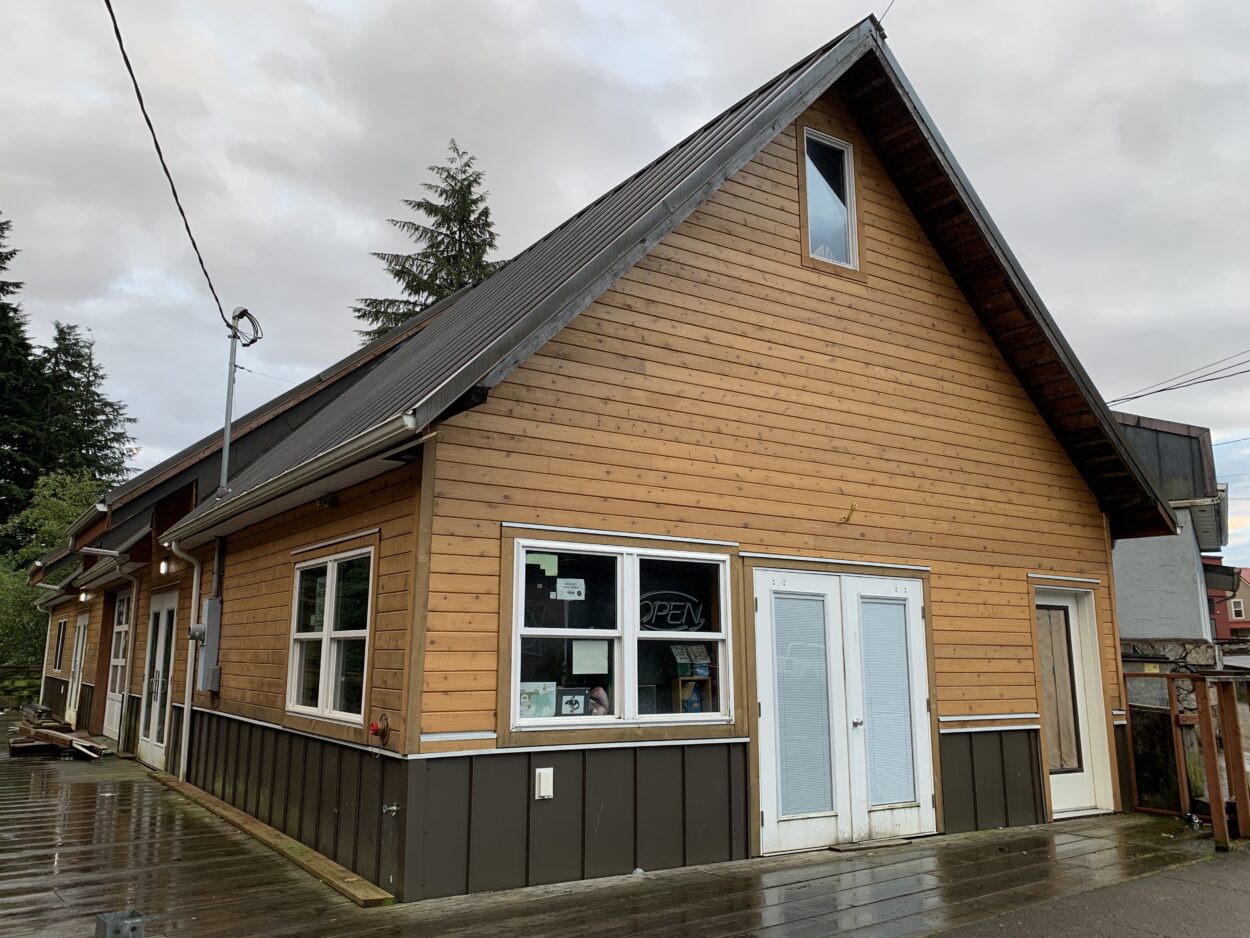 Ketchikan Youth Initiatives’ Youth Community Center is located at 632 Park Avenue. The City of Ketchikan transferred the downtown property to the nonprofit in 2009 — now, it’s considering taking it back to use as a pandemic-safe winter shelter for residents without a permanent home. (Eric Stone/KRBD)

With summer in the rearview mirror, Ketchikan’s City Council is turning its attention to winter shelter for residents without homes. The council is mulling whether to repossess a former city building — transferred more than a decade ago to a local nonprofit — for this purpose.

For the past three winters, First City Homeless Services has operated an overnight shelter in the basement of a church in downtown  Ketchikan. But city officials and leadership at the homeless services organization say First United Methodist Church’s basement is cramped — there’s no room to quarantine people with COVID-19 symptoms, and patrons can’t spread out in line with health guidelines.

Shortly after the pandemic reached Ketchikan in mid-March, city and borough officials turned the shuttered Gateway Recreation Center into a temporary 24-hour shelter. But that’s no longer an option — while the rec center was closed in the early days of the pandemic, it’s since reopened to the general public.

After considering a few options around Ketchikan — fish processors’ bunkhouses, the local VFW hall, the Saxman Community Center, and others — city officials say they’ve identified the former Water Division Warehouse on Park Avenue as the only suitable location for a pandemic-safe shelter.

One problem: The city no longer owns the building. It transferred ownership of the old warehouse to Ketchikan Youth Initiatives in 2009 — on the condition that it use the building exclusively as a youth center.

The city says that never happened. Though work allowed about a fifth of the building to be used, city officials say it still needs about $120,000 in remodeling to be opened to the community. And the city says there’s still $40,000 in unpaid contractor bills. All told, it would take roughly $220,000 to upgrade the building into a shelter, according to the city’s estimates.

Ketchikan’s City Council could start a 30-day clock for the youth organization to come up with a plan to fully open the community center — and if that doesn’t happen, it could repossess the property.

Officials with Ketchikan Youth Initiatives have another idea. In an emailed statement, the group acknowledges that the community center is “the last option available” and that without it, there won’t be a warming shelter this winter.

But the group disputes the city’s suggestion that the organization hasn’t met the conditions of the handover: having a functioning community center for Ketchikan’s at-risk youth.

In a separate statement, the group argues that the building has never been vacant since the group acquired the warehouse 11 years ago — they say it’s stored construction materials, furniture and equipment. And they say teens and young adults helped out with renovations as part of what it calls its “Youth to Work” program.

From 2016 to 2018, the center also housed more substantial youth programs — but a disagreement with a contractor left the building without the temporary wall that brought it up to code and those programs were relocated. This summer, the organization says its board voted to reinstall the temporary wall.

“And the only time that it’s ever been not in use was either due to construction that we were doing to upgrade the facility, or, essentially just making sure that the building was safe to occupy before we were going to bring youth in there,” he said in a phone interview Wednesday.

In another statement, the group says renovations that would allow them to open the full building are mostly complete.

They propose turning the building over to the city for up to three years — if the city invests the $220,000 it would take to turn it into a shelter. Kinney says it’s a win-win for both the city and Ketchikan Youth Initiatives.

“It gives both of us time for adjustments and for growth, and at the same time, it doesn’t pull away an asset from the youth in the community,” Kinney said.

But city officials say they’re reluctant to put nearly a quarter-million dollars into a property that isn’t city-owned. They say the centrally-located building could be a long-term home for First City Homeless Services’ programs.

The council will consider its next move at this week’s meeting. That’s at 7 p.m. Thursday in the Ted Ferry Civic Center. It’ll be livestreamed at the city’s website and broadcast on local cable channels.