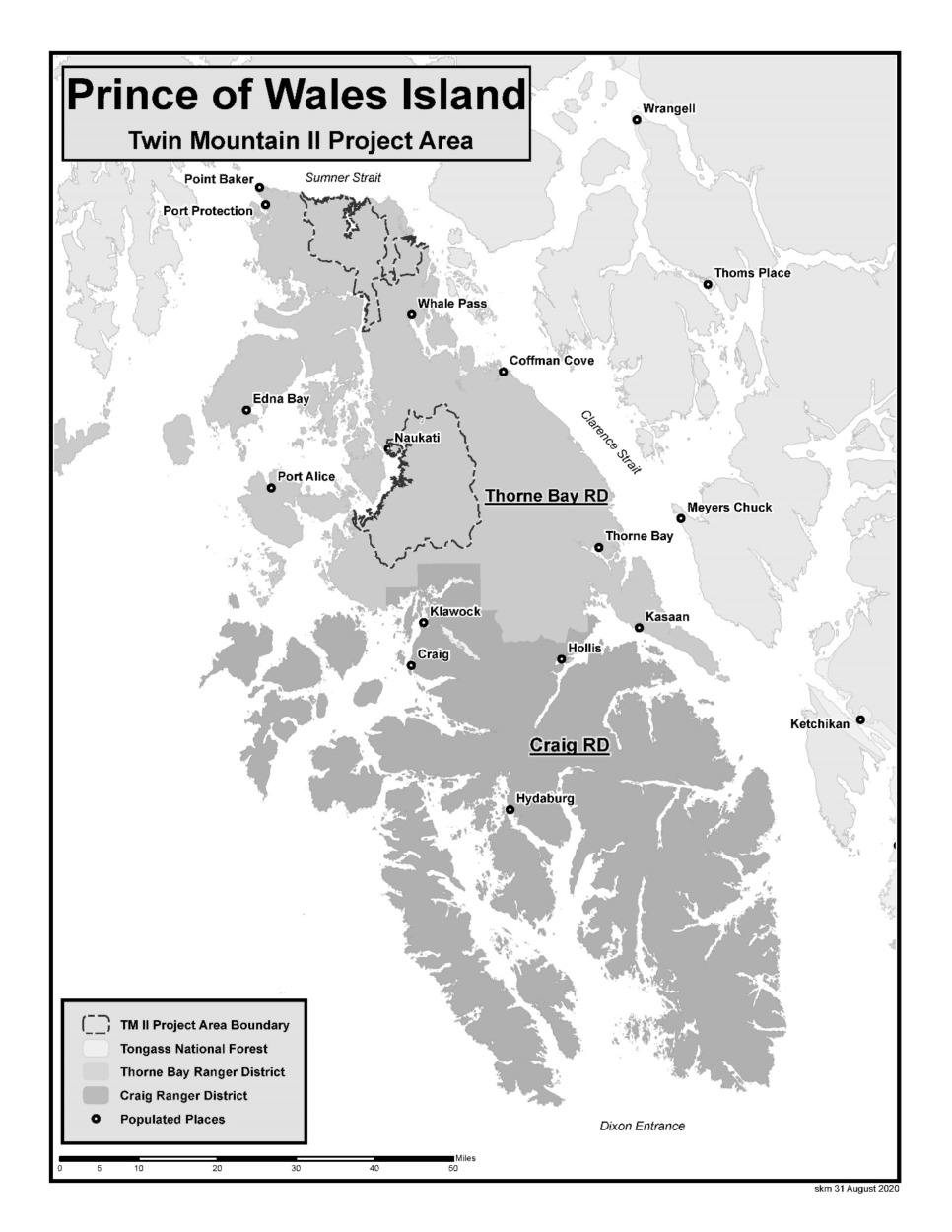 The U.S. Forest Service wants a do-over for an old growth timber sale that was halted by a federal court. The Prince of Wales Island areas are being re-analyzed in an effort by the federal agency to bring the timber to market.

It was part of a larger timber sale that environmentalists successfully blocked with a court challenge last year.

A federal judge agreed that the Forest Service had failed to provide site specific information in advance of the timber sale. A judge issued an injunction that prevented the sale from going through.

Tongass National Forest spokesman Paul Robbins Jr. said in a statement the Forest Service is restarting the environmental review process to get some old growth timber to market.

“This project does contain two units that were previously included under the Prince of Wales Landscape Level Analysis project,” Robbins said. “But they are no longer linked to the environmental impact statement from that project.”

It includes nearly 50 miles of new, temporary and reconditioned roads to make the timber sale viable.

“The proposed project aligns with the multiple use mandate for all national forests and provide valuable resources toward preserving a viable timber industry in Southeast Alaska,” Robbins said in prepared remarks.

But critics of old growth logging say the Forest Service’s priorities are wrong.

“(The) Forest Service’s acting as a sore loser,” said Dan Cannon of the Southeast Alaska Conservation Council, the environmental group that won a court victory earlier this year. (Government lawyers have appealed to the 9th Circuit Court.)

While the timber sales were blocked in court — District Court Judge Sharon L. Gleason’s decision did not hold up other aspects of the Prince of Wales Island land use plan. That includes stream restorations and investment in things like trails and cabins.

Cannon notes that most of those projects haven’t been funded by the Forest Service, yet it continues to invest its staff and resources in this and other old growth timber sales in Tongass National Forest.

“It’s just, it’s disappointing that the Forest Service has decided to merely waste more money, time and staff resources on clear-cutting old growth, rather than focus on the desired recreation activities of Prince of Wales residents,” Cannon said.

He added restoration work is needed to undo decades of damage from a half-century of industrial clear cuts.

And there’s another wrinkle. One area of the proposed timber sale on the western shore of Red Bay on the northern reaches of the island is land sought by Southeast Alaska Natives who claim they were left out of the Alaska Native Claims Settlement Act.

“They should talk to us about it,” said Richard Rinehart is a Wrangell member of Alaska Natives Without Land. It’s a five community coalition with financial backing by Sealaska Corporation — seeking federal land for Alaska Natives in Ketchikan, Petersburg, Wrangell, Tenakee Springs and Haines.

“You know the areas that people would want us to go or not go …  is really huge, and places where they think it might be OK for us to claim land is pretty small,” Rinehart said.