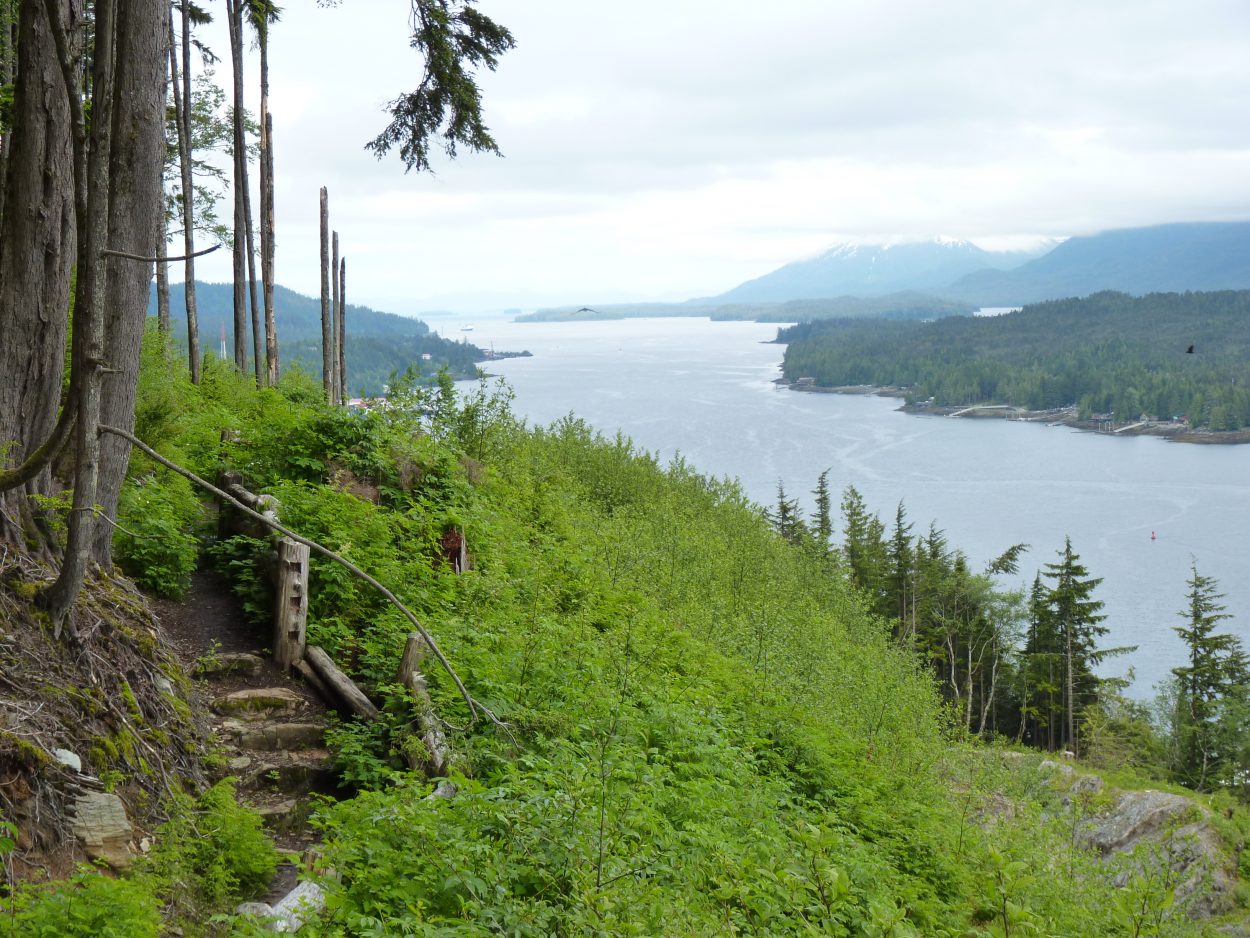 Portions of the Tongass National Forest can be seen from Ketchikan’s Rainbird Trail. (KRBD file photo)

On Thursday, the U.S. Department of Agriculture announced that it is forging ahead with a proposal to make the Tongass National Forest fully exempt from a Clinton-era rule designed to limit road development on federal lands.

It’s known as the Roadless Rule, and successive Alaska governors and the state’s congressional delegation have pushed to make it not apply in the Tongass.

Proponents say exempting the Tongass would allow for more mining, communications and renewable energy projects on federal land. It could also open up more areas for logging, though advocates and opponents seem to agree that the impact on the timber industry would likely be minimal.

But many Alaska Natives worry that rolling back the rule would damage areas tribal members use for hunting, fishing and foraging. Nearly 200 people testified at 18 hearings this fall specifically geared towards people who rely on the forest for their way of life — and large majorities supported keeping the rule in place, according to the U.S. Forest Service.

An internal Forest Service report notes that 96% of public comments received on the issue this fall supported leaving the rule in place. Approximately 1% supported a full exemption.

The final environmental impact statement was released Thursday afternoon. That starts a 30-day waiting period before the USDA can issue a final decision on the Roadless Rule for the Tongass National Forest.

This story was produced as part of a collaboration between KRBD and Alaska’s Energy Desk. It has been updated to reflect the release of the final environmental impact statement.