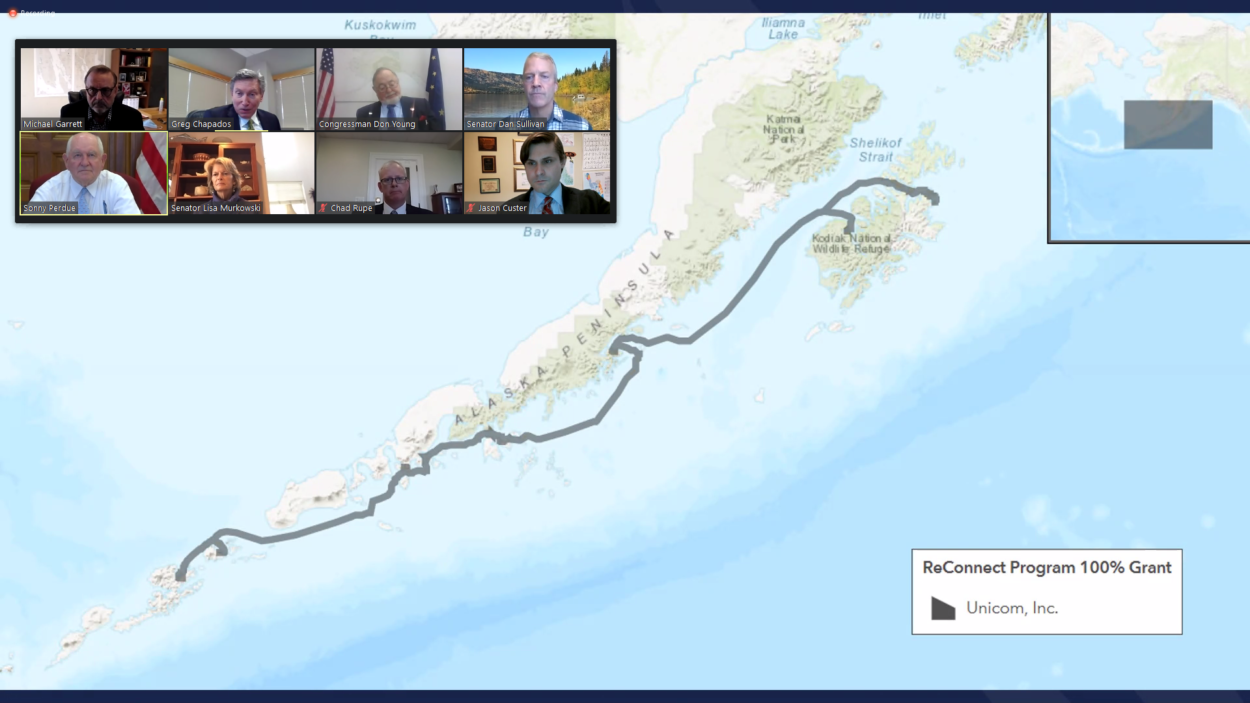 The 814-mile undersea link will connect an existing broadband hub on Kodiak Island with communities along the Alaska Peninsula to Unalaska. (Screenshot by Eric Stone/KRBD)

The federal government says it’s investing $46.5 million to bring high speed internet to communities across coastal Alaska. That’s expected to improve internet speeds in Southeast Alaska and out as far as the Aleutians.

U.S. Agriculture Secretary Sonny Perdue made the announcement Tuesday. He says he understands Alaskans are isolated by geography.

“But when we get this high speed, broadband gigabit speed there, you’re going to be as connected as anyone on the mainland here, in that regard,” Perdue said.

More than half of the federal money, $25 million, is going to a subsidiary of GCI to build about 800 miles of undersea fiber cable stretching from Kodiak Island, along the Alaska Peninsula and the Aleutian Chain.

GCI is also spending $33 million of its own capital to complete the connection in 2022.

“This port is one of our nation’s western, most northern most natural deepwater ports,” Rupe said. “So this connectivity along the Aleutian chain is especially important not just for our rural economies, but just by sheer geography to support our national defense.”

GCI Chief Operating Officer Greg Chapados  says once the fiber optic line is completed, speeds for those living in remote communities should be comparable to Alaska’s urban areas.

“The digital divide between Unalaska and Anchorage will be eliminated,” Chapados said. 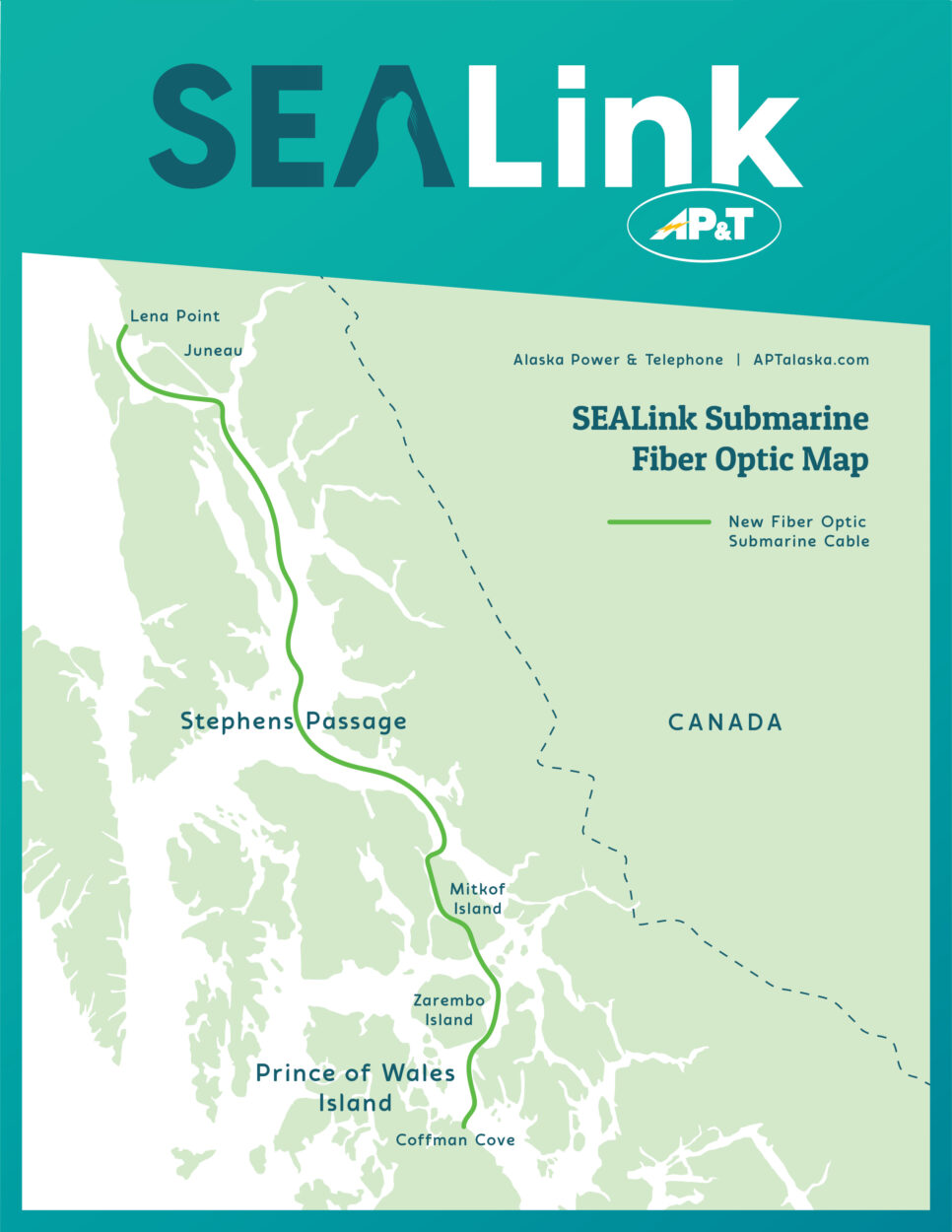 The submerged cable will run from Lena Point near Juneau to Prince of Wales Island. (Graphic by AP&T)

Separately, Alaska Power & Telephone has been awarded $21.5 million to build an undersea fiber optic cable in Southeast Alaska. It would run from Juneau’s Lena Point down the Wrangell Narrows and link communities on Prince of Wales Island.

AP&T is committing just over $7 million to the project. CEO Mike Garrett says it’ll take about five years to build the 214-mile undersea cable the company is calling SEALink.

“It’s easy to compare this to a superhighway,” Garrett said.

After 2025 service will be extended from Kasaan and Coffman Cove to other communities on Prince of Wales, the company says.

The $46.5 million in Alaska grants are part of $600 million approved by Congress in 2018 for the federal ReConnect Program to improve internet connectivity across rural America.

Alaska’s Congressional delegation was also on the Tuesday call.

Nobody from the federal government or telecom companies fielded any questions from reporters invited to cover the announcement.