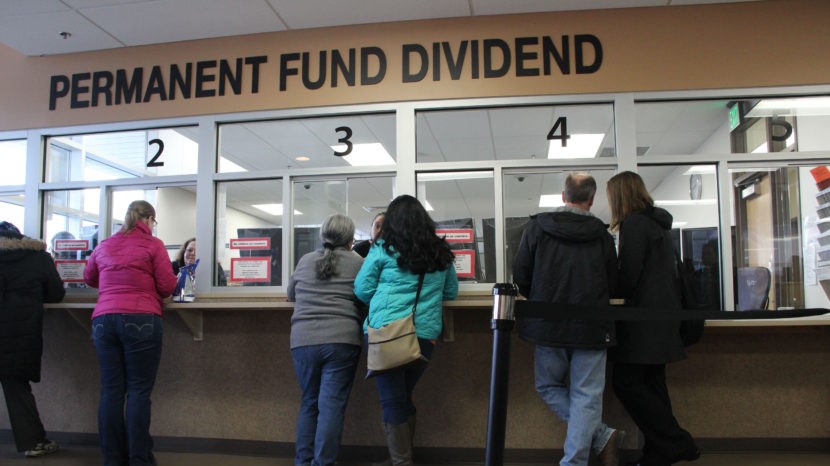 The future of Permanent Fund Dividend checks is one of the most pressing issues facing state lawmakers. Candidates vying for a state House seat in November in Southeast Alaska’s District 36 see the issue differently — but less differently than it might seem.

Republican House hopeful Leslie Becker has gone after independent Rep. Dan Ortiz’s position on Permanent Fund Dividends. The conservative Republican has campaigned on what she calls “protecting the PFD.”

That formula was codified as part of a 1982 law. Ortiz countered that it’s not so clear cut.

“I would say this, that we do have conflicting statutes on the books,” he said.

That’s because a 2018 law limits the Legislature’s draw on the fund to roughly 5% of its market value. And that makes the 1982 formula just about impossible to follow. Courts have upheld the lower dividend payments.

Many candidates and lawmakers around the state say they’d like a “full PFD.” Gov. Mike Dunleavy campaigned in 2018 on giving full dividend checks to every man, woman and child in Alaska — roughly $3,000. Other Republican candidates, particularly those in the more conservative wing of the party, have expressed similar views, as have some Democrats.

And voters could be forgiven for thinking a full, statutory PFD is what Becker’s advocating for, too. In July, she, along with many other candidates and lawmakers, signed a document that expresses support for “following the law regarding the traditional PFD distribution.”

“What these candidates are saying that sign this, they’re saying that there was nothing wrong with the traditional formula,” conservative activist Michael Chambers told KRBD.

Chambers leads a coalition of right-leaning groups called United for Liberty, and he wrote the document Becker signed. The second half of it expresses support for paying the difference between what the formula says and what lawmakers and the governor approved. The last dividend paid out under the formula was in 2015.

At the KRBD forum, Ortiz challenged Becker directly about that document.

“Do you still stand by that pledge?” Ortiz asked his opponent.

He said that following through on that support would cost the state upwards of $4 billion and reduce the future earnings of the Permanent Fund. And that, he said, would only make the state’s already-bleak budget picture even worse.

“Actually, Dan, I think you should read the wording on that. It doesn’t say pledge,” Becker replied.

Now, with the election weeks away, she said there’s some wiggle room. She said it’s less a document promising $3,000 PFDs and more a commitment to following a transparent formula set out in law.

“People are frustrated. So what we need to do is clean this up,” Becker said.

But in an email to KRBD, she said that’s not the same thing as supporting a full dividend under the 1982 formula.

At the forum, she said she’d support changing the formula to reflect what the state can actually afford.

“It’s time to get together, get to the — get to the table and get it resolved so we have the appropriate amount put in place, the formula is revised and whatever else needs to be adjusted,” she said.

And Chambers, the conservative activist, said that’s not contrary to the statement Becker signed.

On that point, Becker looks to have found common ground with her opponent.

“Absolutely, I would be in support of looking at that original statute and revising it,” Ortiz said.

But Ortiz said it won’t be easy to change the formula.

Lawmakers have floated the idea before, but it’s always died before reaching the governor’s desk.