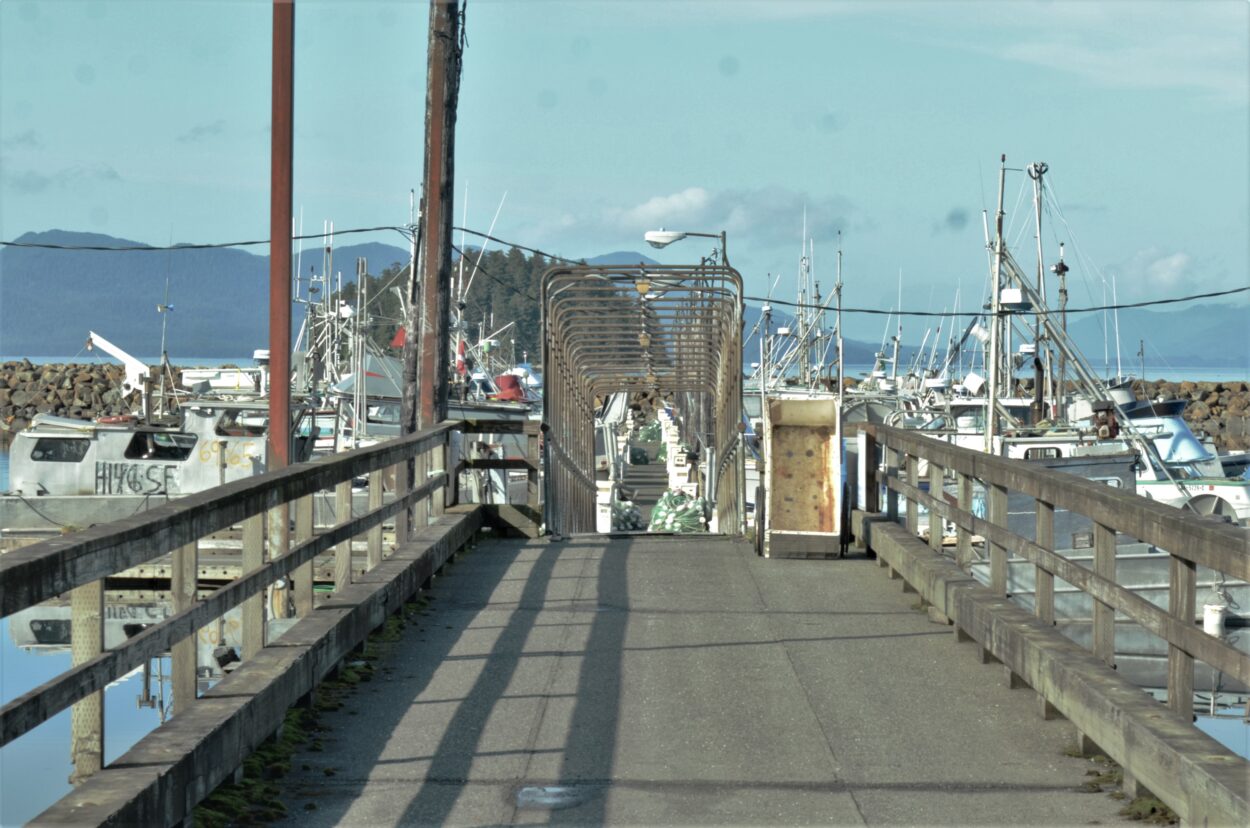 A view down a pier to a Metlakatla harbor on Oct. 3. (Eric Stone/KRBD)

State attorneys are asking a federal court judge to dismiss a fishing rights case brought by Metlakatla Indian Community at the southeastern tip of the state.

The state’s sole native reserve — that’s similar to Lower 48 reservations — argues Congress granted it the right to fish in its traditional waters — even outside the marine boundaries of the Annette Islands Reserve. The tribe says the state thus doesn’t have the right to require state fishing permits for tribal members in state waters.

But in a 38-page filing Thursday, Department of Law attorneys argue that’s not the case.

“…in 1891, did Congress intend to grant off-reservation fishing rights to the Metlakatlans? The answer is ‘no,’” state attorneys write.

They say the full text of the 1891 law establishing the Annette Islands Reserve as a permanent home for native Tsimshian people, and congressional debate around that time show that lawmakers never intended to grant residents the right to fish outside the reserve’s boundaries.

They say that Metlakatla’s history is unique — the U.S. government didn’t forcibly relocate the tribe to the islands south of Ketchikan. Rather, in 1887, hundreds emigrated from a settlement in Canada — namely, Metlakatla, British Columbia near Prince Rupert.

The state argues that history means the case differs from others in which courts have upheld off-reservation hunting and fishing rights, and thus Metlakatla fishermen should be subject to state regulations.

Christopher Lundberg,  a lawyer representing the tribe, says the state’s got it all wrong.

“It appears clearly to me that the state fundamentally misunderstands Metlakatla’s history, congressional intent with respect to establishing the reservation and the applicable guiding legal principles in federal Indian law,” the Oregon-based attorney said in a phone interview.

He declined to elaborate further, saying the tribe would respond in court. The Department of Law issued a statement saying the office stands by its reasoning and looks forward to a final decision.