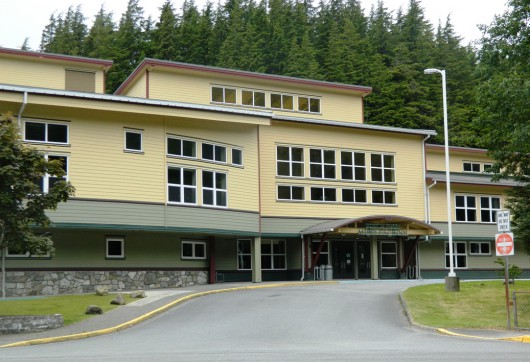 Two newly-elected members of Ketchikan’s school board will be sworn in Wednesday. Nicole Anderson and Kim Hodne defeated an incumbent to win a one-year seat on the board. Anderson won by roughly 700 votes; Hodne secured the second seat in the two-seat race with about 100 more votes than the incumbent.

Board Members Paul Robbins, Jr. and Diane Gubatayao will also begin three-year terms after defeating a challenger and securing reelection earlier this month. Gubatayao won handily with about 800 more votes than the challenger. Robbins’ race was closer — he won by a little more than 100 votes.

After the board gets down to business, it will consider a measure asking the Ketchikan Gateway Borough for roughly $107,000 to fund new fire alarm panels at four school buildings after a panel at Schoenbar Middle School failed last month.

The borough generally funds school district construction and repair projects. The Borough Assembly would have to agree to fund replacing the 13- to 20-year-old fire alarm panels.

In other business, the board will consider putting about $86,000 towards new IT equipment from Oregon-based Presidio Network Solutions. Some of that would replace routers, cables and switches currently installed in local churches the district rented for extra classroom space.

The board is also scheduled to discuss student health screenings and requirements for returning to school. No other information was provided on that topic, but the board isn’t expected to vote on the item.

Ketchikan’s school board meets Wednesday at 6 p.m. in the White Cliff building. Members of the public can comment at the beginning and end of the meeting. The full agenda is available online, and the meeting can be live-streamed at the school board’s website: schoolboard.kgbsd.org.