Republicans hold rally and parade in the First City

About 90 people gathered at one of Ketchikan’s downtown cruise ship docks in support of President Donald Trump and other Republicans. The event was held this past Saturday and included a rally and vehicle parade.

Senator Sulllivan, who is up for reelection, phoned in from Washington, D.C. to encourage Republicans to vote.

“We can either continue on this positive agenda that we have going right now – rebuilding our military, access to our lands like the Tongass (National Forest), rebuilding our Coast Guard, stationing icebreakers here, enhancing tourism – or we can empower the radical left that has a clear anti-Alaska agenda,” he said.

Becker also addressed the crowd encouraging voters to elect all the Republican candidates and to send her to Juneau to represent District 36. 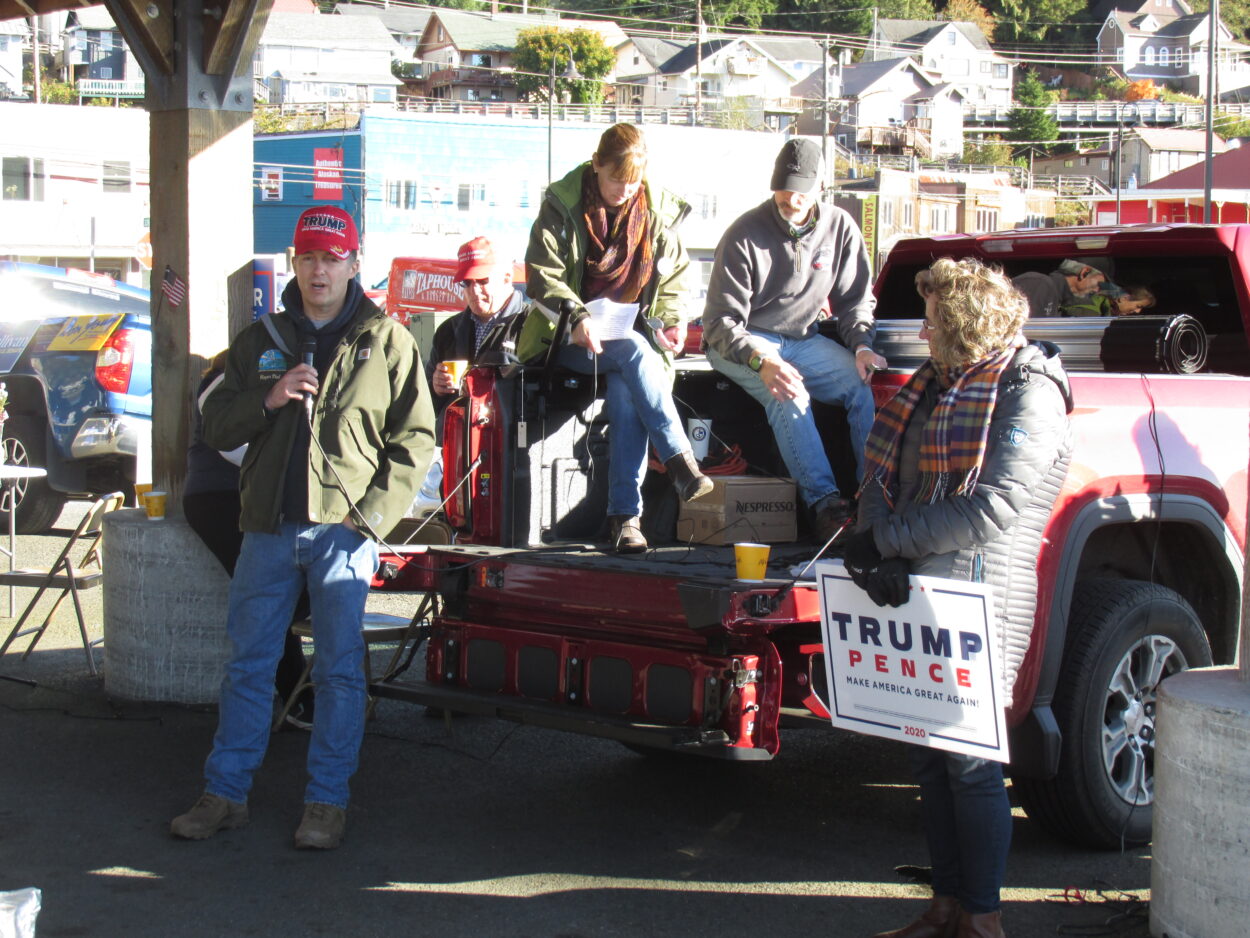 “I want to tell you that I’m a very conservative Republican. I’m fiscally responsible. I had a lot of business background. And I know government isn’t exactly like running a business, but we need accountability in how our funds are being applied and how we’re using them, and we need to have our departments have some performance expectations so we don’t continue to fund a deficit,” she told the crowd.

People were spread out throughout the pavilion and parking area. A handful wore masks. 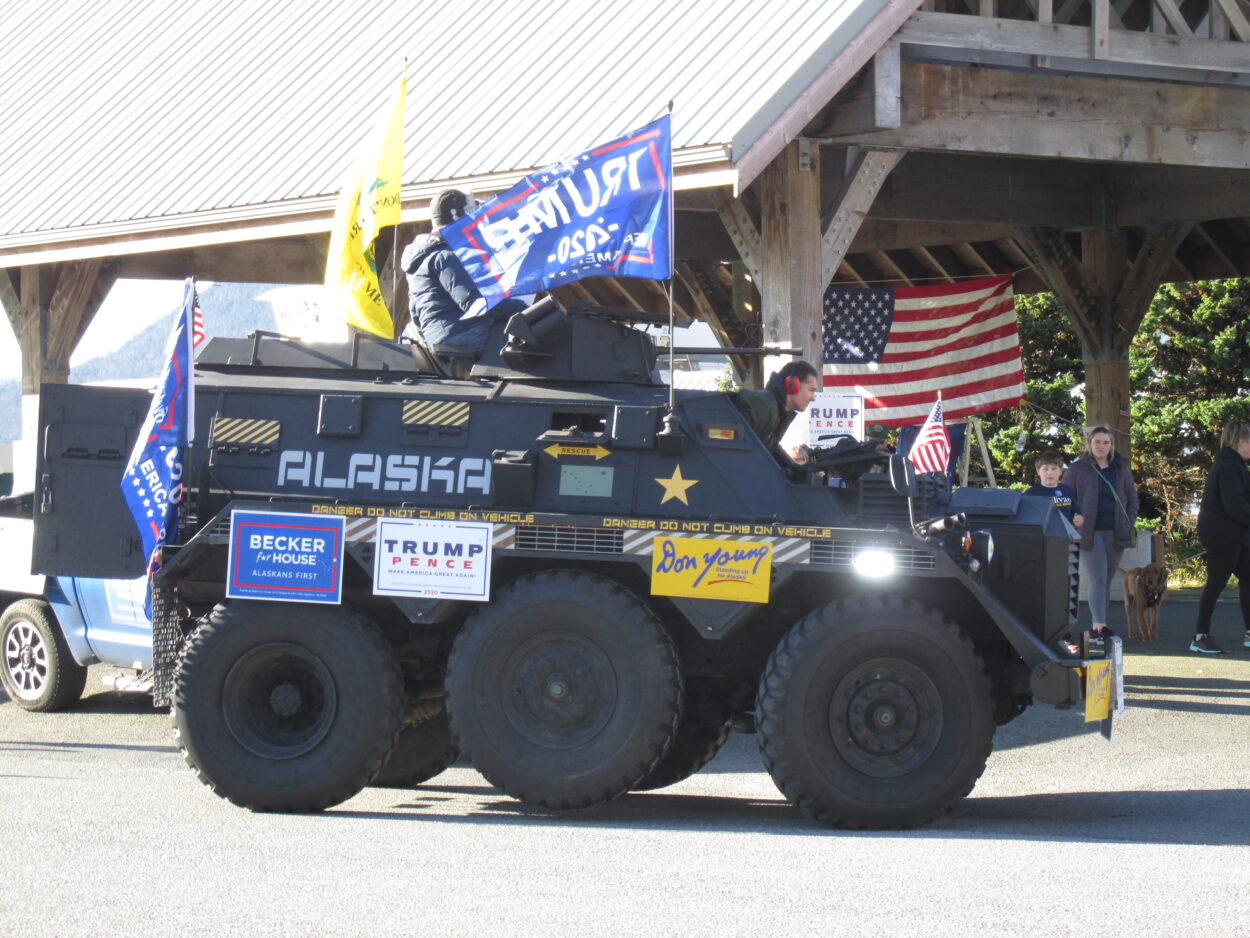 Laura Antonsen is the House District 36 Republican chair. She says President Trump views people as “individuals in a free society.” With amens from the crowd, Antonsen said that rights come from God, not the government.

“If they did, then our rights would be ever up for changes due to the capricious nature of humans and their ideals as time changes. And they can be changed on the whim of a moment or by a mob,” she said.

After the rally, vehicles decorated with flags and campaign signs lined up for a parade that headed south through town and then returned north. Thirty-five vehicles, including Rodney Dial’s British Saracen armored car, plus two motorcycles participated.