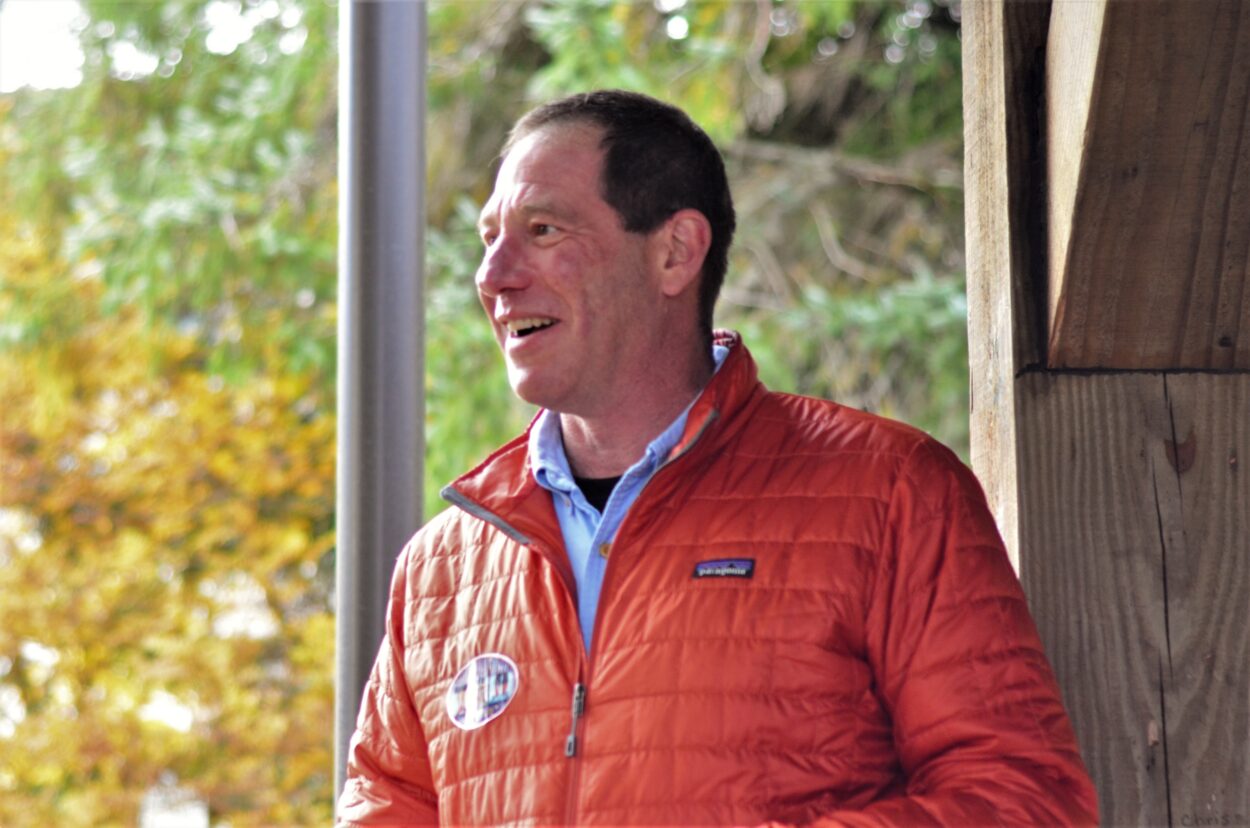 U.S. Senate candidate Al Gross says he supports rolling back the federal Roadless Rule in the Tongass National Forest — although he stopped short of advocating for a full exemption, recently approved by the Trump administration.

He says he thinks Alaska should have its own version of the Clinton-era regulation that limits road building and development on national forest land.

“Well, I think we should have an Alaska-specific Roadless Rule and I support a limited logging industry in southern Southeast. I don’t support widespread clear cutting of old-growth timber, but what I’d really like to see is mills that have value-added products here and that’ll bring great jobs to the state in in a sustainable fashion,” Gross said.

Gross is an independent nominated by Democrats to challenge Republican incumbent Dan Sullivan, who has welcomed a complete exemption of the rule for the Tongass.

Gross made the comments at an outdoor meet-and-greet event in Ketchikan Friday. Gross would not say whether he’d support federal legislation to reverse the Trump administration’s exemption.

At the event in Alder Park, Gross told a few dozen supporters that small towns like Ketchikan could make a big difference in the results of the election. Voting ends on Nov. 3.