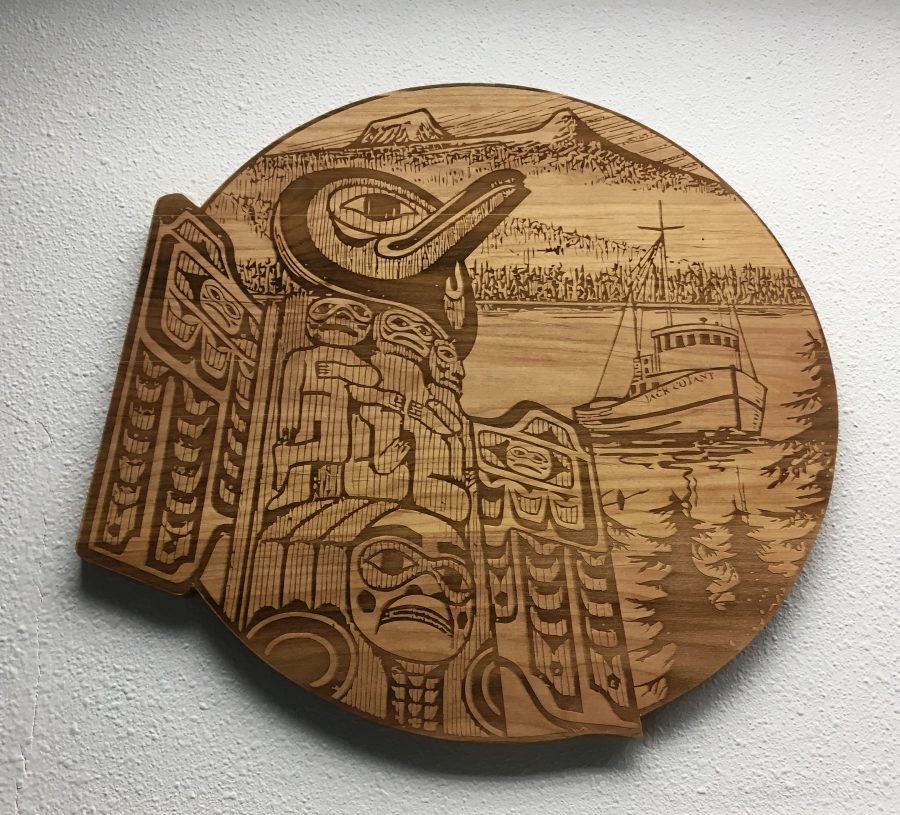 The Ketchikan School District seal is on display at the superintendent’s office. (KRBD photo by Leila Kheiry)

Two local government bodies will now recognize Ketchikan’s original inhabitants before each public meeting. That’s after the local school board voted Wednesday to join the Ketchikan City Council in reading what’s known as a “land acknowledgment” before getting down to business.

“We’re surrounded — so much of our history and culture right here in Ketchikan are part of the Indigenous traditions and customs, and I think it’s appropriate that we honor that all our schools, and where we meet, and our community is on traditional native land,” Gubatayao said

Starting next month, the school board will read the following statement before each meeting: “The Board of Education would like to respectfully acknowledge the traditional first people of this land, the Tongass Tlingit people.”

Board Member Sonya Skan said the statement is intended to recognize all of Ketchikan’s Indigenous people.

Skan is the director of education and training for Ketchikan’s federally-recognized tribe.

Board President Kim Hodne said that he hoped the move was the start of a lasting tradition. The vote was unanimous.