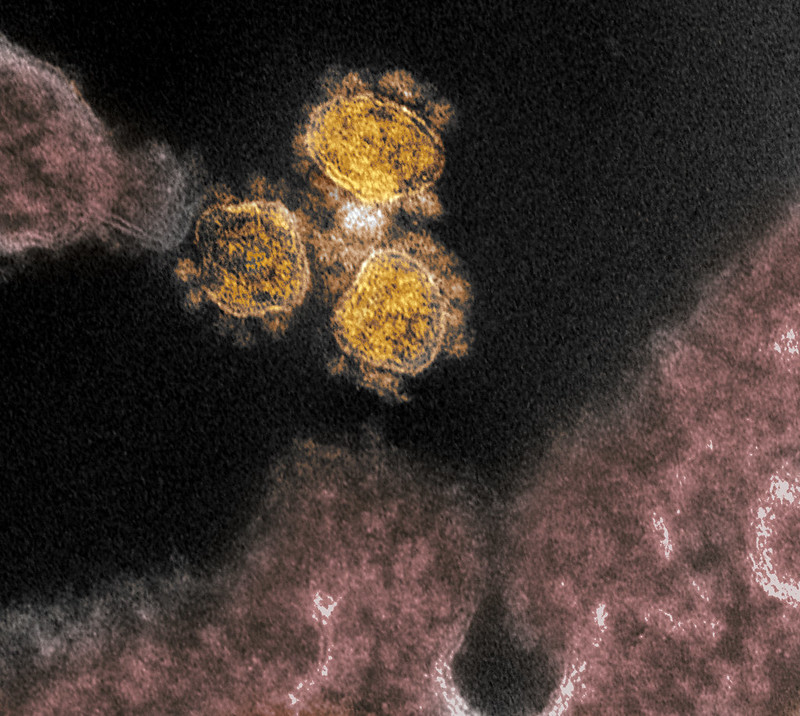 Ketchikan emergency officials on Monday lowered the local risk level to “moderate“. That’s after an outbreak that spread rapidly through the community has slowed considerably since Ketchikan’s risk level was upgraded to “high” on Nov 4.

Emergency officials point to Oct. 26 as the start of an outbreak that eventually sickened more than 100 people in Ketchikan. But what was once a torrent of new cases has now slowed to a trickle — and that’s led local officials to relax some recommendations for pandemic precautions.

“So, there are a few cases here — I’m not saying it’s completely gone in Ketchikan. So for that reason we need to keep our interactions — you know, the safety measures and health measures in place,” said Ketchikan’s emergency manager, Abner Hoage, in a phone interview. “But we can start to do a few more things again, as long as we’re careful.”

Hoage says it’s still important to wear a mask in public spaces, maintain adequate spacing and wash hands. But the situation now is less precarious than it was early this month.

“The community’s done a really good job of taking to heart the recommendations that we’ve made,” Hoage said. “We saw a lot of businesses and individuals change their habits to help get us back down, and we’ve successfully dropped into the Level 2 risk zone and we’ve held there for several days.”

Ketchikan’s four-tier community risk level system takes a variety of pandemic indicators, like community spread and test positivity, and it outputs recommendations for local officials to control the outbreak.

At Level 3, officials issued voluntary recommendations for bars to close and restaurants to reduce capacity to 25%. Some did, others didn’t. But Hoage says there’s no reason to think Ketchikan would have fared better with mandatory rather than voluntary restrictions.

“I think we’ve made the right decision for Ketchikan, is what I will tell you, and I think it’s working for our community,” he said. “And as long as that continues to work, I don’t see a reason to change it.”

At Level 2, bars are no longer recommended to close, though officials say they should still limit capacity to ensure there’s enough room for social distancing. It’s a similar story for local restaurants — local officials now recommend 50% capacity instead of 25%. And, importantly, emergency officials say middle- and high-schoolers can now safely return to classrooms full-time.

Testing and tracing were critical

Hoage points to one factor in particular that helped Ketchikan turn the tide: rapid, high-volume testing.

Creekside Clinic purchased a machine that can run hundreds tests a day back in July after borough officials floated the idea. These days, the downtown clinic runs nearly every coronavirus test provided by the city and borough governments at its free downtown drive-up site. Many local clinics have their own rapid testing machines, and Ketchikan’s hospital has a few of their own, too.

“In general, our test turnaround time is really impressive — it’s at one to two days,” he said. “There’s other communities in Southeast Alaska that I’ve spoken with that are seeing seven-plus-day turnaround times, and that’s their best time. … And if your test results are that far out, they really become almost not useful anymore, to be honest.”

There have been some hiccups — Hoage says some mid-November tests were sent to the Lower 48 when a shipment of testing supplies didn’t come in on time. Those results took a week or more to come back.

Contact tracing also played a critical role, Hoage says. Dozens of cases were traced back to restaurants owned by Cape Fox Corporation, but Hoage says the fact that the Saxman-based Native corporation shared the news with the community and local officials, closed its restaurants and tested its staff was valuable.

Travel is an ongoing concern

While community spread is down, the coronavirus is still present in Ketchikan — there have been at least two cases of community spread since Nov. 23. But Hoage says the more pressing threat around the holidays is travel. He says those who went out of town for the long weekend should ensure they follow the state’s health protocols.

“At minimum, follow the state recommendations of five days of strict social distancing and one negative test before you start returning to the office or returning to school or any of those sorts of things, visiting with friends,” Hoage said.

Ideally, Hoage says travelers should quarantine for 10 to 14 days, with a second test at least a week after arriving — whether they come from in-state or out-of-state. Hoage says returning college students should be especially careful, since younger people are more likely not to show symptoms — and asymptomatic people can still spread the virus.

“We don’t have a ton of COVID here right now. We want to keep it that way,” he said. “And the only way you can get in is when somebody new comes into the community, right?”

The state health department also dropped its own, separate risk level for Ketchikan and southern Southeast Alaska in recent days, including Prince of Wales Island and Metlakatla. As of Monday, it’s the only region in the state not at a “high” pandemic alert level.