UPDATE 10:15 a.m., Sunday, Dec. 6: The voluntary evacuation has been lifted, and officials say residents can return to their homes.

At this time, officials are recommending evacuations of the following areas: 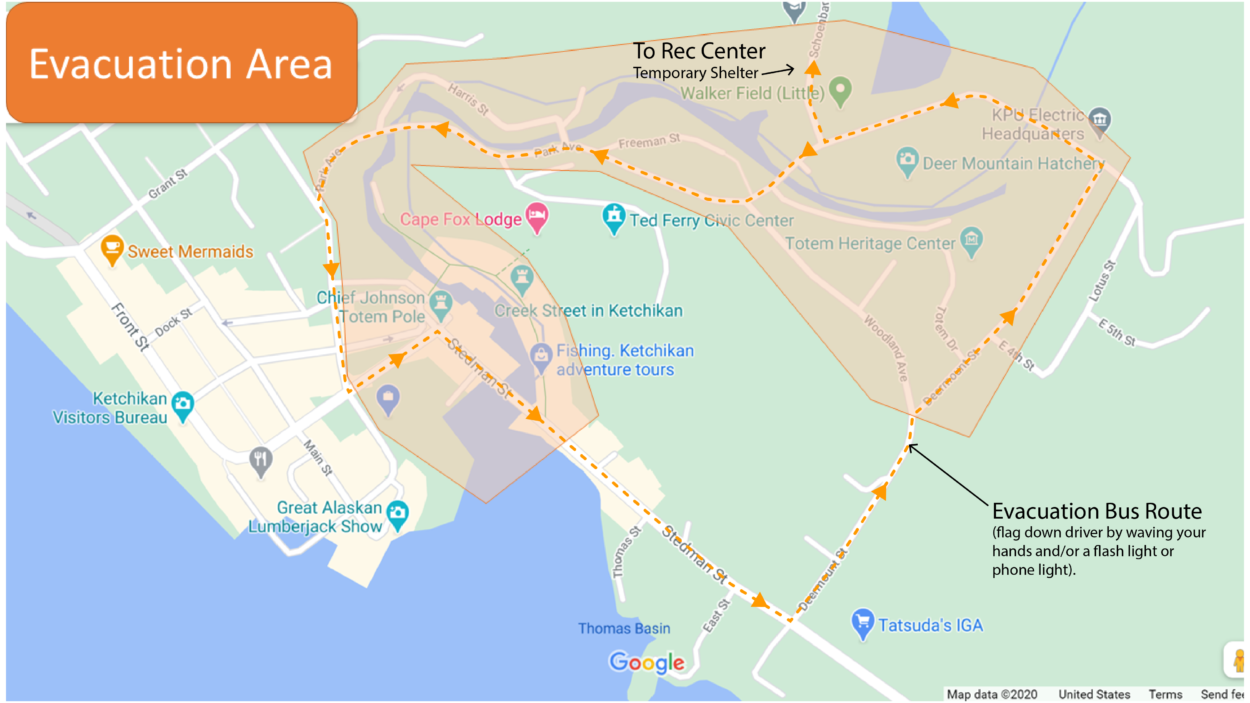 Additionally, properties on Venetia Avenue and Peterson Street are recommended to evacuate. That’s because flooding along Park Avenue could leave those residents without a way out.

Officials are asking residents of those areas along Ketchikan Creek to evacuate to higher ground.

An evacuation shelter has been set up at Ketchikan’s Gateway Recreation Center at 601 Schoenbar Road for those without somewhere else to go — but local officials are asking folks to first seek shelter at friends’ and families’ homes outside the evacuation zone.

Officials say “limited space” is available for pets at Ketchikan’s animal shelter. Island to Island Vet Clinic also has announced on Facebook that they have some space available to shelter pets for those who must evacuate.

Local officials said shortly before 10:30 p.m. Saturday that while high flow was flooding some areas downstream, the Ketchikan Lake Dam was, for the time being, in “no danger” of failing. But officials warned that could change overnight, and said residents should not return to their homes. Heavy rainis forecast to pick up again at 6 a.m. Sunday.

Officials said a possible future mandatory evacuation order would be accompanied by audible sirens, phone alerts and police officers with loudspeakers. To sign up for Nixle alerts, text 99901 to 888777.

A bus circulated through the evacuation area along Park Avenue Bawden Street, and Stedman Street ran through 10 p.m. Saturday, and emergency officials said late Saturday it would “resume as needed.”

This is a breaking story. Check back for updates.