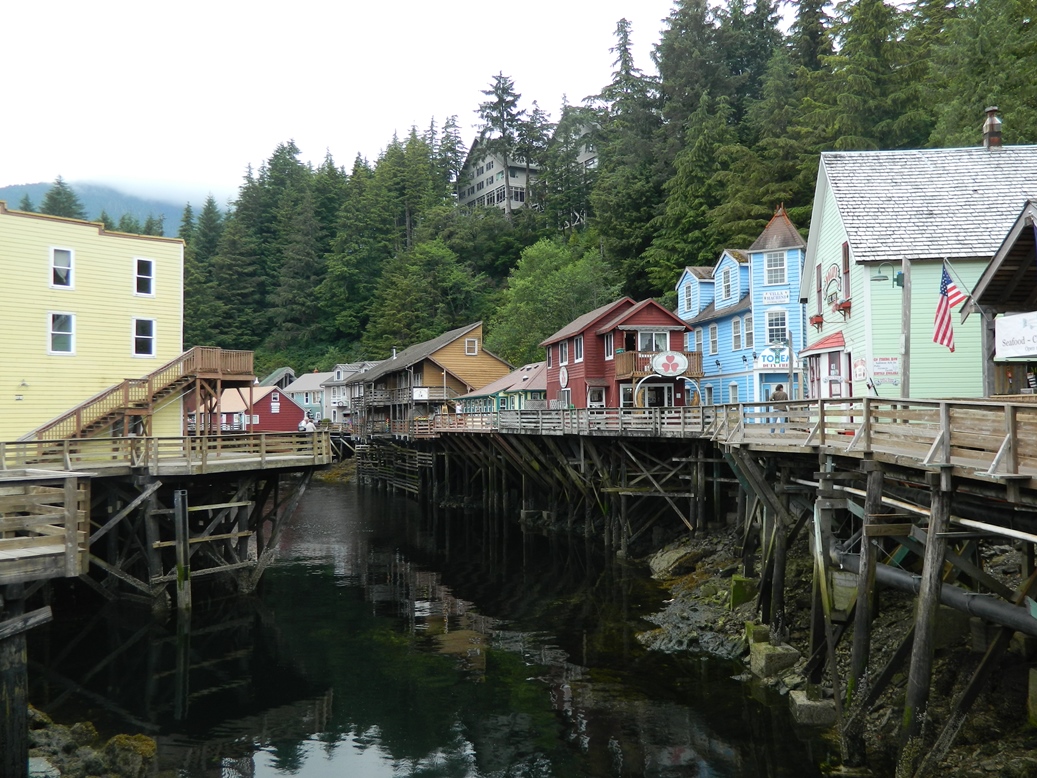 According to a statement from Ketchikan police, Brandon Larson ran into Ketchikan Creek and was swept underwater and downstream. Officers later found the 34-year-old man’s body near Creek Street.

Police say it started when officers responded to a report of domestic violence around 12:30 a.m. in the 600 block of Park Avenue. Police say they suspected Larson was the aggressor; he reportedly fled on foot. They say Larson had two outstanding arrest warrants and was suspected of violating a no-contact order.

As he fled, police say Larson made his way into nearby Ketchikan Creek. According to the police statement, Larson laid down in the middle of the creek. It’s not clear why.

Police say Larson was swept downstream and underwater, out of sight. He was found several hundred feet downstream after an “extensive search.”

Police say Larson’s next-of-kin has been notified. The death is under investigation as officials await the results of an autopsy.