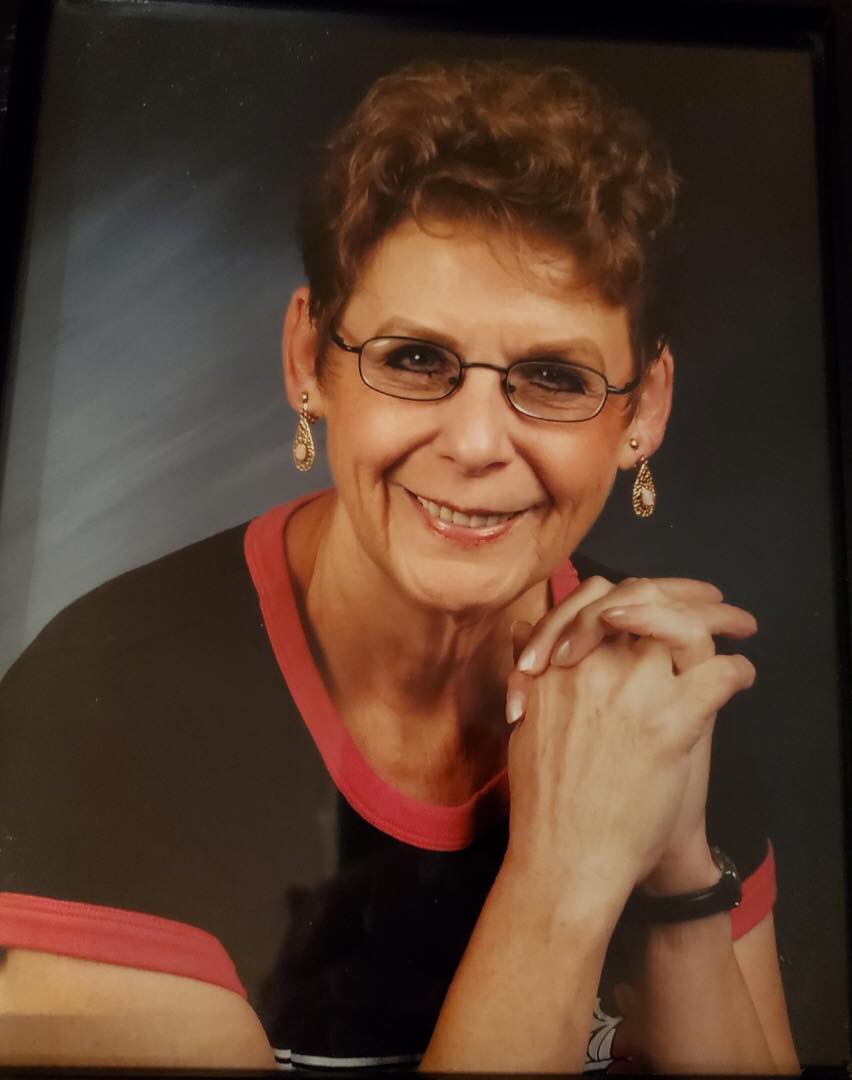 An elderly woman hit by a car in a crosswalk on New Year’s Eve in Ketchikan has died from her injuries. Family members and city officials say they’re frustrated over what they see as a preventable death.

Her name was Charan Bird.

“But her nickname for a lot of people in town has been Birdie,” said Gene O’Brien. Bird was his aunt.

“She was like everyone else’s aunt, too,” he said.

Her life came to a tragic end after she was struck by a car around 1:30 p.m. on New Year’s Eve. Authorities say she was in a crosswalk near the Alaskan and Proud grocery store on the west side of town.

“According to witnesses, she was about 20 feet into the crosswalk, which is a pretty good distance,” said Ketchikan Police Deputy Chief Eric Mattson, “when she was struck by the truck as the other driver was executing that turn onto Tongass [Avenue].”

Mattson says Bird was rushed to Ketchikan’s hospital. Doctors found she had brain trauma and ordered her medevaced to Seattle. She died at Harborview Medical Center on Jan. 4. She was 72. 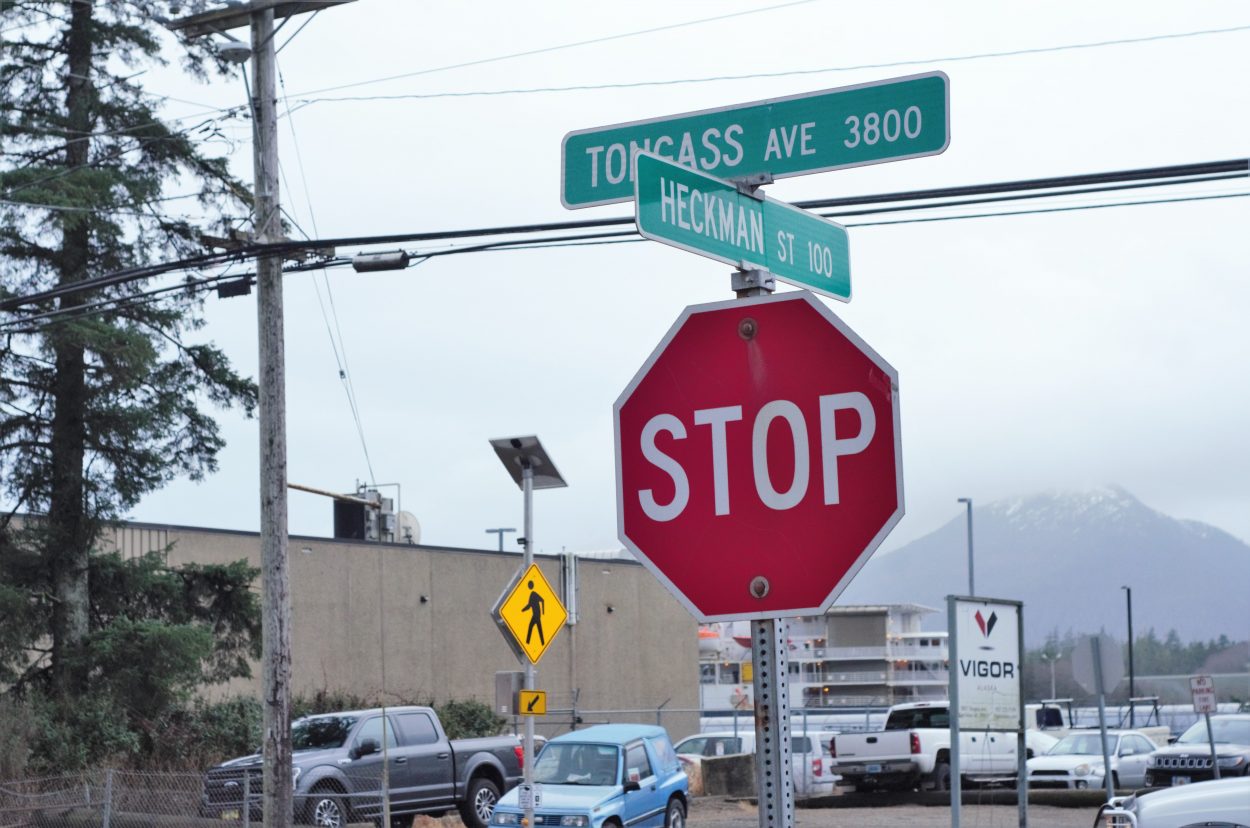 The intersection of Tongass Avenue and Heckman Street on Monday. (Eric Stone/KRBD)

The driver of the car was identified by police as 91-year-old Gerald Gwilliam. So far, he’s been cited for failing to exercise care. But police say they’re still completing what’s become a death investigation. Their findings will be forwarded to prosecutors in the district attorney’s office. Mattson says the driver may also lose his license, though the final determination would be made by the Division of Motor Vehicles.

The Ketchikan district attorney’s office said Monday that they’re awaiting the police report before considering whether to file criminal charges in Bird’s death.

Her nephew, O’Brien says he wants to make sure that someone is held accountable for her death.

“She was likely just creeping across the crosswalk, you know, in a safe manner, and this person came out,” O’Brien said. “I don’t want to get all vengeful and angry at this whole thing, but someone died.”

At a Ketchikan City Council meeting shortly after Bird’s death, council members called on state transportation officials to install a traffic light at Tongass Avenue and Heckman Street, where she was fatally injured.

“I would ask that everyone in this community write a letter to [Alaska’s Department of Transportation] because they have stonewalled us on multiple occasions. And honestly there should be a light … at that intersection,” she said.

Council Member Dave Kiffer said it shouldn’t take a death for state officials to act. DOT installed lighted crosswalk signs at a separate Ketchikan intersection after a fatal accident in 2017.

“That seems to be their trigger. ‘There’s a fatality — we better do something,'” he said. “Well, you know, like Janalee, I’m sick of that.”

Council Member Mark Flora suggested the city take matters into its own hands.

“I think you ask for forgiveness instead of permission, and I would just put the damn lights up,” Flora said.

In 2018, the council earmarked $110,000 to improve crosswalk safety — including at the intersection where Bird was struck. That funded three new LED-lighted signs around town that caution drivers when a pedestrian is crossing. 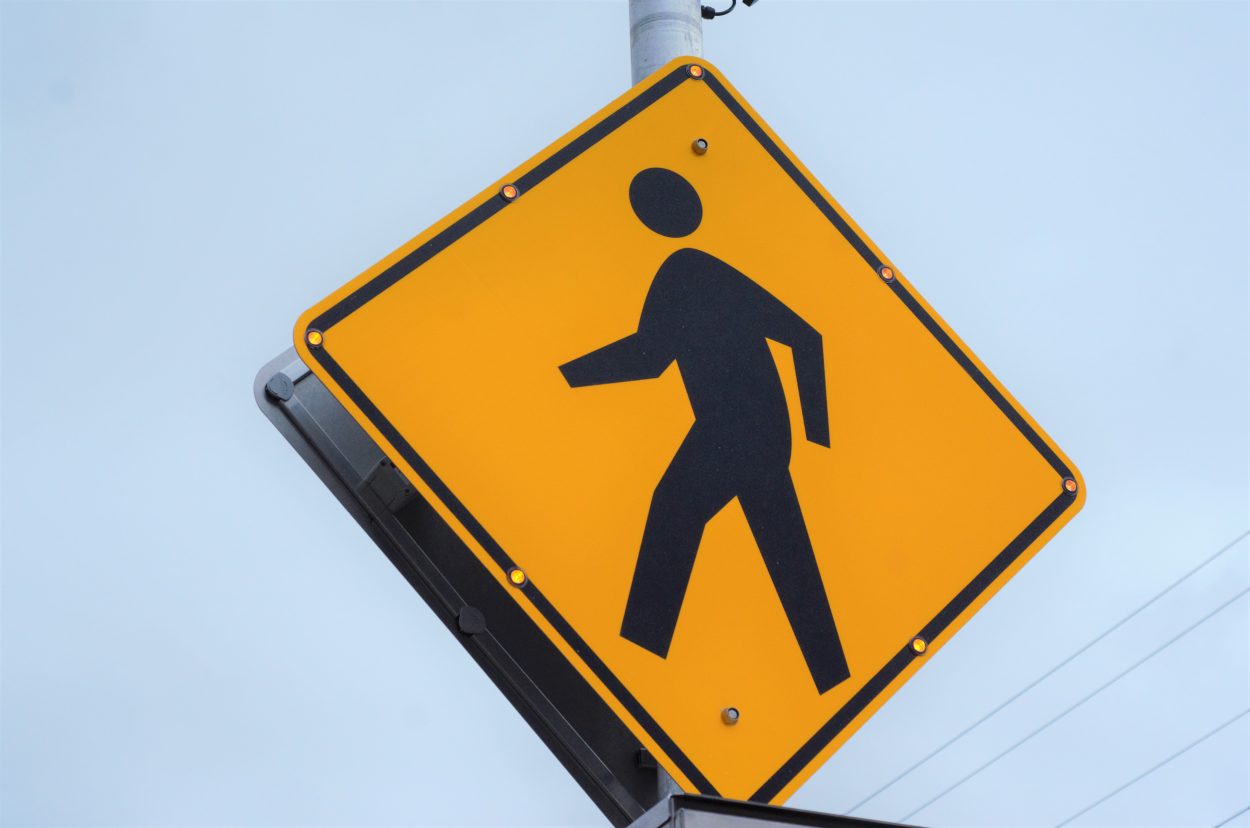 LEDs on the border of a new sign installed Dec. 22, 2020 light up when pedestrians press a button, alerting drivers that someone is trying to cross. (Eric Stone/KRBD)

City Public Works Director Mark Hilson says crews installed one of the new signs at Tongass and Heckman on Dec. 22, nine days before the tragic accident. He says they also installed a light that illuminates a crosswalk at night just down the road, near Ketchikan’s hospital.

“I would definitely recommend that DOT look into that new light technology that we installed at the hospital crossing,” Hilson said Monday. “We did it as a trial basis, and we’re very pleased with it.”

Bird’s tragic death at 72 was a blow to those close to her. O’Brien says his aunt had devoted her life to helping others. After surviving an abusive childhood, she worked for Southeast Alaska Independent Living in her later years, which helps people with disabilities become more self-sufficient. She told the Ketchikan Daily News in 2017 that she hoped to help community members find new meaning in their lives.

“I just remember from one person to the next, she would take them under her wing,” O’Brien said, “she would try to guide them through, she would offer her home for support for them, there are some people who would stay with her and she would help them get from one place to another in terms of their fiscal responsibility in terms of where they were living, and where they were going to eventually move to, and their emotional progress through all of that.”

It’s not clear if the driver of the car, Gerald Gwilliam, has an attorney. He’s not listed in Ketchikan’s phone directory. Attempts by KRBD to contact him on Monday were not successful.

In the interest of full disclosure, Gene O’Brien is a member of KRBD’s board of directors.