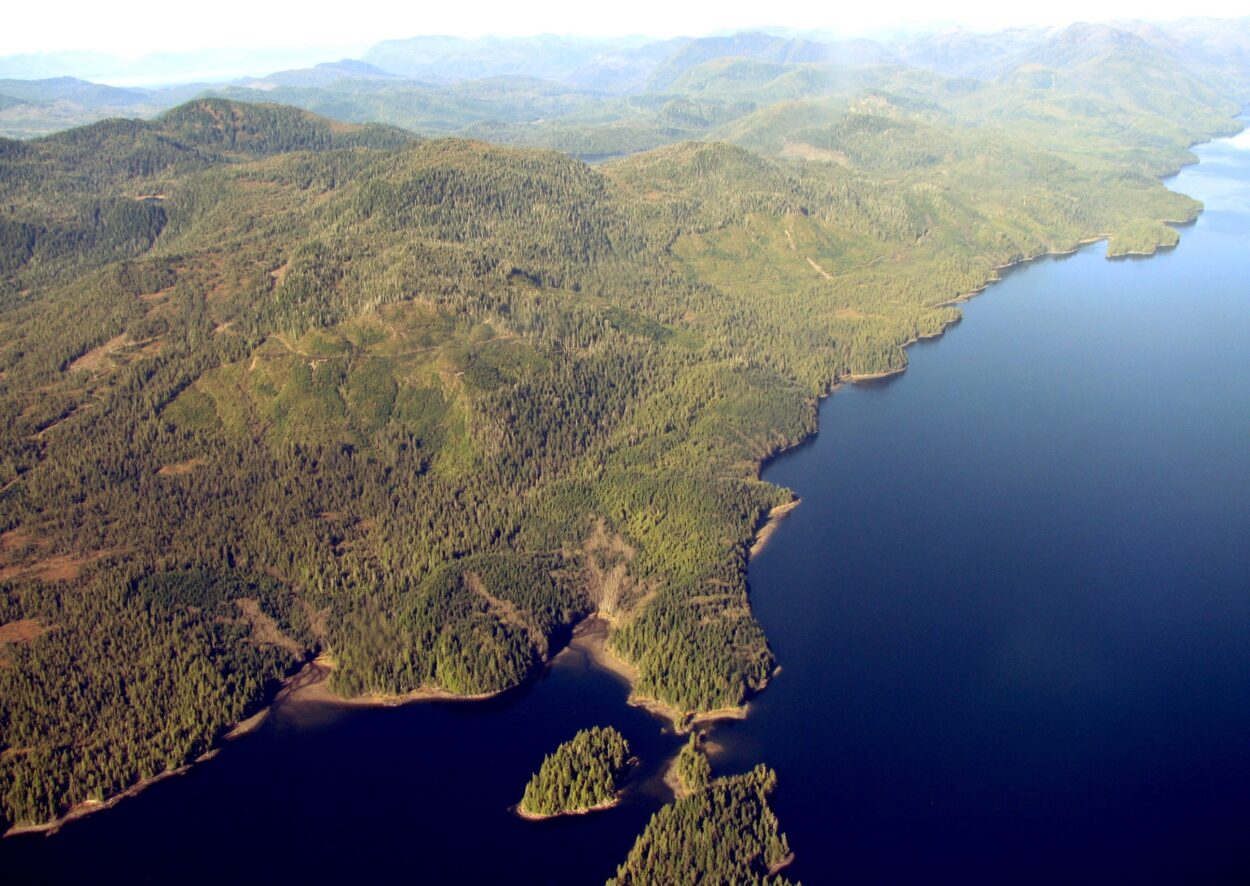 The western shores of Carroll Inlet in 2015. (Photo by Larry Edwards/Alaska Rainforest Defenders)

They’ve filed a bill that would reverse the Trump administration’s decision to exempt the nation’s largest national forest from the 2001 rule that restricts road-building and other development.

And with the U.S. Senate slated to change hands, the bills filed in both chambers on Tuesday have better prospects than previous efforts.

“The looming climate crisis has only increased the need to protect America’s last remaining wild forestlands, which reduce wildland fire risk and store huge amounts of carbon,” Sen. Cantwell said in a statement.

It could open up 185,000 acres of old growth forest in Southeast Alaska to logging.

But it’s proven controversial. Forest Service hearings in recent years showed the Clinton-era rule had strong support both in Alaska and Outside. 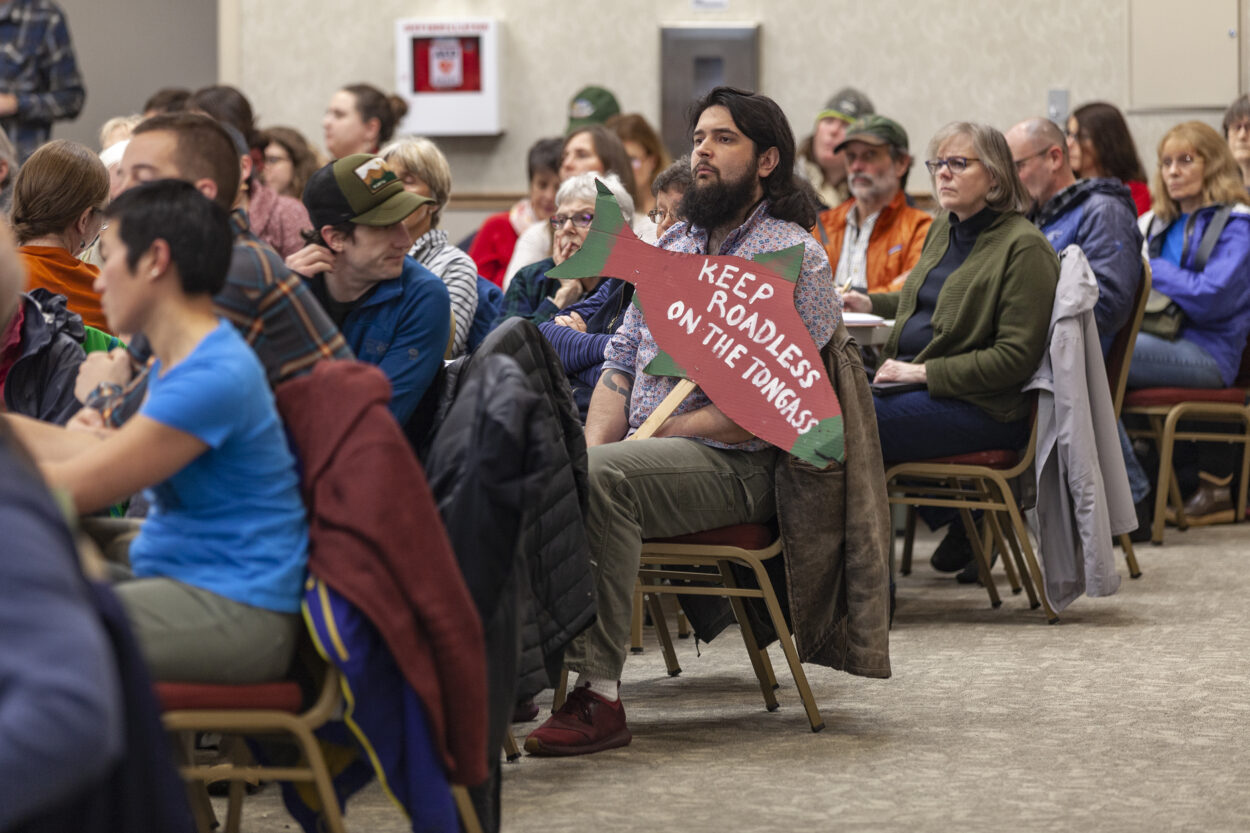 Conor Lendrum, of the Southeast Alaska Conservation Council, listens to a presentation on the Roadless Rule on Monday, November 4, 2019, in Juneau, Alaska. (Photo by Rashah McChesney/Alaska’s Energy Desk)

“This legislation preserves roadless areas for hunting and fishing, activities that support a subsistence lifestyle and define a way of life for many people living in rural forested areas,” the groups wrote.

A coalition of conservationists and Southeast Alaska tribes filed a lawsuit last month to compel the U.S. Department of Agriculture to reinstate the Roadless Rule.