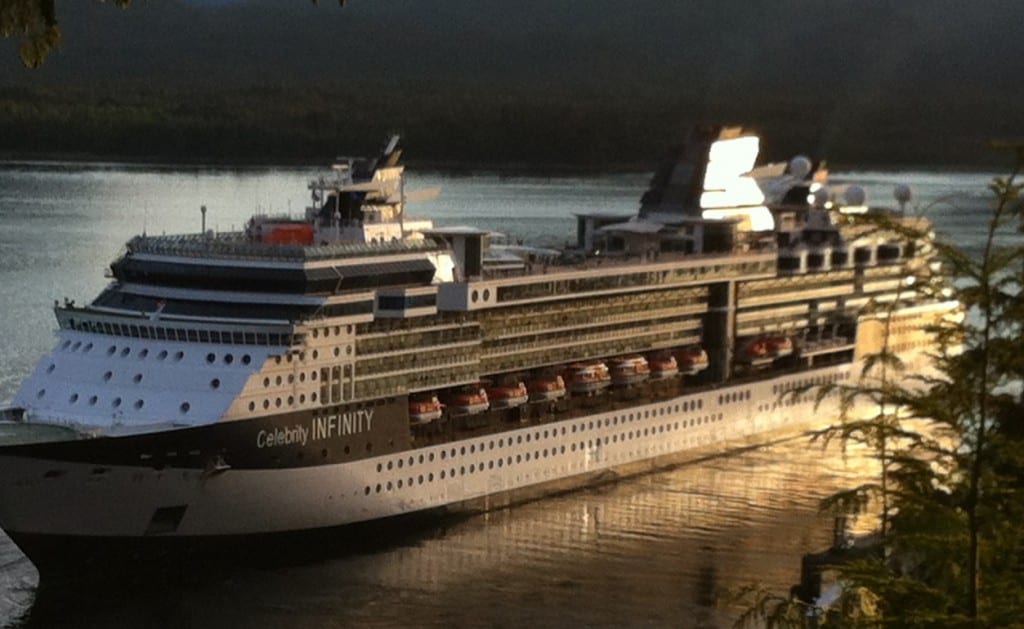 The state Department of Environmental Conservation is looking to hire environmental monitors to inspect cruise ships over a six-week period in May and June. It comes via a recent contract proposal to field marine engineers on commercial passenger vessels during the early part of the cruise season.

“We’re going to get onboard 100% of the cruise vessels that are coming in the state,” DEC’s Water Division Director Randy Bates told CoastAlaska on Tuesday.

The proposal would include the megaships with thousands of passengers and crew. But unlike the Ocean Ranger program, it would also cover smaller, high-end 60-person cruises operated by boutique lines like National Geographic Expeditions and UnCruise.

“DEC is committed to environmental oversight of cruise ships, and we expect the cruise ships to comply with our existing laws while they’re in Alaska waters,” Bates said.

The agency is offering up to $400,000 annually for marine engineers to inspect 30 to 40 ships. The money would come from a head tax paid by cruise ship passengers.

But it’s a fraction of the $3.4 million Ocean Ranger program that was funded out of that same head tax money. That program had marine engineers on more than half of all voyages by large cruise ships.

Gov. Mike Dunleavy has twice defunded the Ocean Rangers through line item vetoes over the objections of state lawmakers. His administrator’s legislative proposal to repeal and replace the program has stalled in the legislature.

Rep. Zack Fields (D-Anchorage) says blocking that program goes against the will of voters who approved the Ocean Rangers program in 2006.

“What I’ve heard is very strong support for the Ocean Ranger program, both from the public and for members of the legislature,” Fields said Tuesday. “Because the cruise industry is an important part of our economy. And it’s important that the public have confidence that there aren’t going to be illegal discharges.”

“We were actually working on legislation to update the Ocean Ranger program to include the capacity for remote monitoring that is electronic monitoring, complementing in person inspections,” Fields said. “So I would like to return that legislation when we get organized.”

The DEC contract also makes allowances for monitors to ride along but prevents them from booking berths on what are often overnight trips.

“This seems to be yet another example of the Department of Environmental Conservation’s lackadaisical approach towards enforcement of Alaska’s laws designed to protect the water,” Juneau attorney Joe Geldhof said.

Industry veterans say a mix of qualified engineers and electronic monitoring could probably be an efficient way to police cruise ship pollution.

“I was in the Coast Guard when we first came up with the oversight when they discovered they were doing overboard discharges,” Ed Page, executive director of the Marine Exchange of Alaska. He’s referring to the 1990s when cruise lines were accused of illegally dumping in Alaska waters.

“I look at it 20 years later, I’m going, ‘There’s some pretty good technology that could be coming into play,'” he said. “I still think you need a human, though.”

Ed White helped develop and run the Ocean Rangers program as head of DEC’s cruise ship program. He left the agency in 2019 after more than a decade.

“The proposal in some ways reminds me of 2007 when there was a partial Ocean Ranger program immediately after the ballot measure when there wasn’t much time to prepare the contract or to hire,” he wrote in an email to CoastAlaska. “It was difficult to hire, train, and transport Ocean Rangers each year, but a lot of hard work by contractors and staff made the program possible.”

It remains unclear how many cruise ships will return to Alaska in 2021. The pandemic erased last year’s season and so far cruise lines have announced early cancellations suggesting that if cruises do resume they’ll be later in the season.

This article has been updated to include comment from CLIA’s Mike Tibbles.