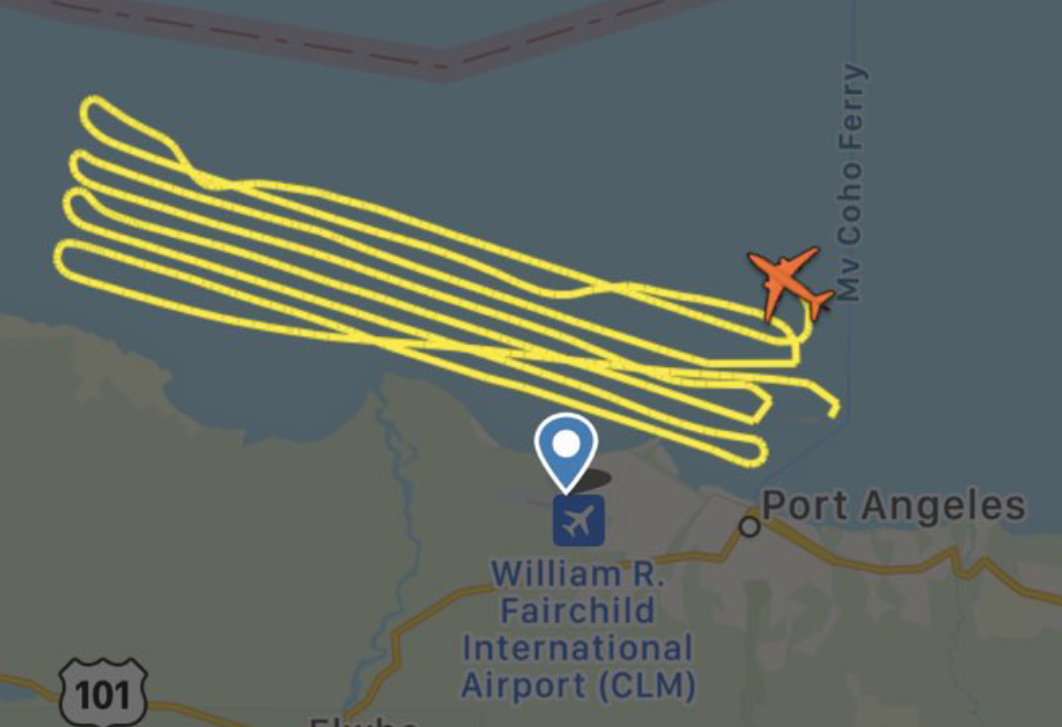 Authorities called off Wednesday’s search for the pilot of a missing Cessna airplane that went down near Washington state’s Olympic Peninsula. The U.S. and Canadian Coast Guards helped scour more than 1,000 square miles for the small plane that had taken off from Ketchikan the day before.

A man piloting a single engine Cessna radioed for help around 4:40 p.m. local time Tuesday. He reported he was about five miles north of Port Angeles, Washington and could see the boat traffic below.

“Right in the middle — I’m out here by — there’s a boat going by. There’s a tanker getting drug. I’m out in the middle. I’m going down now. I’m going into the water,” the unnamed man called out over the radio.

Coast Guard spokesperson Petty Officer Steve Strohmaier said Wednesday morning that units were activated to help search both from the air and water.

“We also received help from our Canadian partners up north and as well as a Naval Air Station helicopter from Whidbey Island,” he said.

He says Coast Guard vessels from both nations used infrared cameras and radar to search for the lost plane over two days.

But as dusk fell Wednesday, Strohmaier says the search was called off.

“It’s very unfortunate and tragic that we have not been able to find any parts of the plane or anything in regards to the missing man,” Stromeier said Wednesday afternoon.

He added the search may resume if more information becomes available.

The Coast Guard said the aircraft was flying from Ketchikan to Port Angeles, Washington. Authorities have not released the name of the missing pilot or the Cessna’s tail number. But Strohmaier says authorities are in touch with the man’s family.