A resident of Prince of Wales Island, who is the world’s oldest living Haida, is being honored for his longevity and community service. Fred Hamilton, Sr. will be celebrating his birthday next Tuesday in Craig, the community he was born in 100 years to the day.

Fred Hamilton, Sr. was born in Craig in 1921, the middle of nine children. He is of the Raven moiety and his crests are Owl, Brown Bear and Flicker.  When he was 10 years old, his mother died and he and several of his siblings were sent to the Sheldon Jackson boarding school in Sitka the following year. Hamilton said he would return to Craig each summer to commercial fish to earn money to pay the $35 annual tuition. After graduating in 1942, he and another man from Sitka joined the Navy. 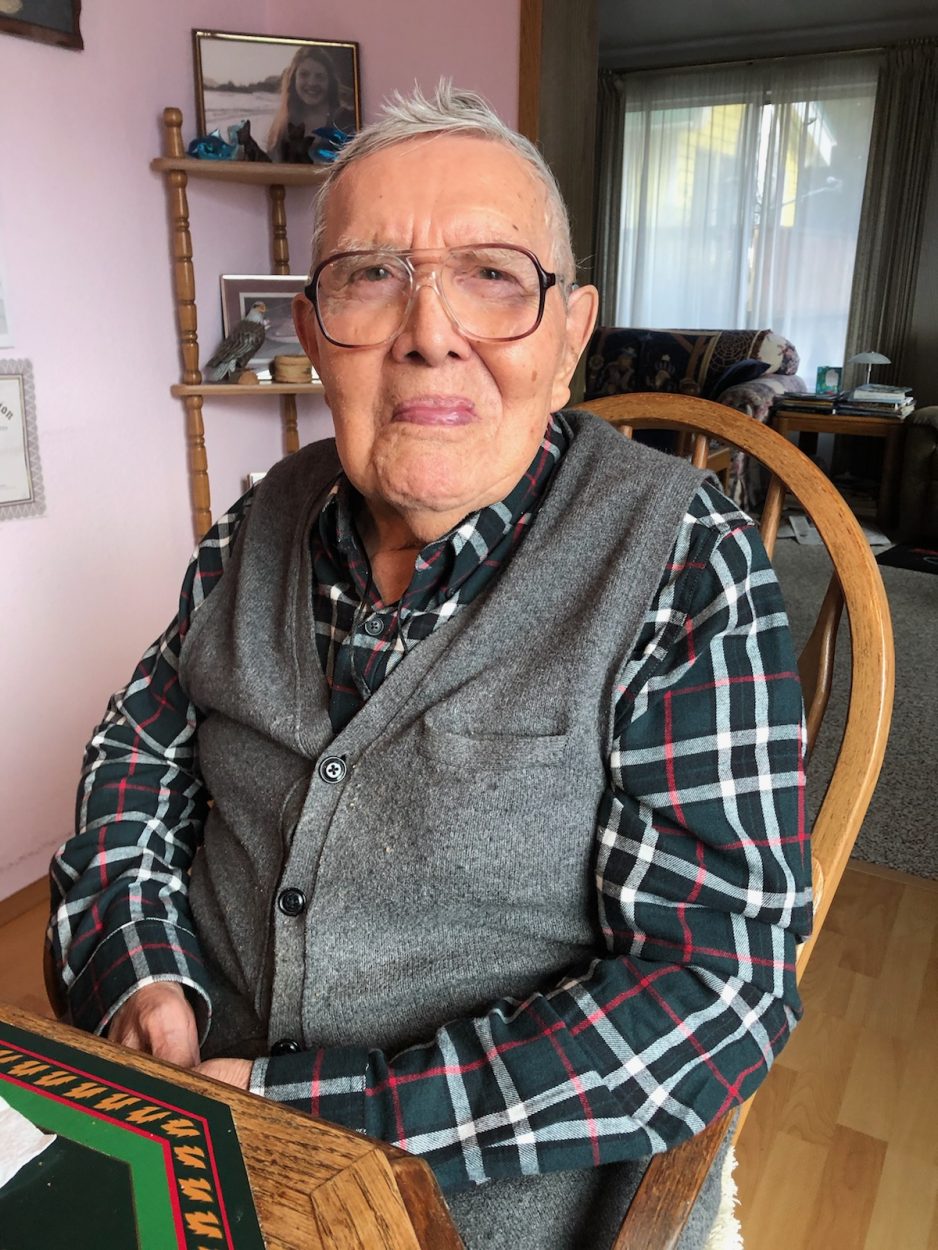 “And I never did learn how to swim. We didn’t go to boot camp because there were just two of us. So I served all my time in the Navy and I didn’t know how to swim. That should set some kind of a record.”

He was stationed in Dutch Harbor and Kodiak Island during World War II and later was sent to Seattle where he met his future wife Beverly Jean Bailey. In 1948 the couple returned to Craig for good.

His wife died in 2005. Hamilton jokes he’s game to remarry.

“Oh yeah, I’m still shopping around. Do you have any suggestions?”

He’s had a varied career, working on the state ferries, for the long-defunct post-war Ellis Airlines, as a commercial fisherman and small business owner.

Hamilton lives independently in his own home with assistance from family members who prepare his meals.

He says one of the reasons for his longevity is his bright outlook on life.

“Always think positive and help people. And a happy family is very instrumental too.”

Reflecting back on changes he’s seen over his lifetime, he says because of television and smart phones and other technology, people have become disconnected from one another.

“Because for one thing, you just can’t have a good visit anymore because everybody is listening for a phone call. You have less contact with people.”

Hamilton says family is the most important thing and he enjoys spending time with his. Three of his five children and four of his 12 grandchildren live in Craig.

Volunteerism is also important to him and he has served as a volunteer firefighter, school board member, city council member, Boy Scout leader, and timekeeper at school basketball games. His faith is important to him as well, and he is a member of the First Presbyterian Church of Craig and Klawock. Hamilton’s advice is to be friendly, help others and to not dwell on bad things that may happen in life. 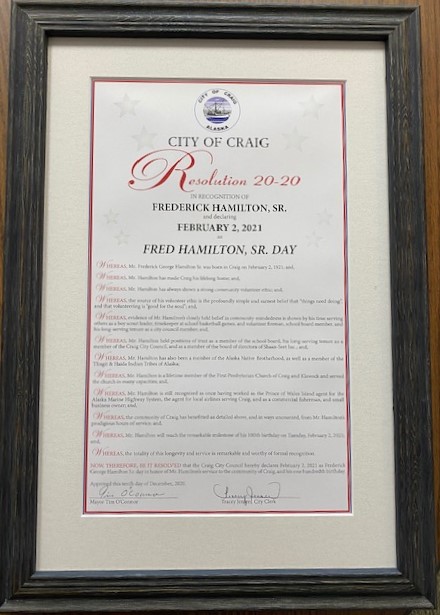 His youngest daughter, June May says he had a stroke about nine years ago but has “been a trooper” and recovered well. She says the family is very proud of him.

“We all think and know how amazing he is. He’s just been a good role model for us all our lives. And we are just doing everything we can to keep him here as long as we can and enjoy each day with him.”

Sealaska Heritage Institute is bringing attention to his upcoming birthday. It urges fellow Haidas and others to send him a birthday card or note. May says they hoped to receive 100 cards from well-wishers, and that goal has already been surpassed. The City of Craig has proclaimed February 2, 2021 as Fred Hamilton, Sr. Day.

A parade past his house is scheduled this Sunday from 2 – 3 p.m. and organizers are encouraging people to drive or walk by to wave and wish him a happy 100th birthday.