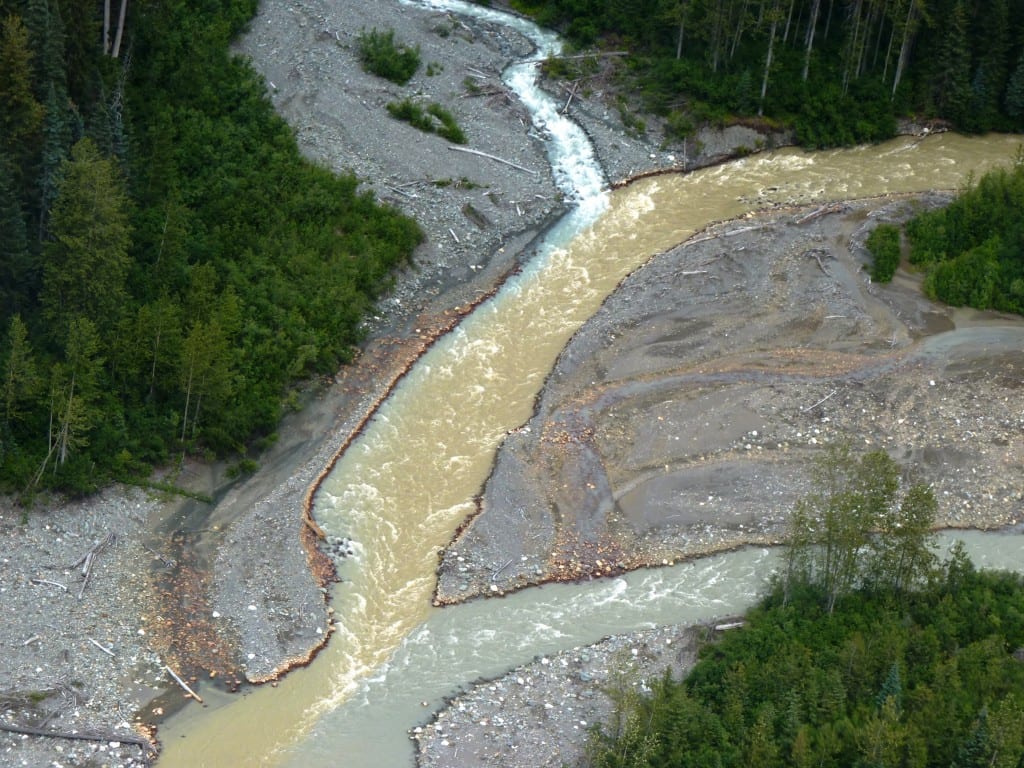 A 22-page final report released on Thursday culminates two years of data collected from water, sediment and fish tissue in three transboundary watersheds that straddle the frontier. And now, Alaska and British Columbia governments say their work is done.

“Given the existence of other sampling programs planned by state, federal or provincial agencies throughout the transboundary region, there is no need to continue the joint program,” the state and province said in a joint-statement.

“With all the resources didn’t feel like it was necessary for multiple agencies to be collecting the same thing,” Terri Lomax, a program manager with the state Department of Conservation, told CoastAlaska.

She’s been part of the cross-border effort ever since Gov. Bill Walker signed a landmark agreement in 2015 with B.C. to set up joint water quality monitoring for a shared watershed that hosts a booming Canadian mining sector that drains into Southeast Alaska.

Provincial officials say they agree that the program has run its course.

“Because of these established sampling programs in the region,” said Greg Tamblyn of  the B.C.’s Ministry of Environment and Climate Change’s regional water quality section, “continuation of the joint sampling program would really be redundant.”

But not everyone is convinced. And those that had pushed for the monitoring in the first place say they feel the state and province are letting themselves off the hook.

United Fishermen of Alaska says the state isn’t taking its responsibility seriously. The Taku and Stikine are significant salmon producing rivers that have struggled in recent years. These fisheries are a key subsistence food source for Southeast Alaskans. And, they’re prized for the cash value for commercial and charter fleets though they’ve struggled in recent years.

“We have made every attempt possible to engage the State of Alaska on this issue, and the fact that they arrived at these premature conclusions is a disservice to Alaskans and the fishing communities of Southeast Alaska,” UFA’s Executive Director Frances Leach said in a statement on Friday. “We need our federal delegation to elevate this issue to the highest levels.”

The final report says that two years of data found that water quality standards weren’t exceeded on Alaska’s side of the border. It found times when certain heavy metals were over limits in sediment but noted there’s a lot of natural occurring minerals in the region.

Scientists who have studied these watersheds say a couple of years is a blink of an eye for dynamic river systems.

“You can’t measure a given site once or twice a year for two years and claim that you know the baseline watershed health of that area,” Chris Sergeant, a freshwater ecologist University of Montana’s Flathead Lake Biological Station.

The final report noted there was little evidence of contamination and aquatic life appeared healthy. But Sergeant says many of the mines that Alaskans downstream are worried about haven’t been built yet.

“We have a lot of potential mines coming down the pike that are very large projects such as KSM, or Shaft Creek or Galore Creek,” Sergeant told CoastAlaska by phone from Seattle. “And so I’m looking at like, ‘Well, do we know what these metal patterns look like right now and these rivers in case those big projects are built and things change?’ And I just don’t think we’re set up for success to answer that question yet.”

The stream gauges such as those on the Unuk River operated by the U.S. Geological Survey are important, Sergeant says, but he says they are on Alaska’s side of the border but they are not getting the data further upstream to gather baseline data that could be an early warning if discrete levels of contaminants enter a watershed.

“The salmon swim right past that border, they go way up in those streams,” he said. “And there’s a lot of other, less catastrophic contaminants that can harm fish, and we’re just not measuring those things.”

It was Southeast Alaska tribes that helped spur the Walker administration to engage B.C. over transboundary mining. And they say the that commitment hasn’t survived a political transition following the election of Republican Gov. Mike Dunleavy.

The joint report cited a “well-established” monitoring program run by tribes, including Central Council of the Tlingit and Haida Indian Tribes of Alaska as ongoing efforts to collect data in the region.

The tribe released a statement the following day saying it hadn’t been involved in the joint monitoring project since 2018. It urged the state and province to continues its efforts even after the release of two years of data.

Tlingit & Haida vice president Will Micklin says the state and province’s two years of sampling is far from comprehensive.

“It is one step forward, it is not the end of the journey,”  Micklin told CoastAlaska. “This should not indicate to anyone that the testing is complete and more actions need not be pursued.”

But Alaska and B.C. will remain in constant contact.

Greg Tamblyn of the environment ministry office in Smithers, B.C. says the existing cooperation pact remains standing. Even after the joint-monitoring work ends.

“So that’ll help ensure a collaboration between the two parties and the long term protection of the transboundary waters,” he told CoastAlaska.

The cross-border work group established during Gov. Walker’s administration will continue to meet twice a year.