Thousands of books rescued and on ice after mishap 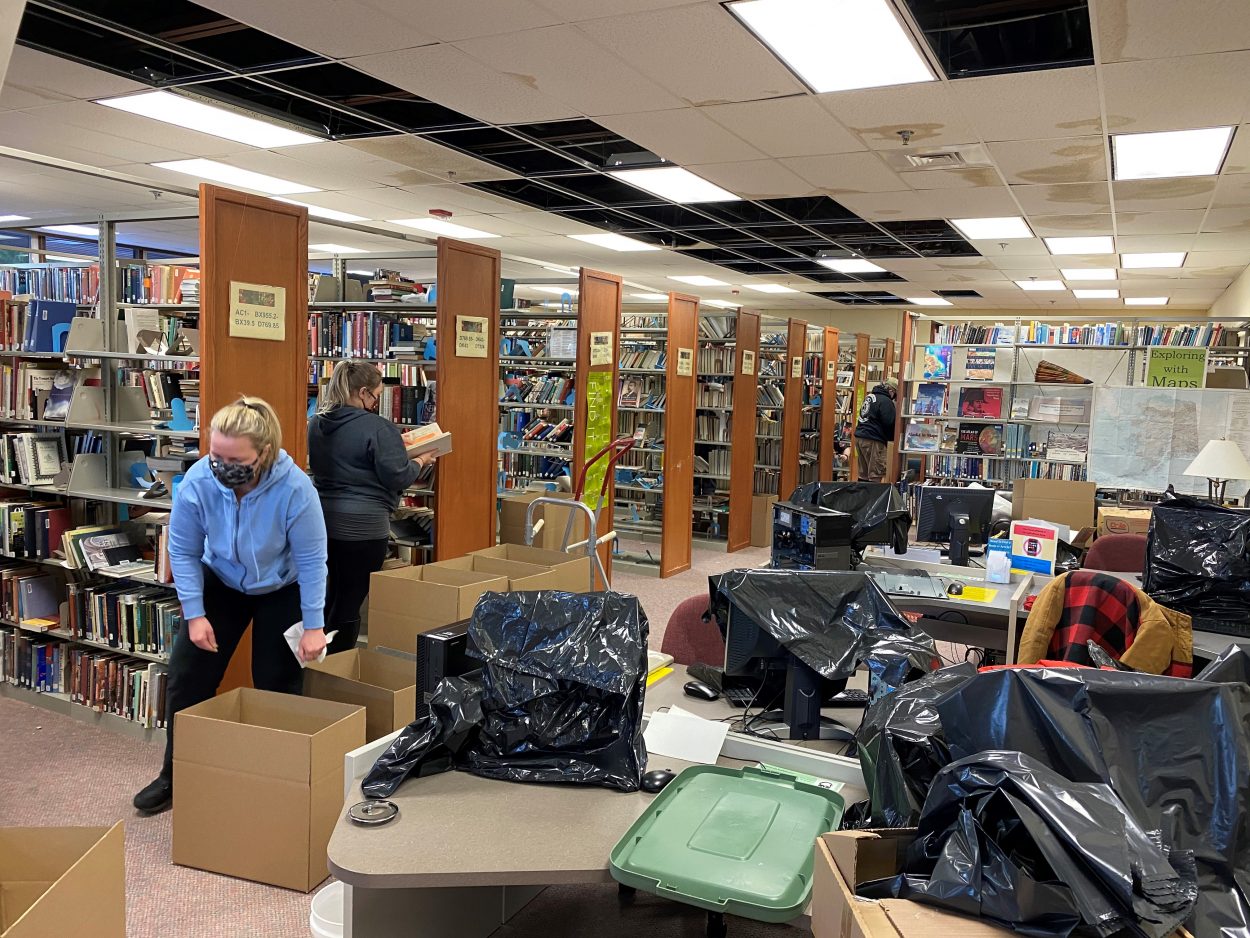 Thousands of library books — some of them rare — are in cold storage after a sprinkler pipe burst on the University of Alaska Southeast’s Ketchikan campus. College librarians are going to great lengths to salvage items from the collection.

Freezing temperatures in Ketchikan brought the mercury down to single digits at night and in the 20s during the day in Ketchikan in early February. That’s thought to have caused a pipe to burst on the top floor of U-A-S’s Ziegler building, with water flooding down to the second floor that houses the library and Student Center, says campus business manager Chris Hoyt.

Water continued to flow through the walls and floors, soaking portions of first floor offices. Computers and workstations were damaged before the maintenance staff shut the water off after about 15 minutes. A thousand gallons of water had been released.

The sprinkler system triggered an alarm that called the fire department. Hoyt says it was “all hands on deck” to do what they could to rescue the campus’ library collection.

“It was still freezing weather, so that’s the best solution for a wet book – to get it frozen. 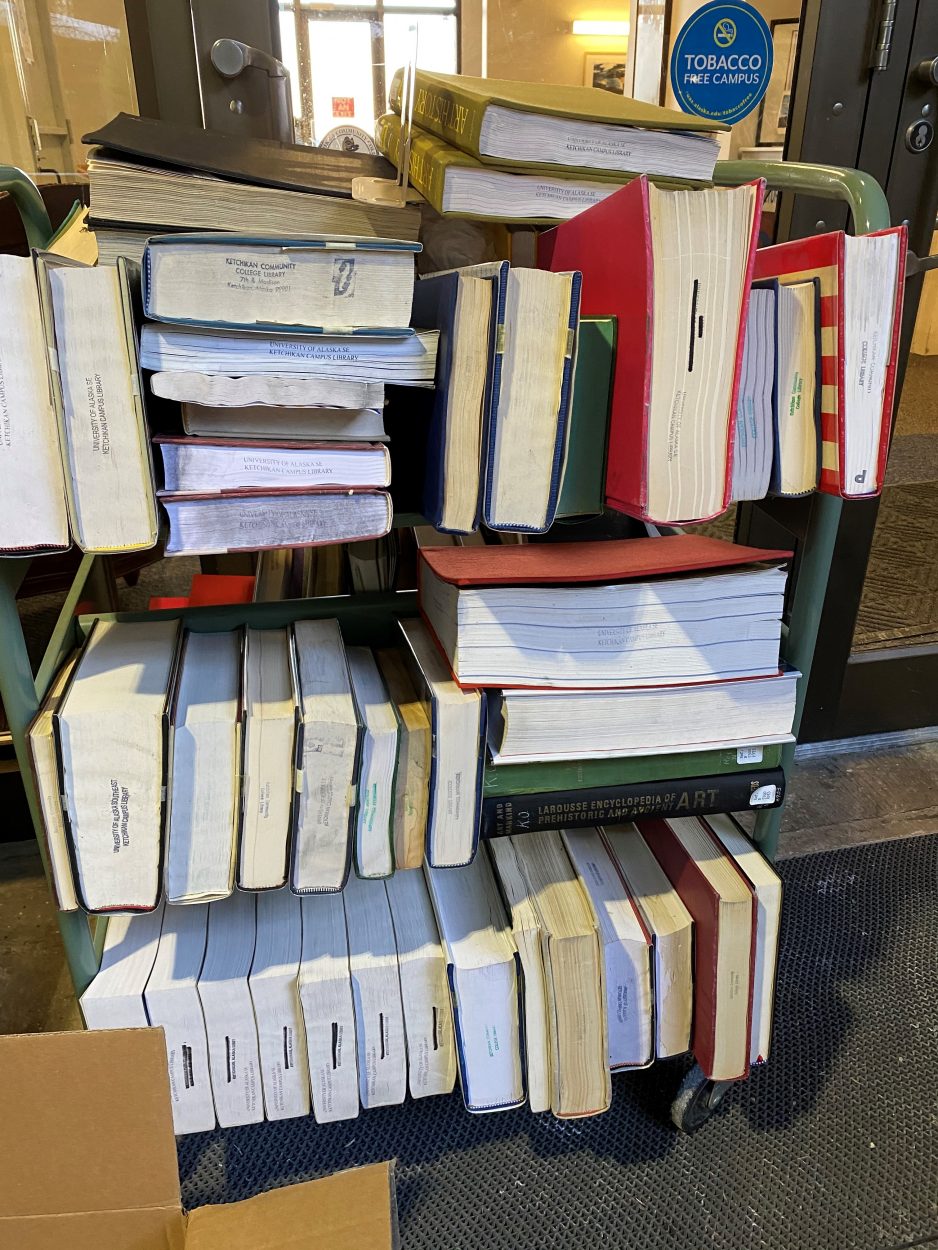 Damp books remain outside in boxes and carts to freeze them to prohibit mold and mildew damage (photo courtesy of UAS Ketchikan).

Freezing keeps the books from developing mold and mildew.  To protect the books that remained indoors, temperatures in the library were kept low.

Campus librarian Kathy Bolling says commercial dehumidifiers and high-powered fans were deployed to dry everything out.

“If we’ve got 70 degree temperatures at 70 percent relative humidity for just a couple of days, that could have taken out the entire collection.”

Books were put in carts and boxes based on the extent of saturation and stored outside to keep them cold until a freezer van arrived the next morning. And there they’ll remain until a plan is in place to restore them.

Some books may be beyond repair. Bolling says they’re not sure just how many. UAS’s Ketchikan Campus library has an academic library for its classes and research.

“We have such a unique collection. We’re going to do our best to salvage what we can and replace what we can, and try not to cry too much during that. This has been a library that’s been built over decades.”

One of the hardest hit areas is the Alaska Native culture and language collection. But Bolling says, fortunately, none of the rarest books were damaged.

“Putting them upright, fanning the pages – of course this is for hardbacks that can stand up – with fans in the room not pointed directly at the books and have a dehumidifier in that room. We’ll see, a day or two, how long it takes for those to dry out and then book press them.

UAS Ketchikan staff is consulting with other libraries and experts to determine the best path to take to restore its now frozen collection.  Despite the catastrophe, librarians are still checking out books remotely. The building, however, remains closed to the public until further notice.

UPDATE: Repairs to the library are progressing and librarian Kathy Bolling says they hope to reopen to the public on Monday, March 8. 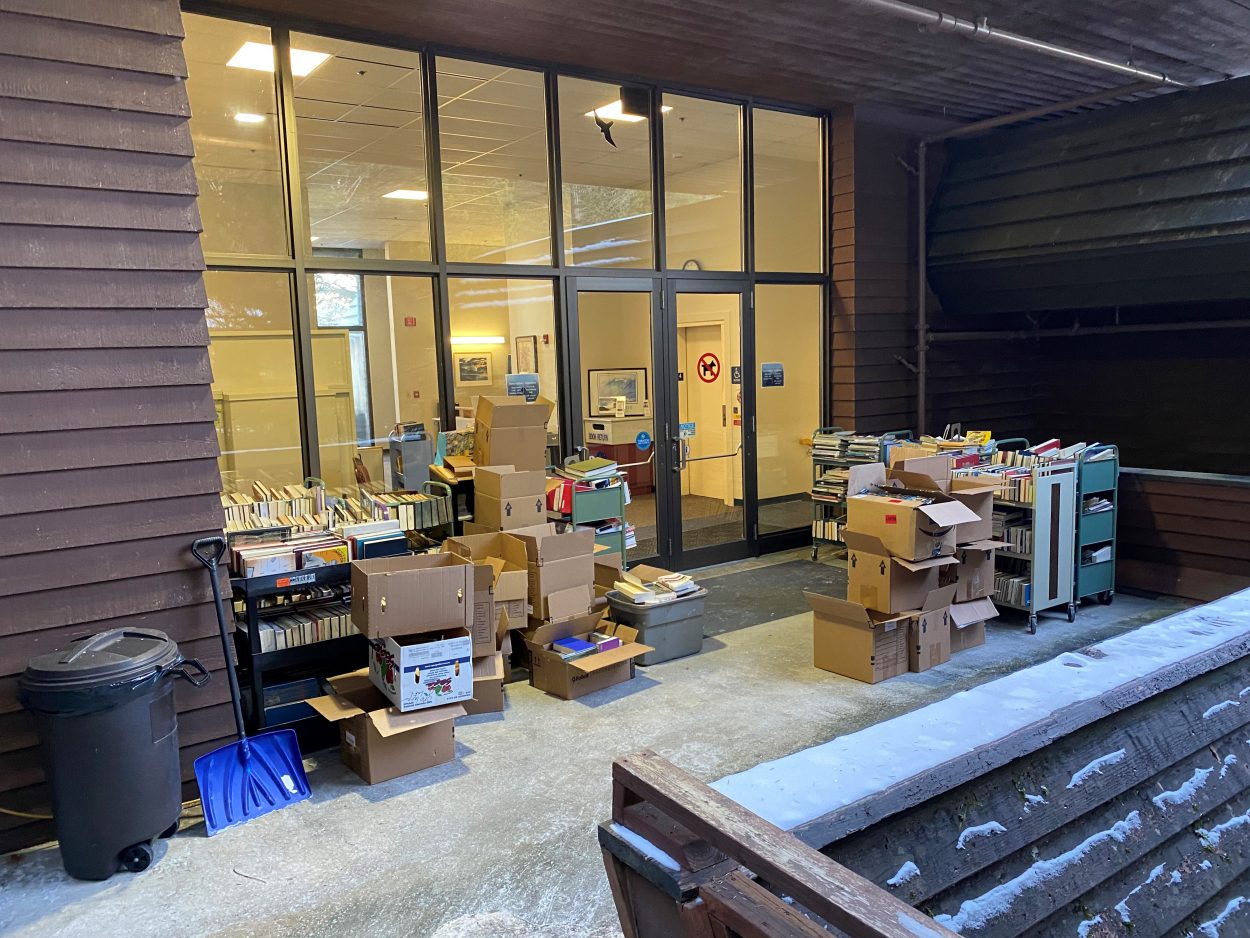