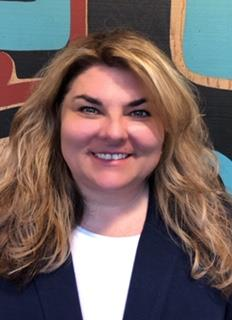 Ketchikan’s superintendent of schools is back on the job after a battle with COVID-19. That’s according to the district’s business manager, who had filled in as the acting head of the school district.

Superintendent Beth Lougee faced a personal tragedy in January when her husband — himself a superintendent in the Yukon-Kuskokwim Delta — died from complications of COVID-19. Shortly after returning to work from bereavement leave, Lougee was medevaced to Washington state as she faced complications from the disease.

Ketchikan’s school board will consider giving Parrott a $5,000 bonus for her work as acting superintendent over the past three months at its next regular meeting Wednesday evening. While most school board items are submitted by administrators, the bonus was proposed by an unnamed member of the elected body, according to the meeting agenda.

In other business Wednesday, the school board is set to consider renewing a five-year contract with the school district’s bus operator, First Student. Parrott says in a memo that the roughly $1.7 million-per-year contract is a “modest increase” over the district’s existing deal with the bus company. Parrott says school transportation costs are covered by a state education department grant, which in past years has exceeded the cost of bus service. First Student was the sole bidder for the bus contract.

Escalante proposes replacing the outdated materials in a roughly $30,000, six-year deal with education company Savvas. That’s on the recommendation of a district committee that he says reviewed offerings from four textbook companies. The purchase would include consumable print and digital materials, which means the district would need to purchase new ones at the end of the six-year subscription period.

Finally, the board will consider taking a step toward upgrading the Ketchikan High School auditorium’s decades-old sound system. Parrott, the business manager, says that adding the sound system to a list of planned school district capital projects would allow the district to put $285,000 left over from a 2013 school bond issue toward the new system.

Ketchikan’s school board meets at 6 p.m. Wednesday by videoconference. The meeting is live-streamed at the borough’s website and broadcast on local cable channels. Members of the public can weigh in by emailing the school board clerk at Kerry.Watson@k21schools.org or calling 247-2142 prior to 1 p.m. Wednesday.