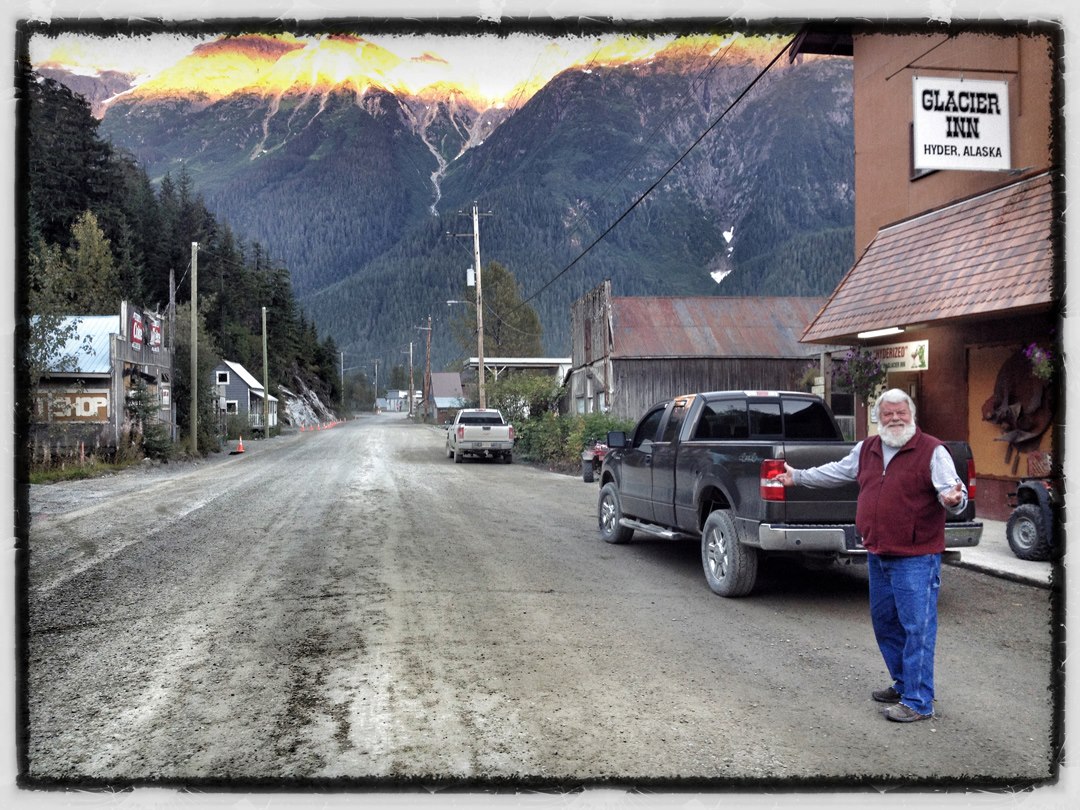 Wes Loe in Hyder, Alaska in 2012, before the road was paved (photo from Loe’s Facebook page).

On March 18th, the small Southeast Alaska community of Hyder, located on the Canadian border, lost a prominent citizen with a colorful past. I spoke with several friends and associates of 74-year-old Wes Loe and have this remembrance.

Wes Loe grew up in El Segundo, California. He served as a paratrooper in the Vietnam War and lived in Oregon for a while before moving to Alaska. Tracking down specific dates was difficult, but he lived in Ketchikan for 20 years.

While in Ketchikan, he owned Blue Heron Gallery and Gifts on Stedman Street, was manager of Newtown Liquor, and served as president of Ketchikan CHARR (Cabaret, Hotel, Restaurant and Retailers Association) for 15 years.

Dave Filyaw worked with Loe at the liquor store.

“Wes was a very gentle man.  Irishman, 100 percent. He commanded a room when he talked and spoke. He was just all around a really nice guy. Good guy.”

Filyaw says Loe mostly kept to himself in his private life, but he recalls Loe loved sailing, fishing and animals. Filyaw took over as store manager when Loe moved to Hyder.

Loe was president of the Hyder Community Association, and some referred to him as the unofficial mayor of the tight-knit community of about 60 people.

The town’s only road access is through British Columbia, and Hyder has a close relationship with Stewart, B.C. It relies on the Canadian town for supplies, fuel, groceries, medical facilities and schools.

Gina McKay is the District of Stewart’s mayor. She says she’s known Loe since he first moved to Hyder, even before she became mayor in 2018.

“Since that time, and especially in the last year with everything going on with our borders being closed, we’ve worked together quite closely. Mostly to make sure that Hyder still had access to all the essential services that they needed over here in Stewart. It was a pleasure to work with him these years.”

McKay says Loe was full of life and always busy helping his community in his role as president of the HCA.

“There’d be days where I would talk to him and he was either on the phone with Canada customs or Alaska state representatives, or jumping in a dump truck and doing the work that need to be done. He was a very ‘young’ man.”

McKay says she hadn’t heard from Loe in a while and called him in early March to see how he was doing.

“True to Wes fashion he said, ‘You know Gina, I’m fine. I don’t worry about me. All’s good.’ But you know he was really concerned about…it’s been a year (since the border’s been closed). And the toll it was taking on the other residents of Hyder. He had great concern for them, much more so than for himself. And I think that sort of sums him up.” 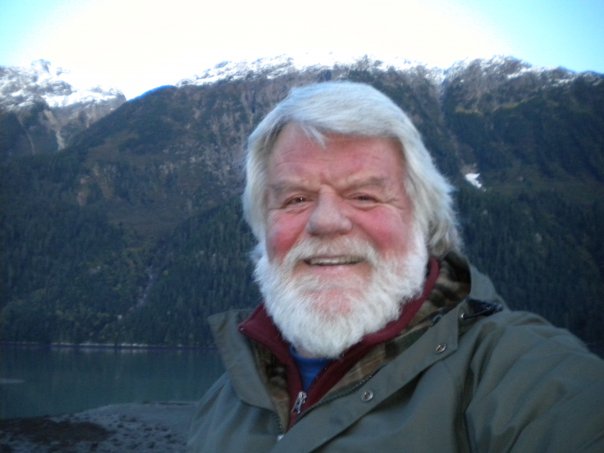 Carol Denton is clerk and board secretary of the Hyder Community Association.

“In addition to his rather dynamic personality, he did a lot of volunteer work for us in the town. From organizing cleanup projects to helping the highways crew. He’s going to be missed.”

Denton says his death was sudden and unexpected, but it appeared that he died peacefully.

Isaac Medeiros was born in Ketchikan but grew up in Hyder. After learning of Loe’s death, he posted a tribute video to Loe’s Facebook page. Medeiros says, as a teenager, he would hang out at the general store owed by Loe. He says Loe shared many stories with him about his travels, his time in the military, how he used to surf with one of the Beach Boys, and hung out on the set of the ‘60s T.V. series, McHale’s Navy.

Learning that Loe grew up in Southern California, Medeiros told him he wanted to make movies.

“Everyone usually ridiculed the idea or discouraged it, but Wes was one of the few guys to really inspire me to tell me I could do it and keep going at it. I would definitely cite him as probably one of the biggest influences of my younger years and why I decided to do this.”

Loe was featured in a student film Medeiros shot in Hyder. Medeiros is currently an independent filmmaker in Los Angeles. He says he kept in touch with Loe after moving to L.A. Phone calls became less frequent over the years, but they would email and Facebook each other on occasion.  He says the last message he sent was in early March.

“And it was just to let him know that my new movie had come out on Amazon. It was kind of a source of pride and I always wanted his approval and wanted him to know I was doing something. And so I sent that to him. It looks like he got to see it actually and passed away a week later, so I’m kind of glad I reached out there at the end.”

Though sorry for his friend’s death, he was glad Loe lived a full and happy life.

Carol Denton of Hyder says some of the town’s residents are snowbirds, heading to sunnier climes in the winter and returning to the community in the summer. She says a celebration of life will take place when summer residents return.