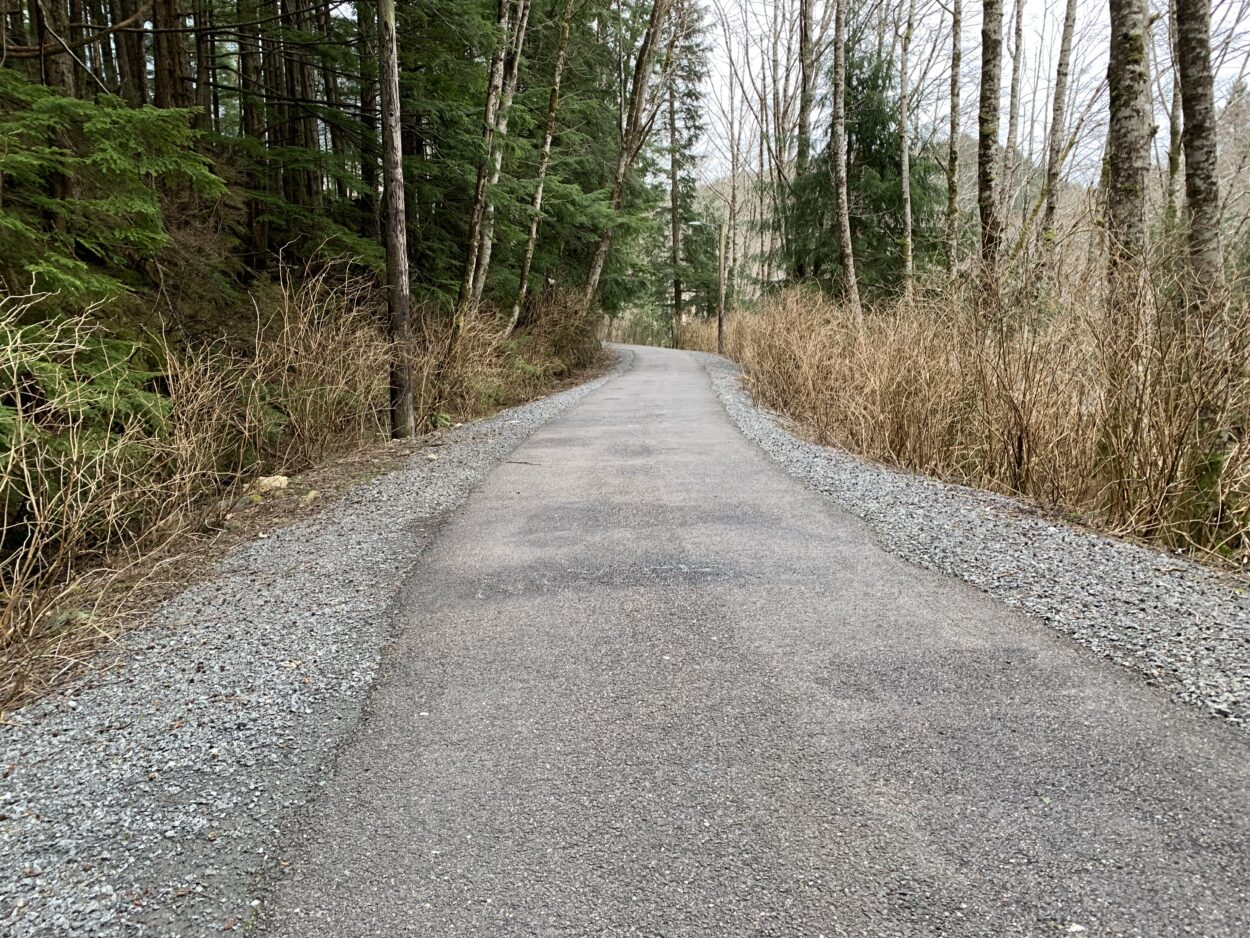 Ketchikan police are investigating racist and homophobic graffiti that appeared around an asphalt trail and a local skatepark over the weekend. Police say no suspects have been identified.

Barbara Burns was walking on Sunday morning with a friend on the trail near Schoenbar Middle School when she first noticed a drawing of male genitalia spray-painted on the asphalt.

“We laughed. We thought it was funny, you know, kids having fun,” she said. “And then the swastikas started coming up, and then the hate speech, and it just disgusted us.”

Her friend Reonna Durossette posted photos of the drawings and messages to social media on Sunday. They show racist, anti-LGBTQ, anti-Semitic and anti-police symbols and slogans painted on and around the asphalt trail.

Durossette said some of the writings and drawings hit home.

“I have a lot of family in the LGBTQ community, and a lot of Black family members, and it just — I was disgusted,” she said.

“We have some information that we’re looking into, but we haven’t been able to identify suspects,” he said.

He said the graffiti was likely drawn Saturday evening or Sunday morning. He said a nearby sunken section of Ketchikan’s skatepark was also vandalized.

Berntson said this doesn’t seem like the usual spray paint vandalism that crops up from time to time.

“This seems to be obviously pretty intentional. I don’t know if planned-out is the right term, but they certainly spent some quality time making some damage,” Berntson said.

He said offensive graffiti like this is rare in Ketchikan. By Sunday evening, the city’s public works department had removed the graffiti with pressure washers.

The perpetrator could face criminal mischief charges, “and then there’s also a financial aspect of repair. And so those are two different areas to look at if we were looking to pursue charges in this case,” Berntson said.

So far, police haven’t said whether the department is investigating the graffiti as a hate crime.

Durossette said that the hateful messages she saw don’t reflect the community she knows.

“Most people I know in Ketchikan are loving and open-armed and want to help and see people succeed, not talk down to people like that. That’s gross,” she said.