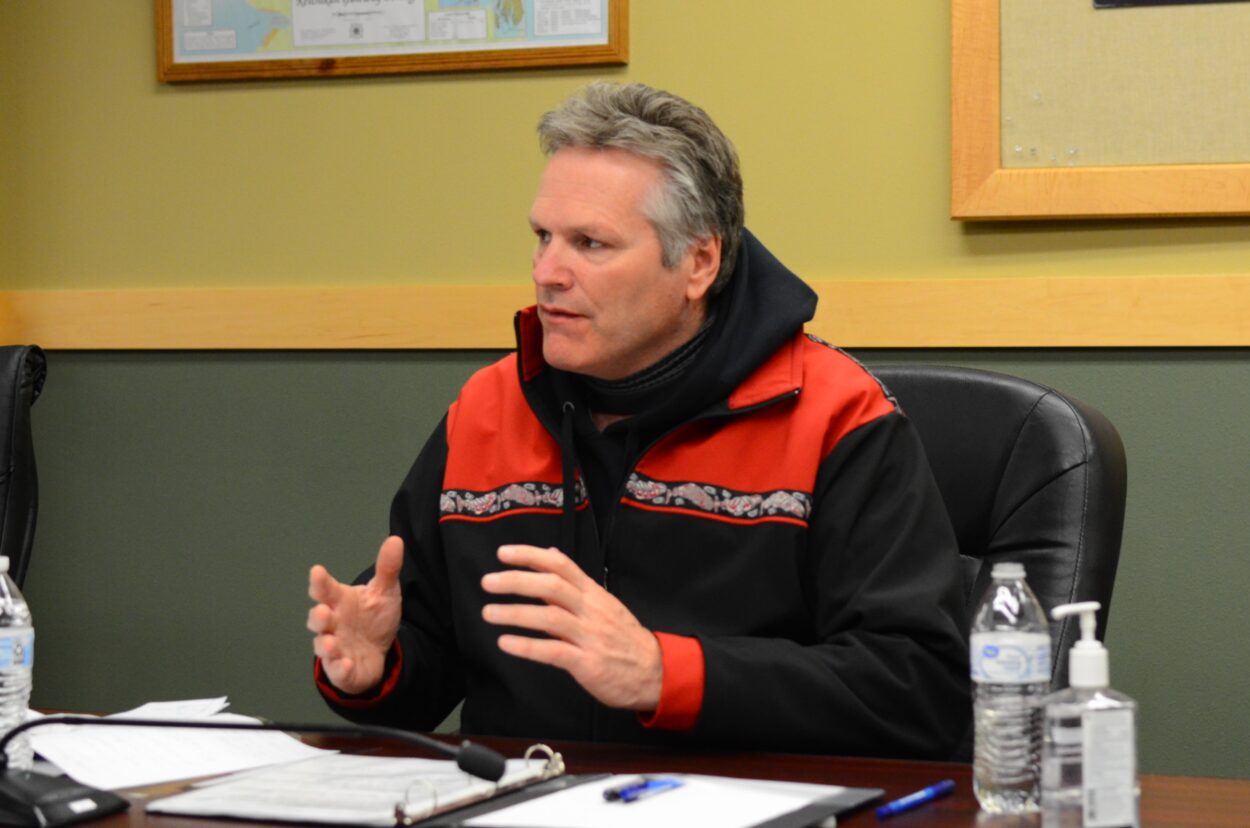 The governor and legislative leaders have agreed on a rough plan to use federal pandemic relief from Congress to help stabilize Alaska’s beleaguered ferry system.

Gov. Mike Dunleavy and lawmakers say a nearly $77 million windfall would allow the state to fund the Alaska Marine Highway System for the next year and a half. The governor visited Ketchikan on Thursday and discussed his proposal.

A $900 billion bill passed by Congress in the final days of 2020 included $14 billion for mass transit. This month state leaders learned that $76.8 million of that could be used for the Alaska Marine Highway System.

Now, Gov. Mike Dunleavy proposes funding the ferry system in next year’s budget for 18 months rather than the usual 12. That means this year’s budget would cover ferry operations from July 1 of this year through the end of 2022, he said during a stop in Ketchikan.

“What we’ve said we always want to do is stabilize the system, modernize the system and sustain the system so that it’s not up and down one year to the next,” Dunleavy told reporters.

Longer-term planning has long been a rallying cry for supporters of the marine highway. It was also a key recommendation of the governor’s working group which studied the ferry system last year.

Sitka Republican Sen. Bert Stedman, who accompanied Dunleavy, says this will be an important step towards stability for the ferry system.

“Not only should they increase their ridership, and what we’ve been told from the Alaska Marine Highway is that when they have an early schedule, they get about a 5% boost in sales, so that’s good,” Stedman said. 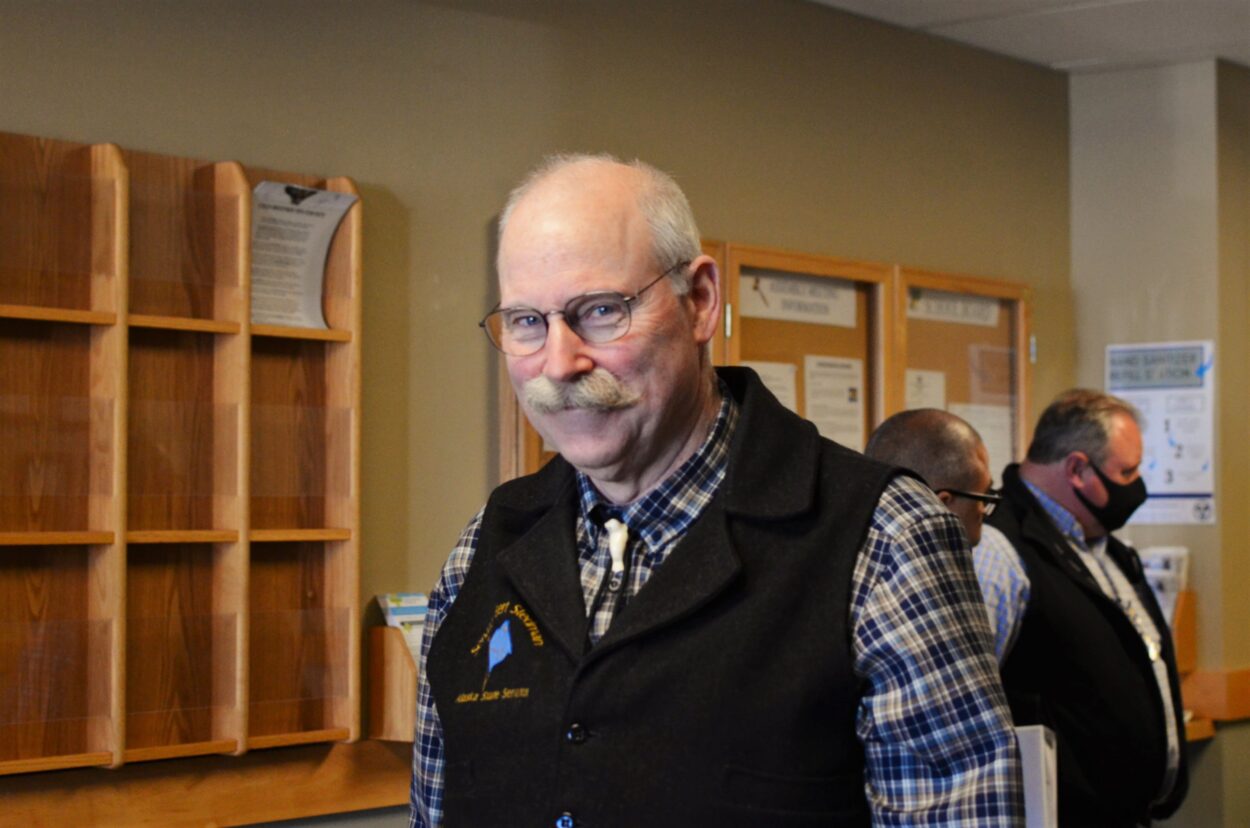 After that, Dunleavy also proposes syncing the ferry system’s budget with the calendar year rather than fiscal year used by the state government.

“This little change in the fiscal, the funding across the fiscal calendar years seems like it’s an easy step, but it’s going to help with the scheduling. But just also scheduling the capital projects on boats,” Dunleavy said.

Another key reform will be allowing the ferry system to keep the money it makes on passengers, vehicles and cargo.

“What’ll end up happening then is the marine highway would be able to take their farebox — their sales — and basically bank them, hang on to them,” Stedman said.

It’s an idea Ketchikan Rep. Dan Ortiz has been advocating for as co-chair of the House Finance Committee. The infusion of federal dollars has at least temporarily eased the tension between lawmakers sympathetic to the marine highway and the governor and his fellow ferry skeptics.

“It’s been really a positive experience being able to work with the governor instead of in opposition. And I have a very optimistic positive attitude in in more than just the Alaska Marine Highway System,” Stutes told CoastAlaska.

The governor proposed a $51 million operating budget for the marine highway. That’s slightly more than last year but much less than what lawmakers had approved before his vetoes trimmed it back.

Asked whether he still supports investing $51 million in state subsidies in light of the federal money available, Gov. Dunleavy said that’s a conversation to have with the legislature.

“Like any budget, you introduce, it doesn’t look exactly the same as it was introduced,” he said. “There’s other other considerations, and we’ll see what this this federal money does to the budget, but I think what we want to do is get the budget done, and then deal with the federal money.”

The governor also expressed for the first time his support for steering $15 million in federal highway dollars towards crew quarters for one of the state’s two Alaska-class ferries. That would expand the range of the Alaska-made vessels which are currently limited to 12 hours of continuous operations because crew members have no place to rest. The legislature had appropriated state money for that project last year but it was erased by the governor’s veto pen.