Lt. Governor seeks information on impacts due to loss of cruise industry 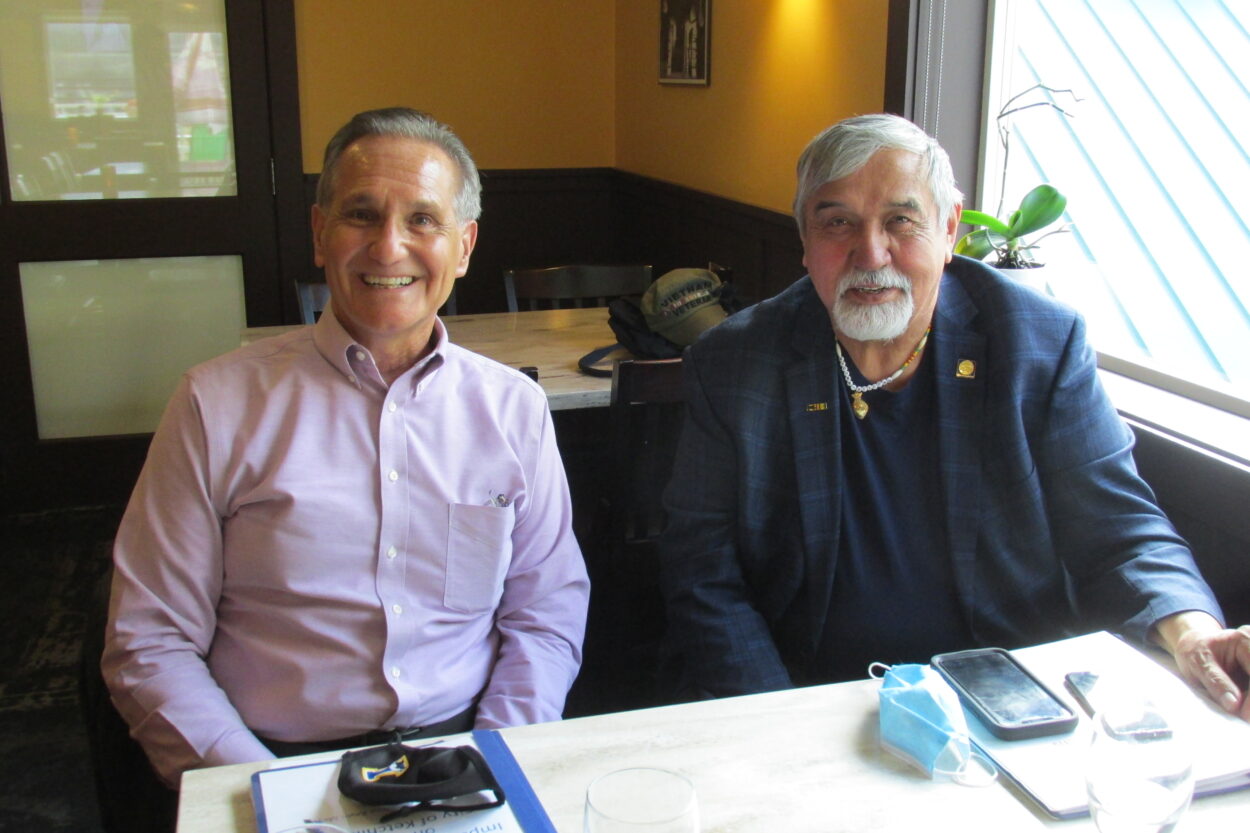 Lt. Gov. Kevin Meyer and former representative Bill Thomas made a stop in Ketchikan last week. The April 22 visit was to check on communities affected by the drop in cruise ship tourism, and gather information on impacts to businesses and what the state might do to help.

He says about $1 billion dollars is heading to Alaska through the federal American Rescue Plan or ARP.  In mid-April, Governor Mike Dunleavy proposed spending $150 million of those funds to revitalize Alaska tourism.  Meyer says they are targeting businesses that rely on the cruise industry for 75% or more of their revenue.

“They’re really going to be hurting. And those are the ones that we’re trying to find out who they are and then try to make sure this money gets to them to help them.”

While in Ketchikan, Meyer and Thomas met with business owners at gatherings organized by the Ketchikan Visitors Bureau and Ketchikan Chamber of Commerce. Meyer says in all of the communities they’ve visited so far, two things are commonly heard.

He says business owners also request that the application process be simple.

“The governor is proposing to have this done through Commerce. They’re geared up for it. They know how to do it. They’re familiar with the businesses here in the State of Alaska. And they will keep it simple.”

Thomas says what he is seeing as most devastating is loss of employees.

“We had one company that said they had 700 (employees). Several down here (in Ketchikan) had 300, they’re down to 25. Another one said they had 250, now 25. You have a loss of jobs, loss of talent, so if they were to fire up, even if it’s July, they couldn’t get the workforce. They’re worried about next year even.”

In addition to community visits, a page has been set up on the lieutenant governor’s website and Meyer is soliciting comments by email.

Meyer says the next step is to prepare a report for the governor’s review.  He says it’s ultimately up to the Legislature to decide how the money will be spent, and whether $150 million is an appropriate amount.

More information is on the Lt. Governor Listens: Alaska Tourism page. Comments can be emailed to ltgov.listens@alaska.gov.