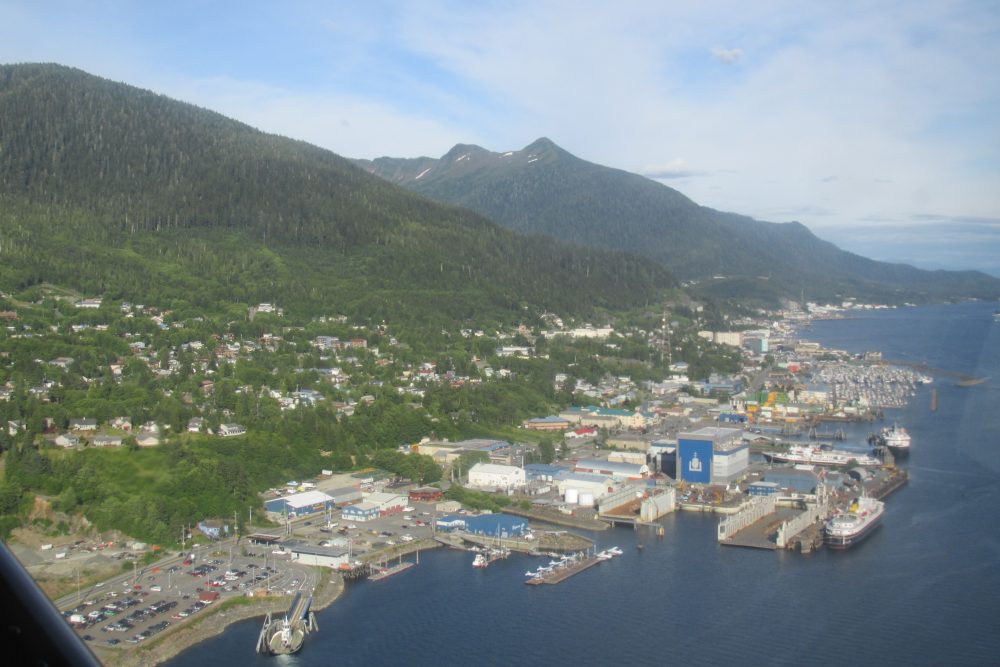 Back in March, as city officials grappled with the fiscal impact of a second summer without cruise ships, four city council members floated cuts to city employees’ hours as a money-saving measure.

City finance officials estimate that cutting the city’s non-union workforce back to four days a week for the remainder of the year would save more than $1 million.

But a recent survey found that less than 10% of city workers were interested in cutting back to four days a week — many said they couldn’t afford what would amount to a 20% pay cut.

At the City Council’s last meeting Thursday, Zenge walked back the idea.

“It was never my intent to push this — I don’t think it was any of our intents. We just wanted to see — was there any interest out there?” Zenge said. “Apparently, there’s not, so now we’ll have to go back to the drawing board and figure something else out if it comes to that.”

The council voted unanimously to nix the proposal. It also resolved to retain the city’s parking enforcement officer position, which had been in limbo.

In other business, the council unanimously authorized Ketchikan’s police department to trade guns for body armor.

Ketchikan’s police chief told the council in a memo that the department had accumulated 62 handguns, shotguns and rifles seized by officers. Deputy Chief Eric Mattson told the council that Ketchikan firearms dealer Coastal Commercial Services had offered to trade them for 10 sets of standard-issue body armor.

“These are weapons that are forfeited through the courts. As far as criminal cases, they could be intoxicated people possessing them, it could be cases where the firearm was involved with a narcotics case,” Mattson said.

Mattson told the council that the guns in question were not used in suicides or homicides: he said those weapons had been destroyed. He said 10 of the department’s vests are set to expire at the end of the year, and the gun trade would save the department about $8,000. Council Member Janalee Gage was skeptical of the arrangement. Here’s her quizzing Mattson over her concerns of putting the weapons back in circulation.

“Just out of curiosity, did they make sure that these weapons don’t go back to the original owners that had them confiscated?” Gage asked.

“Well, I can’t guarantee that, but I mean, if a person is eligible again to purchase a firearm, they could certainly purchase them back. But a lot of these cases are gonna be felony-type cases, so I doubt that they would be able to pass that background check. But I can’t certainly say 100% that no, they wouldn’t be able to buy them back,” Mattson replied.

The measure to trade seized guns for body armor passed 6-1 with Gage the sole nay vote.

“And so this would be a strategy for everybody in the community — the residents, as well as the industry — to have a point out in the future that we can all work towards,” Harney said.

He said the strategy would aim to avoid what’s happening in Juneau — some Capital City residents are asking voters to amend the city charter to limit cruise traffic.

Harney said a contractor would be tasked with gathering input from residents, tourism businesses, tribes and other stakeholders on the best ways to grow tourism responsibly. Council Member Abby Bradberry took issue with the idea that an outside consultant might be tasked with developing a strategy for the community.

“For me, I can’t imagine hiring a contractor from outside our community to create a plan or strategy for our community. There are so many people within the community that are capable of doing this,” Bradberry said.

Harney said Ketchikan businesses would be eligible to bid on the contract. The tourism strategy funding passed 4-3 with Council Members Bradberry, Flora and Gass voting no. Ketchikan’s borough government has already committed $80,000 to the project.