A view of Metlakatla on Annette Island, south of Ketchikan. (File photo by Leila Kheiry)

The Southeast Alaska community of Metlakatla is facing its worst COVID-19 outbreak to date. Local authorities announced the second Metlakatla death linked to the disease on Monday.

At the beginning of May, authorities in Metlakatla had reported only 13 cases of COVID-19 on the island since the start of the pandemic. Strict travel protocols, a mask mandate and distancing rules seemed to be working.

But on May 10, five people in the community tested positive. And at first, Metlakatla Indian Community Mayor Reginald Atkinson says it seemed like authorities had a handle on the outbreak.

“They were locally here doing a good job on isolating and locating the source,” Atkinson said.

But then, Atkinson said people who hadn’t recently traveled or come in contact with an infected person started testing positive.

“The outbreak entered into the community spread phase, which went kind of like wildfire,” he said.

Metlakatla has reported 29 cases since May 10 — more than twice the total number of cases reported prior to that date. The roughly 1,000-person community hit an all-time high of 21 active COVID-19 cases last week.

“By the end of this past weekend, it was pretty tense,” Atkinson said.

Atkinson says the rash of cases — each of which require time-consuming contact tracing — has strained the local clinic’s capacity. He says some people who tested positive wouldn’t cooperate with contact tracers — and he says some had even provided health officials with false information. 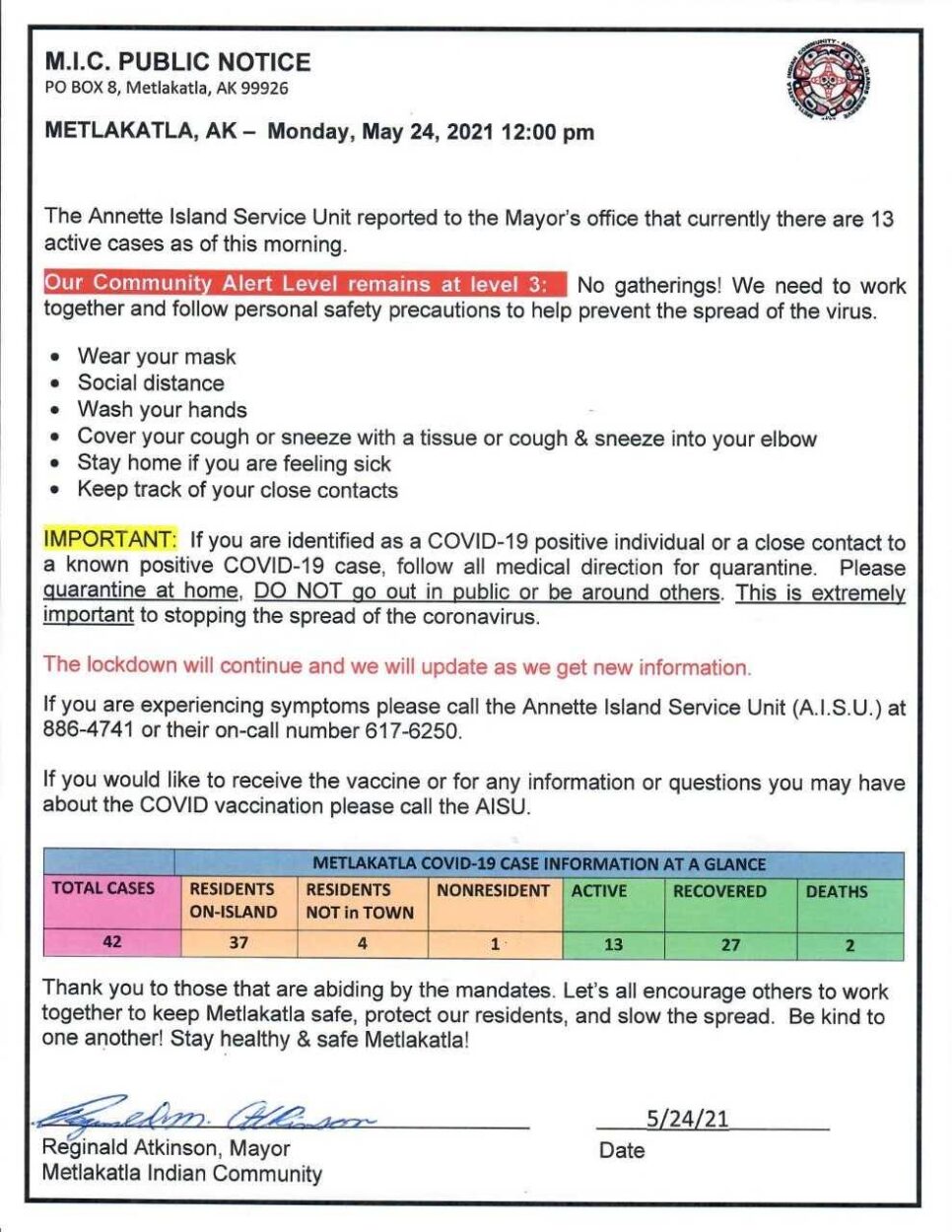 And now, the outbreak has claimed the life of a Metlakatla resident. Authorities reported the death Monday. No other information about the victim was provided. It’s the community’s second COVID-19 death since the pandemic began.

Over the weekend, Atkinson issued a statement online warning that local authorities may soon issue a shelter-in-place order. As of Monday, Atkinson says no order has been issued.

The number of active cases in Metlakatla fell to 13 by Monday.