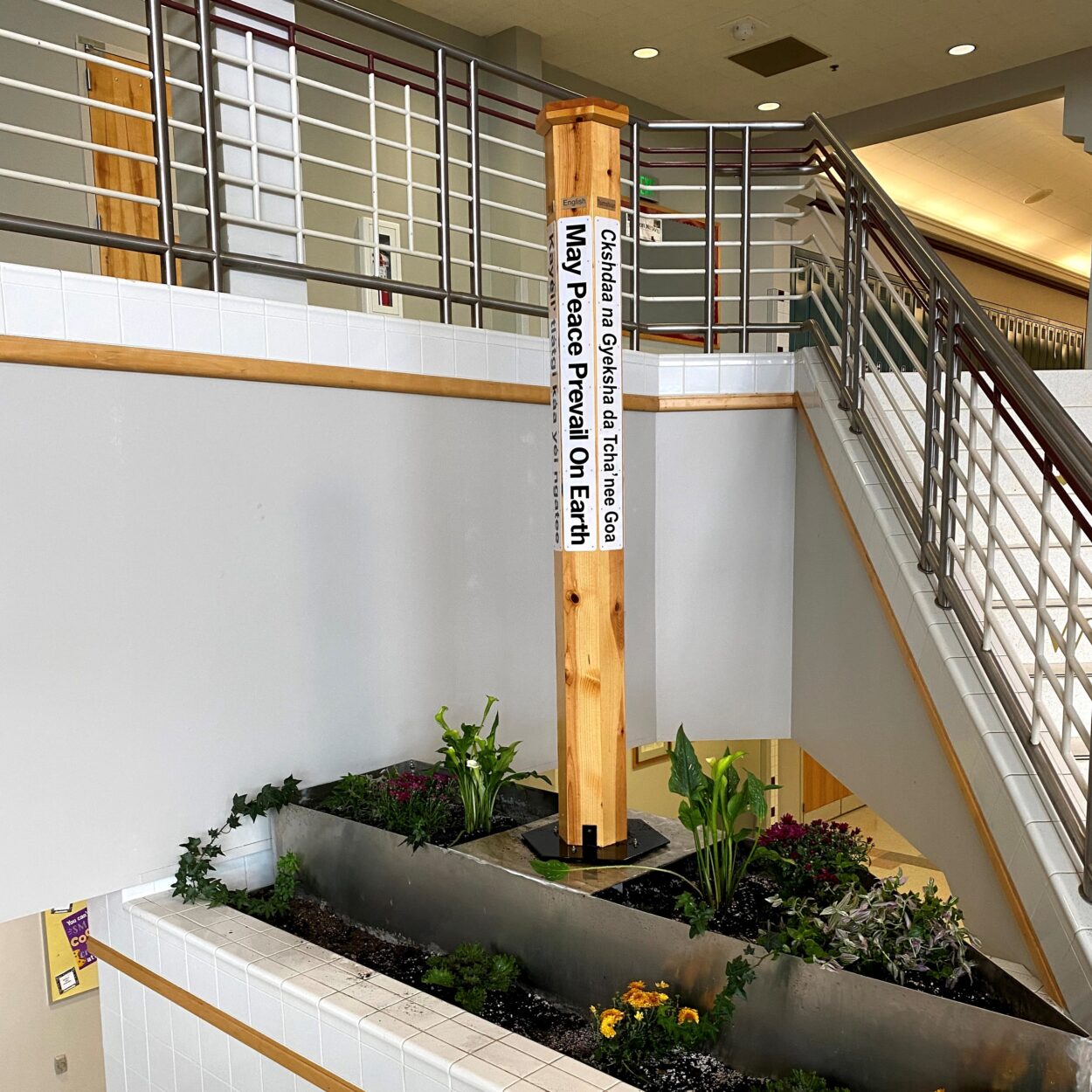 Ketchikan’s school board is set to recognize the work of a high school teacher who has made world peace an integral part of her lesson plans.

The U.S. Institute of Peace chose English teacher Sarah Campbell to participate in their 2019 Peace Teachers Program. She discussed her work at a virtual event sponsored by the Congressionally-funded nonpartisan institution last week.

“Being part of this program has been tremendous and really given me the knowledge and the confidence to bring peace education into my curriculum at Ketchikan High School,” Campbell said.

She says it was a 2013 trip to Japan that inspired her to work towards international peace. She says she met with students, city officials, even survivors of the U.S.’s atomic bombing of Hiroshima and Nagasaki.

“These stories while in Japan really touched me, and I wanted to bring back their message for peace to my high school in Ketchikan,” she said.

Part of that, she says, was installing a so-called “peace pole” in the school’s commons.

“You might be familiar with these — they originated in Japan after World War II and they feature the phrase, ‘May peace prevail on Earth,’” she said. “Our pole is six-sided and contains three of the Indigenous languages spoken here in Southeast Alaska, Tlingit, Haida and Tsimshian. We also have a vibrant Filipino community in Ketchikan, so the phrase is in Tagalog. It’s also in Japanese and English.”

Campell won a $10,000 award from a national nonprofit last year for her work promoting world peace. She and the school’s Rotary Club chapter also held an event last fall commemorating the UN’s International Day of Peace.

Ketchikan’s school board is scheduled to recognize Campbell Wednesday.

In other business, the board will consider promoting a school psychologist to serve as the district’s special education director.

Ketchikan’s superintendent, Melissa Johnson, says Derek Meister was unanimously recommended for the post by a district hiring committee, which included parents, teachers, administrators, a school board member and a representative from Ketchikan Indian Community. Meister’s annual compensation would total roughly $111,000 plus benefits. The previous director, Terri Crofcheck, retired at the end of last school year.

Ketchikan’s school board meets at 6 p.m. Wednesday in the White Cliff building on First Avenue. The meeting is live-streamed on the borough’s website and broadcast on local cable channels. Members of the public have a chance to weigh in at the beginning of the meeting.