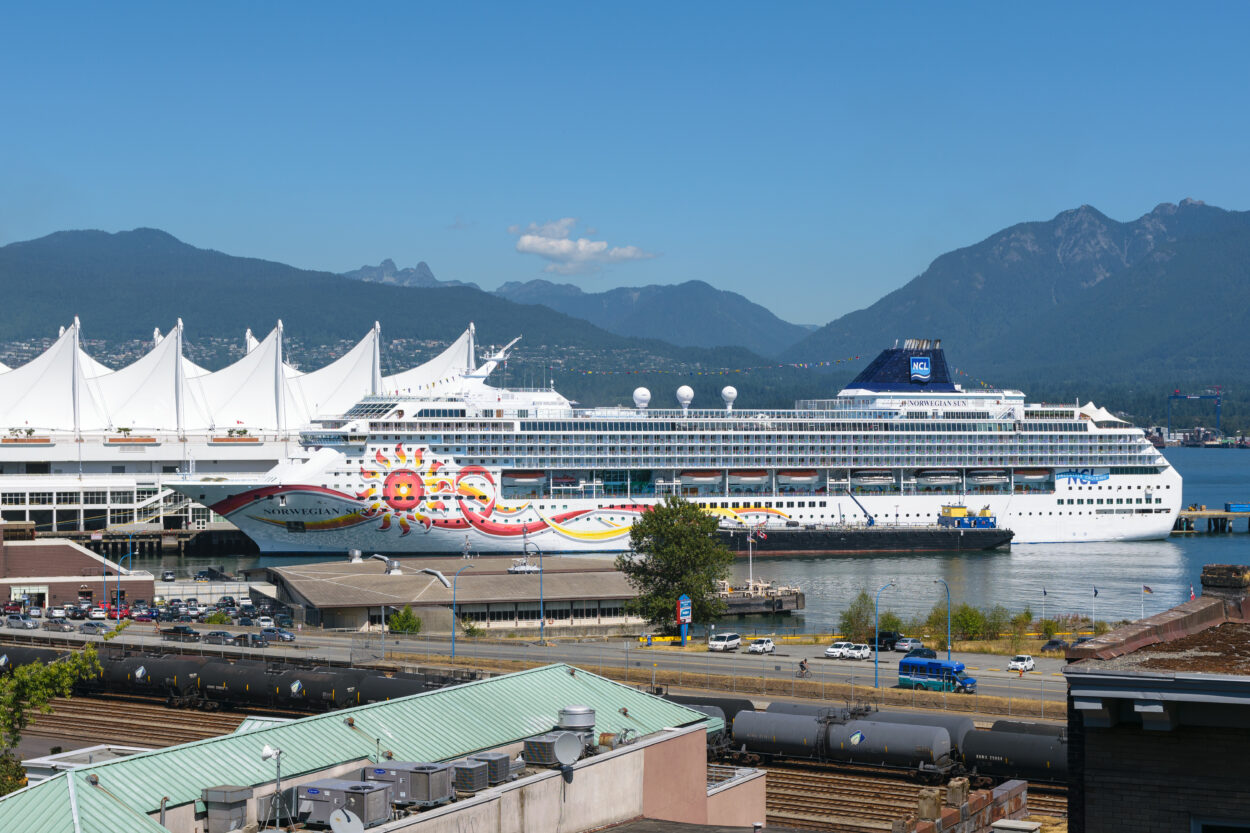 The Norwegian Sun is shown docked at Vancouver’s cruise terminal in 2015. (Creative Commons photo by Xicotencatl)

Canadian authorities say they’ll lift a pandemic-era ban on cruise ships in the country’s waters. But it won’t happen until after the end of Alaska’s 2021 cruise season. The decision means cruise ships could again sail from Vancouver and Victoria to Alaska in 2022.

“As Canadians have done their part to reduce the spread of COVID-19, our government continues to work hard to safely restart our economy and build back better. We will welcome cruise ships—an important part of our tourism sector—back in Canadian waters for the 2022 season,” Minister of Transport Omar Alghabra said in a statement.

Until this year, large cruise ships registered abroad were required to stop in Canada on their way from Seattle to Alaska to comply with federal law. But after Canada extended its cruise ship ban through the 2021 summer cruise season, Congress granted a temporary waiver to allow cruise ships to bypass a foreign stop.

The law that needed waiving was the Passenger Vessel Services Act, or PVSA — it requires passenger ships sailing between domestic ports to be U.S.-built, owned and crewed. It’s meant to protect the U.S. shipbuilding and transportation industries. The waiver expires when Canadian ports reopen. But at an event last week in Ketchikan, Sen. Lisa Murkowski said it might be time to change the law.

“I’m working with colleagues as we speak to look at some of the reforms that we might put in place, and how we can better ensure that when we’re talking about U.S. economies, it’s not only shipbuilding and jobs within the cruise industry, but it’s also the significance of protecting local economies,” she said.

Murkowski says her effort is limited to the PVSA — she said she is not pushing for reforms to the Jones Act, which restricts cargo shipping between U.S. ports.