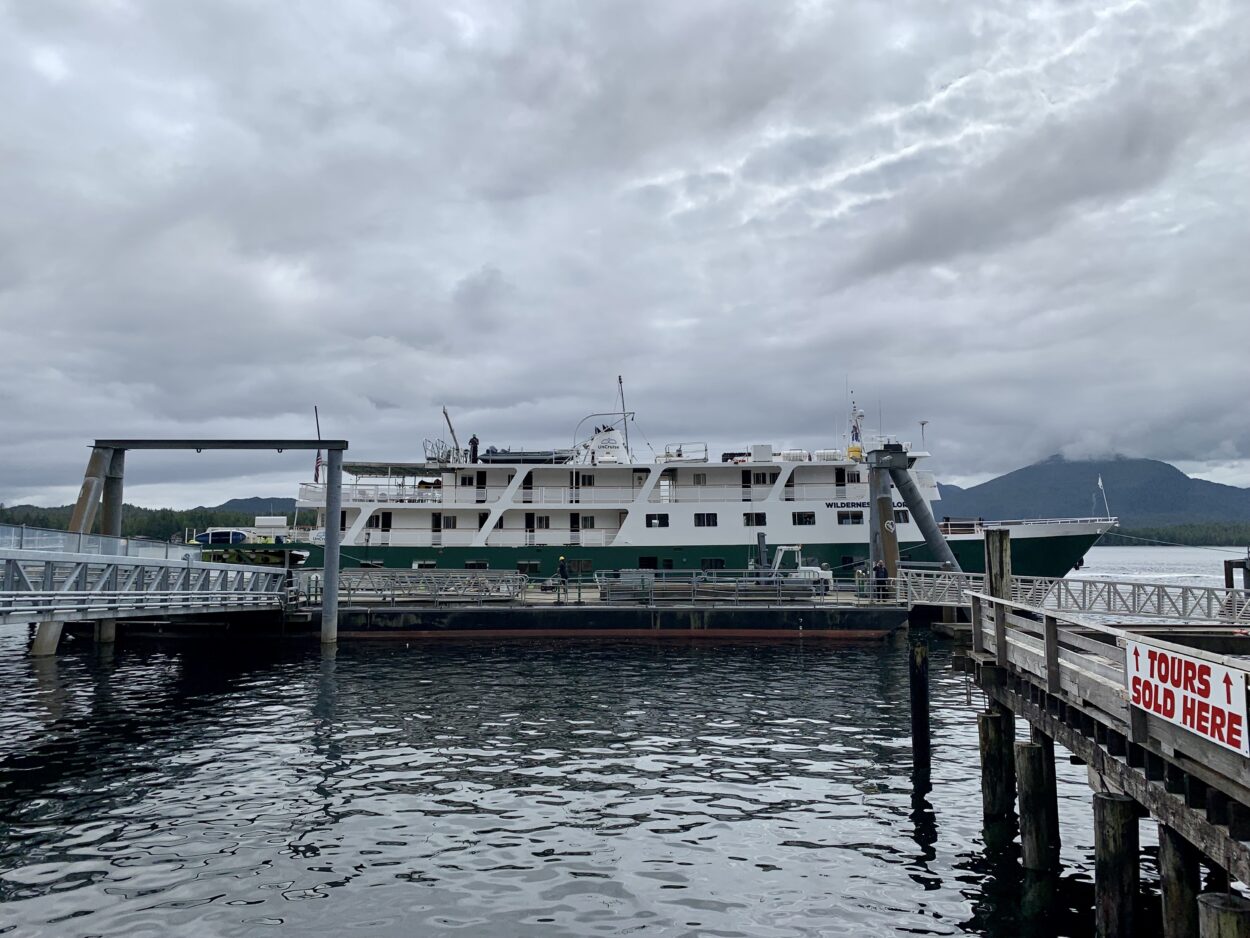 Seven fully vaccinated people aboard a small cruise ship that docked in Ketchikan over the weekend have tested positive for COVID-19. The ship’s operator UnCruise canceled a sailing due to depart this past weekend in response.

UnCruise spokesperson Liz Galloway said in a statement Monday evening that the four positive passengers would isolate in a Juneau hotel. Three positive crew members would isolate aboard the Wilderness Explorer, she said.

“We’ve been working with UnCruise to make sure all that isolation is happening per public health guidance to make sure that the case activities stays contained to those individuals until they’re done with their isolation period,” he said.

Juneau officials say the risk to the community is minimal.

Ketchikan’s port director, Mark Hilson, said in a statement Monday evening that to his knowledge, the COVID-19 positive individuals stayed aboard while the ship docked in Ketchikan.

“My understanding is that none of the positives disembarked as they were not able to get hotel reservations,” Hilson said in an email. “The rest of the passengers disembarked as was originally planned.”

Galloway, the UnCruise spokesperson, said Tuesday that 28 crew and 9 passengers were identified as close contacts.

“Those who were not considered an issue were cleared to go following all protocols and guidelines while in Ketchikan. All guests and crew are fully vaccinated, wear masks, and provided a negative PCR (polymerase chain reaction) test prior to boarding to cruise,” she said.

UnCruise says it’s the first time a fully vaccinated guest has tested positive for COVID-19 on its ships.

Barr, the Juneau official, says that despite the positive tests, the three authorized COVID-19 vaccines are thought to be highly effective at preventing severe cases of the disease.

In a statement, UnCruise owner and CEO Dan Blanchard says the seven positive individuals had mild, cold-like symptoms. The company says it’s testing all symptomatic passengers and crew and working with local and state health officials to respond to COVID-19 cases, noting that its decision to cancel this weekend’s cruise was voluntary and not prompted by Coast Guard or health agency requirements. Small cruise vessels, including the entire UnCruise fleet, are not required to comply with federal pandemic rules that apply to larger ships.

UnCruise speculates that the delta variant is behind the cases. Barr says it’s a fair assumption, but lab testing has not confirmed the variant’s presence on the Explorer.

Juneau officials reported one case each on two additional cruise ships Monday: one aboard a large ship, the Celebrity Millennium, and the other on another small ship, the American Constellation. That ship already had an outbreak of 16 passengers on an earlier sailing this season.