Former governor calls on Ketchikan to lead effort to save AMHS 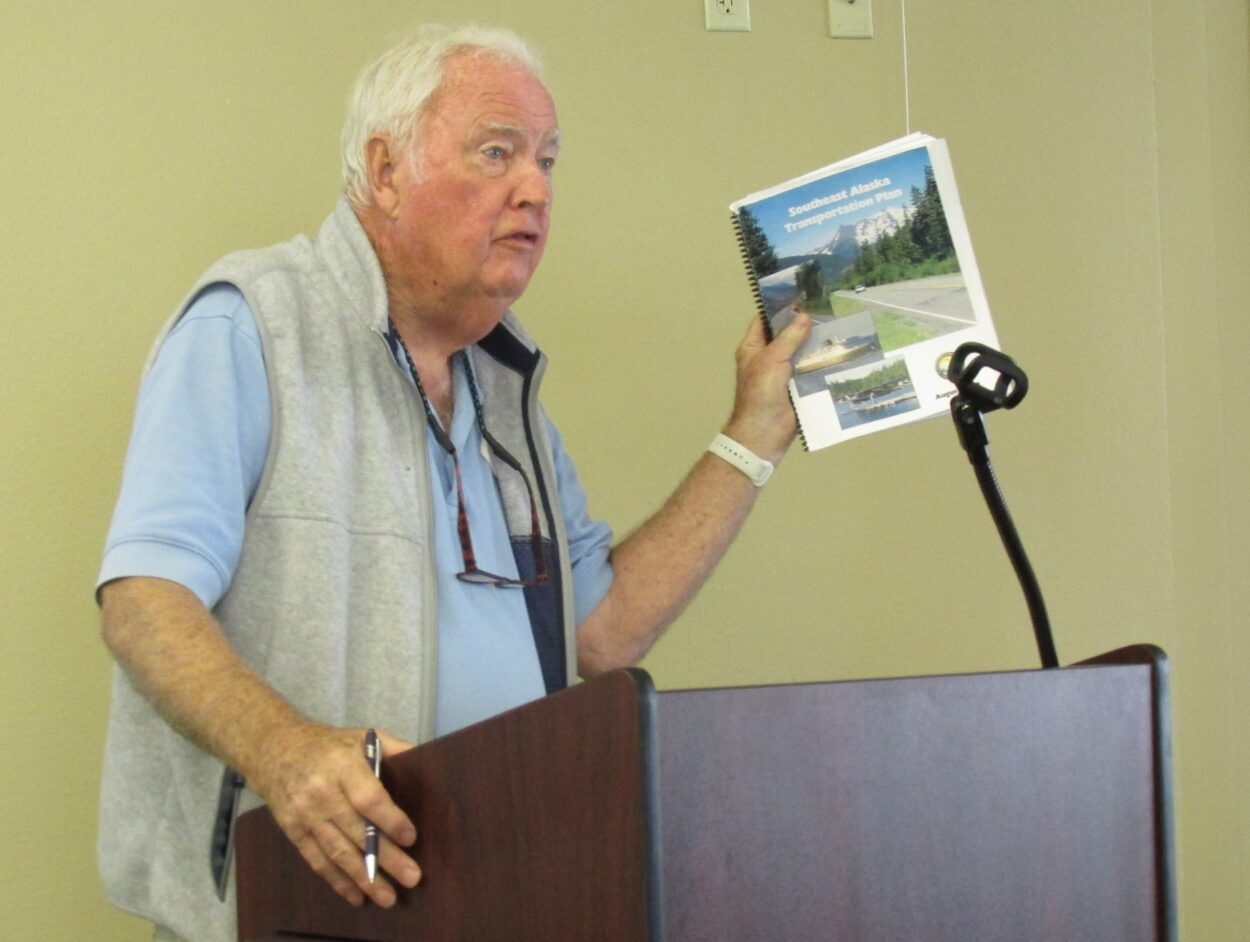 Southeast communities should band together to revitalize the Alaska Marine Highway System, and Ketchikan should lead the charge. So says Frank Murkowski, a former governor and U.S. senator.  That was his message delivered to the Ketchikan Chamber of Commerce on Monday.

Murkowski spoke passionately about his commitment to reinvigorating Alaska’s ferry system.  He says Ketchikan was the original focal point when the AMHS was envisioned, with a desire to connect the First City with Juneau.

“So if you’re going to have a revolution, it’s got to start here. And you folks have got to be interested enough in the economy of this area to recognize the significance of what this ferry system really needs.”

Murkowski says the system needs to be reliable, affordable and serve all Southeast communities. He also believes Alaska’s ferry system will grow through tourism. Murkowski says according to polls conducted by the cruise ship industry, a significant number of passengers say they want to return, but independently.

“Remember this growth in tourism to Alaska is real. People want to come to Alaska. But a lot of them want to take their cars and we don’t advertise one bit.”

He says one key to the ferry system’s success is to make it its own division separate from the Department of Transportation. Another is resuming service with British Columbia.

“I think this community and Southeast Alaska should simply send a mandate that we want Prince Rupert to continue, and require that the delegation go back and take care of the politics of it.”

One barrier is a 2019 demand by the U.S. Department of Homeland Security that its customs agents be allowed to carry guns or have armed Canadian police on hand during pre-clearance checks. The AMHS ferry terminal in Prince Rupert is also in need of repair.

Murkowski says a plan to connect smaller communities and improve access across Southeast already exists – The Southeast Transportation Plan which was adopted in 2004.

“This is done! It’s not going to require any congressional action! It’s been approved! We have a deal with the Forest Service! We have access across 35 (routes)…And the maps are in here. I encourage you to start taking a look at it!”

Murkowski had hoped the group would come to a consensus that day on how to proceed. He organized a meeting to continue discussion this Friday.