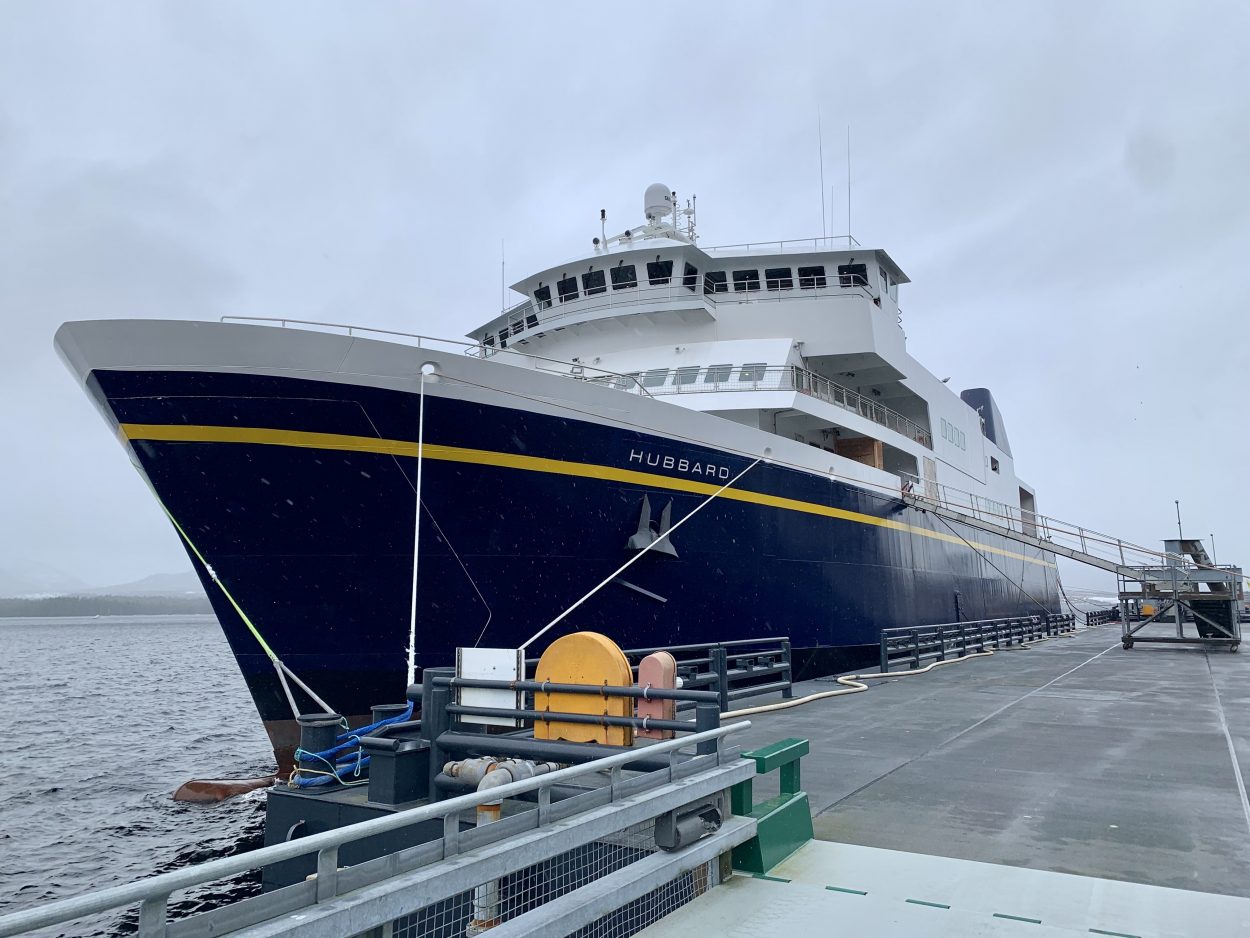 There’s language in the U.S. Senate’s $1 trillion infrastructure bill that could throw a life ring to Alaska’s beleaguered ferry system. CoastAlaska’s Jacob Resneck checked in with Randy Ruaro, the governor’s chief of staff, during his Friday visit to Ketchikan. He discussed a potential windfall of federal dollars and gave a general update on the executive’s plans for the Alaska Marine Highway System.

Jacob Resneck: Sen. Lisa Murkowski is working on steering hundreds of millions of federal dollars to ferry systems. The language in the bill appears to heavily favor the Alaska Marine Highway System. What’s been the level of coordination from the governor’s office with Alaska’s delegation on this infrastructure bill?

Randy Ruaro: We’ve been talking about language changes and other statutory changes, that would help the marine highway system for quite a few weeks now. And I think there is a very significant amount coming to Alaska for its ferries, just by the language in the bill. For example, if you look at Section 71103, it’s ferry service for rural communities. And I think that’s funding for five year period. And that’s going to produce a very significant amount of funding for Alaska’s ferry system. We just don’t know exactly how much will come out of that formula yet. But it will be substantial. And so we’re already making plans on our end on how to best get the highest and best use of the funds for the system.

JR: Governor Mike Dunleavy signed House Bill 63 last month, which creates an oversight board for the ferry system, where are we on appointing members of that board from the executive for when it goes into effect in October?

RR: We are taking applications now. And I hope to have people seated fairly soon if I’m aware of folks that I that would be interested, I’ll be forwarding those names in but anyone with hopefully, some a marine experience can apply. And if someone’s interested they can apply. They can contact Courtney Enright [editor’s note: 907-269-0006] in the Anchorage office.

JR: Could you give us an update on the Tustumena replacement, because in order to harness the Federal Highway dollars, the money’s got to be programmed into the states for more requests to the federal government.

RR: I think the design is very close to being completed. For that boat, there’s a section in the infrastructure bill that caught our attention that may have some relevance to that project or not. It’s Section 71102, which provides funds for an electric or low emitting ferry program. And so that’s a ferry that’s built to use alternative fuels. And there’s some funding that’s tied to that new type of ferry I guess, in this program, it may be possible to use some of the funds that are appropriated through this program for a low emissions ferry that could tie into the design of the Tustamena? I’m just not not 100% sure yet, but we’re looking at it.

JR: That’s interesting, because I thought that that request had come more from the Skagway working group looking for kind of a short range ferry in upper Lynn canal. I didn’t know that that there was proven that electric ferries or even hybrids could do the kind of range out to Southwest Alaska.

RR: Technically, I’m not sure if that type of a ferry would work for a long range run. But I guess, legally within the terms of the infrastructure bill, it looks like  there’s nothing that eliminates a long range ferry from being eligible under the program. So we’re still you know, taking it apart the language and then we’ll see technically, you know whether anything fits.

JR: And the Alaska Class Ferries, they have not seen much action, but we read that the crew quarters would be added to the Hubbard, which hasn’t hasn’t been in service yet. But that would extend its range and allow it to do a lot more routes. What’s the state’s plan for the other ferry the Tazlina?

RR: The crew quarters will give the Hubbard a lot of flexibility and we’ll get it into service and moving. The Tazlina the other vessel, you know, we’re looking at also building some capital projects like Cascade Point that would allow a run from Juneau up Lynn Canal and back, and not necessarily need crew quarters for an overnight overnight crew. So we’re working with a Goldbelt on Cascade Point. And then that ferry that would be the probably the best fit for that ferry.

JR: How far along is that? Because, my understanding, with that conceptual project that would only operate in the summer in the warmer months.

RR: It would be a seasonal terminal. And I’d have to check I know that Goldbelt’s working on the design and the the lease offer and some other terms that aren’t final yet but we were hoping that can move along pretty fast.

Randy Ruaro has served as the governor’s chief of staff since Ben Stevens resigned in February. Before joining the executive he was a legislative aide for Sen. Bert Stedman, R-Sitka, and worked in Gov. Sean Parnell’s administration. This interview has been edited for clarity.

Editor’s Note: This story has been corrected to reflect that the U.S. Senate’s infrastructure bill is roughly $1 trillion (not $1 billion). 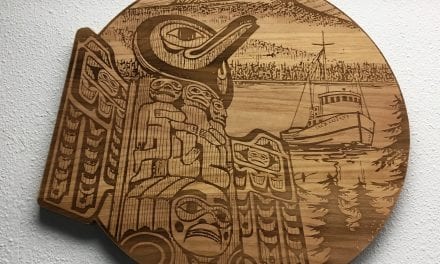