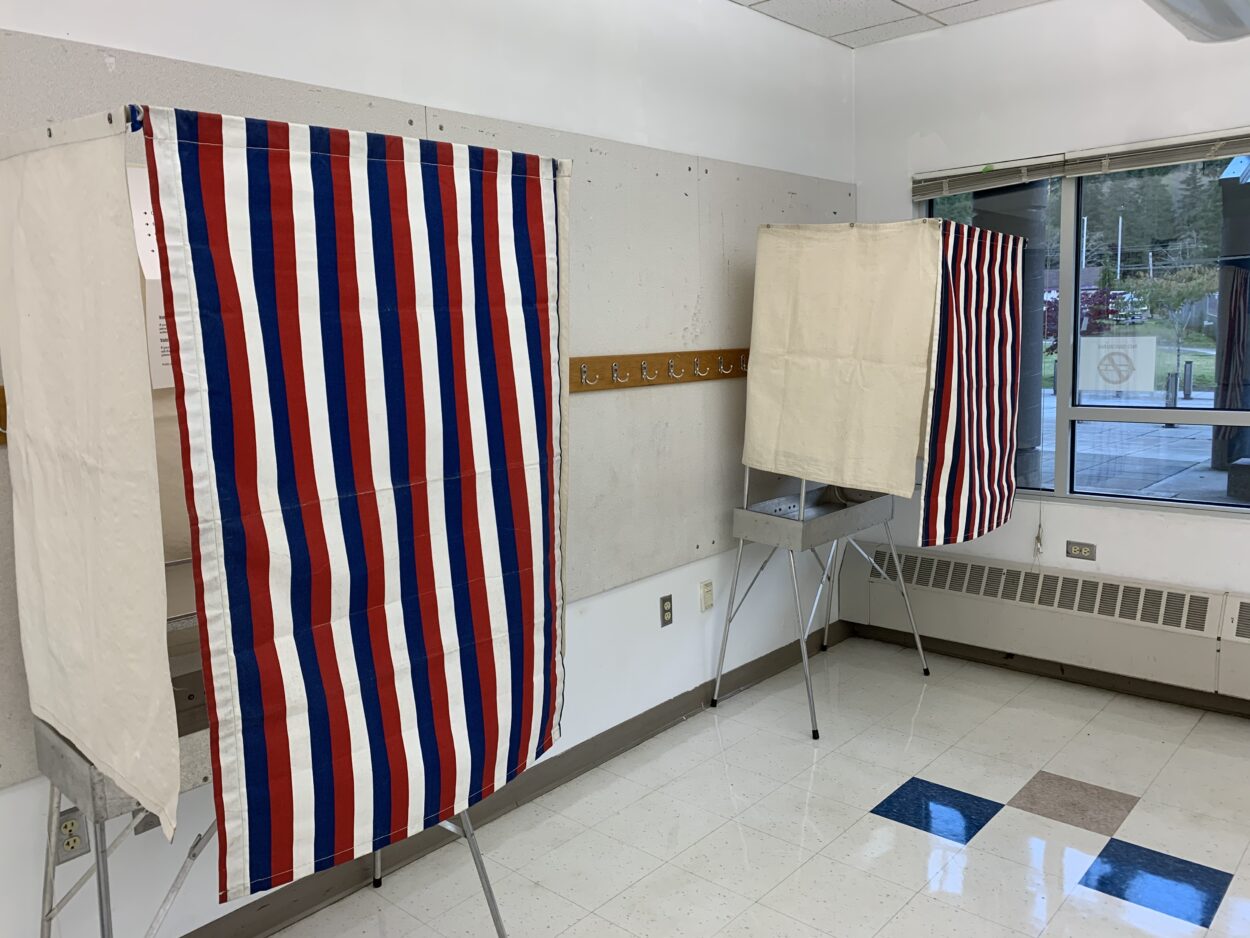 The deadline to file paperwork to run for local office in Ketchikan or Saxman is this Wednesday. Many candidates are currently unopposed, and some races have more open seats than candidates.

Darlene D-Svenson filed paperwork to run for Ketchikan Borough Assembly on Monday. Originally born in Canada, Svenson says she’s been in Ketchikan for 10 years. And she says recently, she took a big step.

“On January 22, 2021, I became an American citizen,” Svenson said in a brief phone interview Monday.

She says as a prospective assembly member, she hopes to draw on her more than 30 years of experience in business and finance.

“On the borough, … our job is to look at budgets and assess budgets, and look at cost versus expenses. I think that being not only in one, but two countries, as a businessperson gives me a very well-rounded view when looking into documents and financial documents,” she said.

D-Svenson is the first candidate to enter the race. And for now, she’s the only person running for two available three-year seats on the Borough Assembly.

The field is also wide open in the race for three seats on Ketchikan’s school board. Just one candidate has filed to appear on the October 5 ballot. So far, there have been no takers for the other two seats.

In city races, many candidates are running unopposed: One person has filed to run for Ketchikan city mayor. And none of the three candidates for Saxman City Council have an opponent.

As of Monday afternoon, there’s just one competitive race for elected office in Ketchikan: Three people have signed up to run for two open City Council seats.

So who qualifies? It varies — but here’s a quick rundown:

Generally, you have to live and be registered to vote in the place you’re running to govern — so Ketchikan City Council and city mayor candidates must have lived within city limits for at least a year before the election, and Borough Assembly candidates have to have lived within the borough for a year or more.

In Saxman, a council candidate must have lived in the city for at least 30 days. And candidates for Ketchikan’s school board must live within the borough for 30 days before the election.

Candidates also have to fill out some paperwork, including financial disclosure forms. Ketchikan City Council, mayor, Borough Assembly and school board candidates have to gather 10 signatures to get on the ballot.

So with some seats still open for Borough Assembly and school board, what happens if too few people file to run?

“If the deadline comes and we don’t have a full slate of candidates, there will still be the opportunity for people to submit as a write-in candidate,” Paxton said. “They can submit the same filing forms after that time, and people can vote for them, but their name will not be on the ballot.”

Paxton says the borough’s code only allows election administrators to count write-in votes for people who register as write-in candidates. And if no one registers as a write-in, she says the Borough Assembly or school board can fill vacant seats with a temporary appointment.