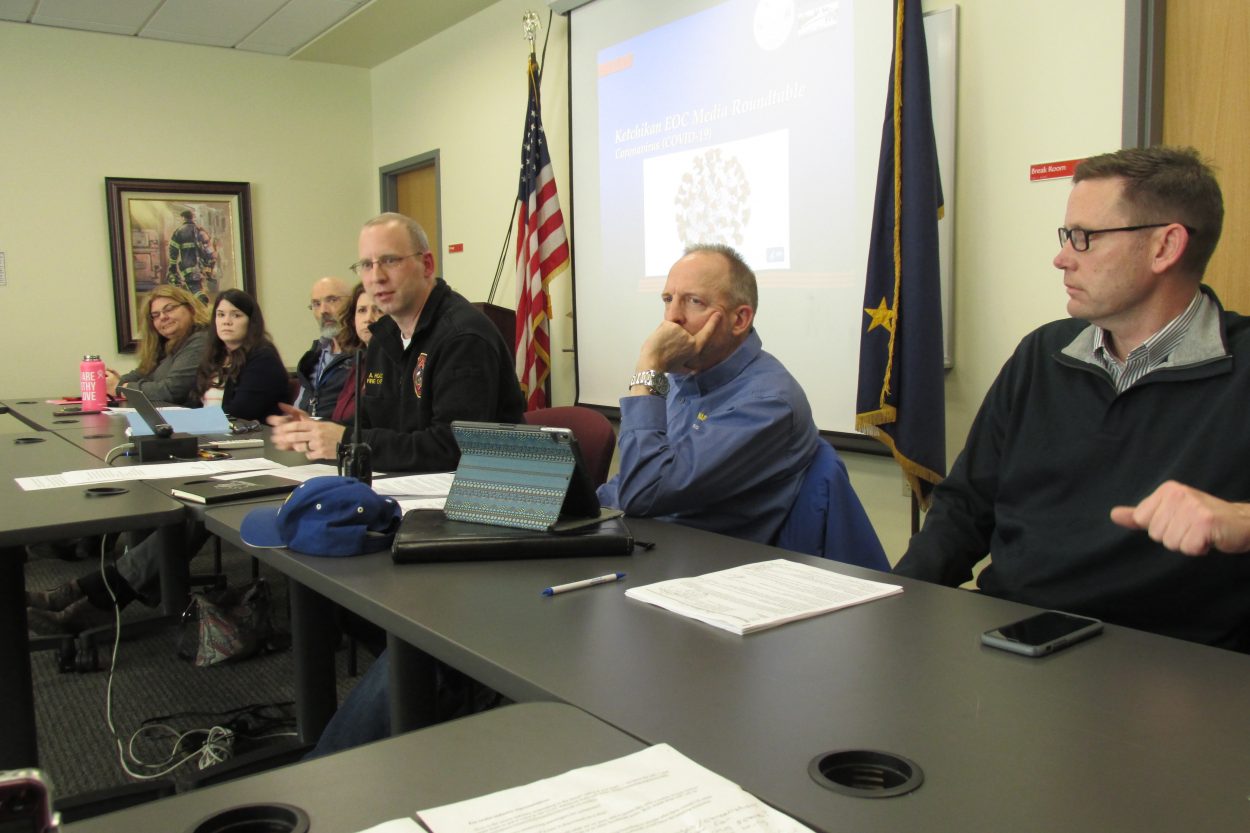 The Assembly approved a joint resolution with the cities of Ketchikan and Saxman honoring Hoage for his work as the Emergency Operations Center Incident Commander and for his service as Ketchikan Fire Chief since 2014. Hoage is retiring October 15 and plans to move to the Lower 48 to travel and spend time with family.

Borough Clerk Kacie Paxton served with Hoage as the public information officer for the EOC until the organization disbanded in July.

“It was 16 months of very hard work. Very long days. But I can tell you that I was able to do my job and our team was able to do such a good job because of Abner. His leadership, his style, his encouragement, his hard work is really what kept us going on a daily basis.”

“Chief Hoage is more of a friend to me than I could have ever dreamed of. A colleague, that if you have something that you need done, we can collaboratively put it together and make it work.”

“I’m going to miss him. I told him that I would break his legs if he ever left. I’m just being honest. And we made a deal that if he went to another fire department he would make sure there was an assistant chief’s job available so I could go with him. That’s how well we worked together.”

Hoage says he is humbled by the recognition, but he did not accomplish anything alone.  He thanked his wife for her support during his time on the EOC.

“I could not have done what I did in my role without the team that I had behind me. And I think that’s the best thing that a manager can do, is to have a good, strong team. I don’t have to know everything about everything, but I have to know who does and I have to make that call and get the right answer. And I think that’s what we as a community and we as a team did.”

Hoage received a standing ovation. In addition to recognition by the Assembly, Rep. Dan Ortiz presented Hoage with a proclamation from the Alaska State Legislature for his leadership during the pandemic and service to Ketchikan.

Also Tuesday night, the Assembly held a public hearing and approved a request to rezone a medium- to high-density residential lot near the upper end of Carlanna Lake Road for commercial use. The landowner plans to build a self-storage complex on the vacant lot next to his home.

Prior to the vote, Assembly member Jeremy Bynum expressed several concerns, including that the rezone doesn’t require the landowner to build on the site at all, and there is no deadline for completion of the project. He asked the assembly to delay the vote, but his motion failed for lack of a second.

The rezone request passed 4-1 with Bynum voting against. Assembly members Judith McQuerry and Sven Westergard were absent from Tuesday’s meeting.

The assembly also approved a $673,000 budget amendment to raise borough staff salaries and a resolution identifying and prioritizing a list of borough capital project requests for state funding.

During his comments at the end of the meeting, Borough Mayor Rodney Dial said he would not be attending Southeast Conference in person because attendees are expected to be vaccinated against COVID-19 and tested. Dial says he thinks anyone who wants to be vaccinated should be free to do so, but he says he’s concerned that vaccine requirements infringe on fundamental freedoms.

“So what I’m worried about is that we are seeing increasing businesses that are requiring vaccine passports. I believe that soon we’ll be told that a paper card is not sufficient because it can be lost, it can be subject to fraud. I think those are going to turn into a request for electronic documentation. And then of course if you’re using electronic documentation to verify your COVID status when you enter a restaurant or store you’re also agreeing to be tracked.”

He compared the pandemic to historical crises that led to what he called “permanent reductions of our liberty” — like the internment of Japanese Americans during World War II and the expansion of government surveillance under the Patriot Act after 9/11.