Amylon honored posthumously for his service to the community 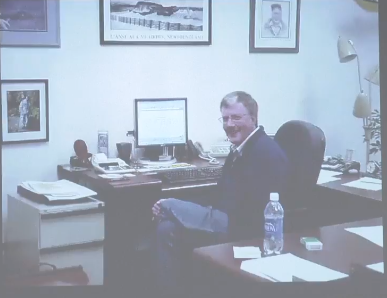 Ketchikan’s former city manager has died just weeks after officially retiring after 26 years on the job. Elected leaders, city employees and other members of the community paid their last respects to Karl Amylon during Thursday’s city council meeting.

The mood was emotional and somber Thursday night, with the community receiving news that Karl Amylon had passed away the day before at the age of 66.

City Mayor Bob Siverten read a resolution while a slide show that paid tribute to Amylon at work, outdoors, and traveling the world was shown.  As Siverston concluded, the council unanimously passed the resolution, and Amylon received a standing ovation.

Sivertsen then asked that everyone remain standing.

“And before we hear the people that wish to speak, I’d like to ask for a moment of silence for Karl, as we all know of his passing. Thank you.”

Acting Port and Harbors Director Mark Hilson offered a few words on behalf of Ketchikan city employees who had worked under him over the past quarter-decade.

“All of us that worked with Karl understood he had exceptional talent. And while it’s my belief he could have been successful anywhere in the world, he chose Ketchikan. Our community is far better today because of his choice.” 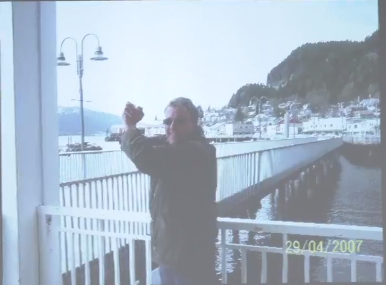 “Tonight is a night to take stock of what we have lost, appreciate what we have gained from Karl’s leadership, and to remember him here tonight in a respectful, dignified and honorable manner.”

“And I can truthfully say I have never met a more ethical, honest leader or boss. There are people that have nothing but negative things to say, but part of Karl’s job was to make the hard decisions for the betterment of the community of Ketchikan. Those people were likely on the receiving end of those hard decisions that he didn’t make lightly. The mark of a truly fine leader becomes apparent when they are able to set aside personal interests and influences for the common good.”

Bixby described how Amylon had guided the city through times of uncertainty and helped steer it during its transition from a former lumber mill town to a world-class cruise destination and then through a global pandemic.

“There is no other city manager in the country with the broad skill set, intelligence and dedication to their community, its constituents and its employees than Karl.”

Retired City of Ketchikan Finance Director Bob Newell says he’s worked with hundreds of individuals in the private and public sectors, and valued his time with Amylon the most.

“Many times I wish that the public could have seen what I saw. A city manager who gave up New York for a small community in Alaska, and gave that community everything he had.”

Amylon was born and raised in Corning New York.  He received his Bachelor of Arts in Political Science from Bucknell University and Masters of Public Administration from Syracuse University. He worked for the City of Watertown, N.Y. in various roles, serving as City Manager in that community for 11 years. He and his family moved to Ketchikan in 1995. He is survived by his wife and son.