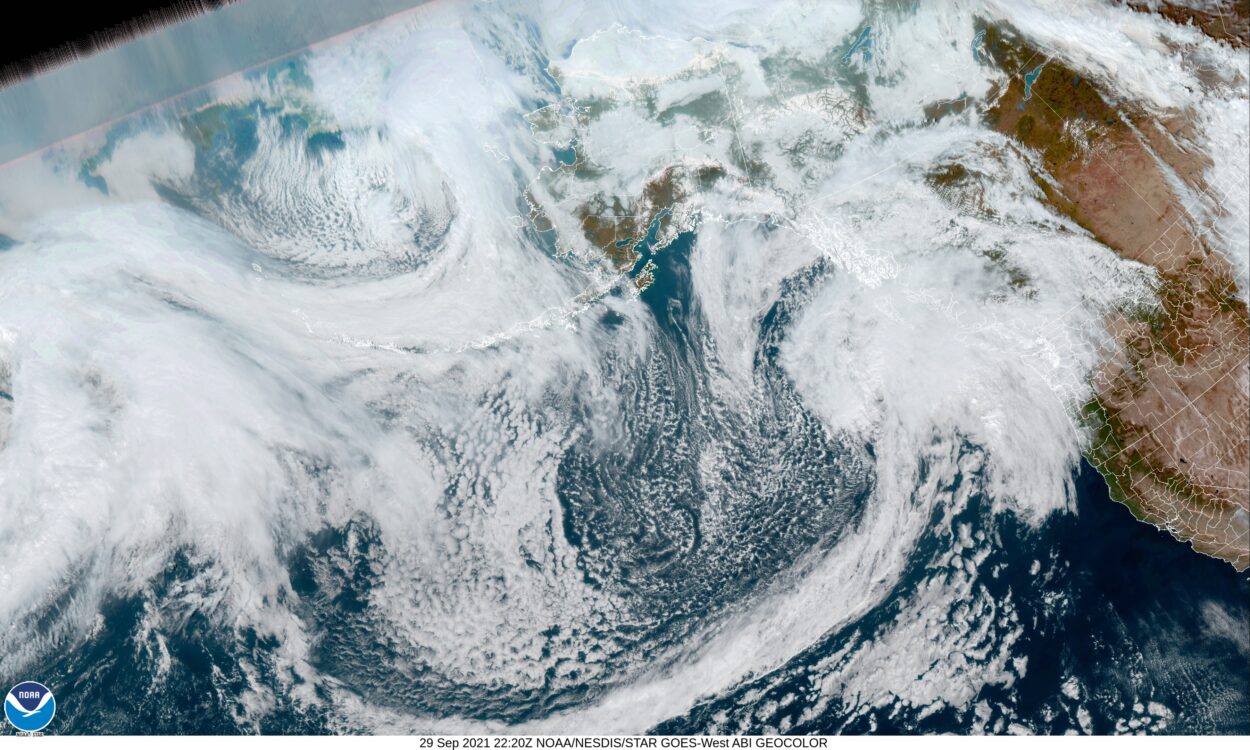 Officials in the Prince of Wales Island community of Craig are warning of potential landslides, flooding and high winds this weekend as a powerful fall storm bears down on Southeast Alaska.

The strongest in a series of three storms is forecast to arrive Friday night, the National Weather Service says in a special weather statement. That could bring high winds with gusts of 60 to 70 miles per hour along the outer coast, and even in inside waters near Ketchikan. Rainfall totals are forecast at between three and six inches between Thursday night and Sunday afternoon.

Similar conditions resulted in at least seven landslides across Prince of Wales Island after one storm last fall. Forecasters say saturated soils and strong winds are “a good recipe for landslides.”

Now, officials in Craig say they’re preparing for power and water outages, landslides and road closures. And they’re asking the public to be ready.

In Craig, residents are asked to use caution or avoid the landslide-prone Port St. Nicholas Road from Thursday through Sunday. Officials ask residents to be prepared to shelter in place with plenty of food and water in case roads are closed. Residents should also conserve water and be ready for power outages.

High wind watches take effect Friday afternoon for nearly all of Southeast Alaska with the exception of Upper Lynn Canal and the Yakutat area. The Weather Service says the Gulf of Alaska is expecting 30-foot seas and storm-force winds of 60 to 70 miles per hour. Widespread gales are possible along inside waters.

Meanwhile, city officials in Craig say they’re staging equipment for a potential response and stepping up their monitoring.

City officials are asking the public to keep an eye out for hazards and report them to police — specifically, flooding, soil movement, damage to culverts or roads and other signs of potential road failure. Craig residents, including people along Port St. Nicholas Road, should report hazards to the Craig Police Department at 907-826-3330

Elsewhere on Prince of Wales Island, residents are encouraged to call Alaska State Troopers’ 24-hour dispatch line at 907-451-5100. Officials say residents should call and report any hazard they see, even if they believe it’s already been reported. All emergencies should be reported to 911.