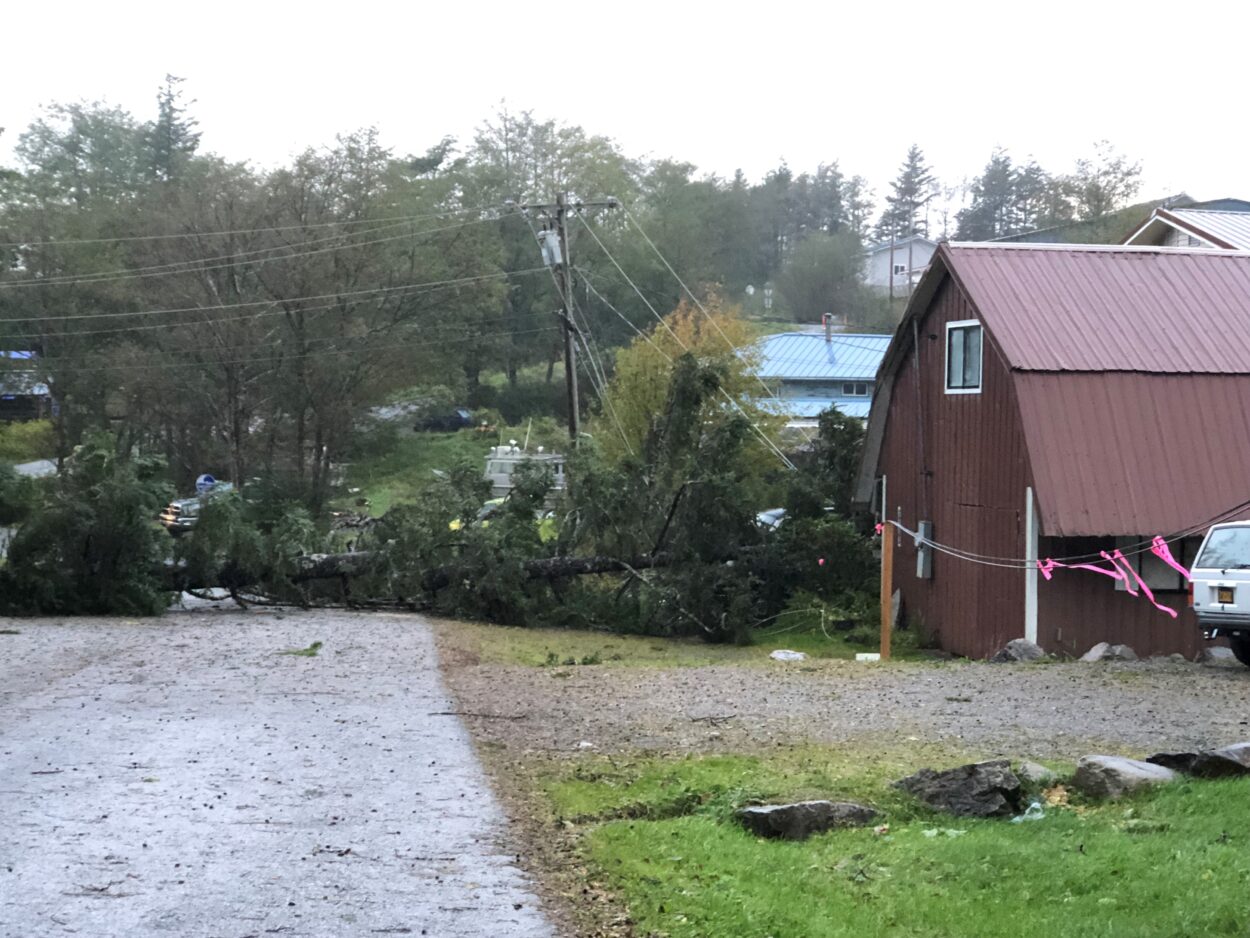 A downed tree on Hamilton Drive in Craig on Friday led to an extended power outage for roughly 300 customers, Alaska Power and Telephone said. (Photo courtesy of Kathy Peavey)

A strong fall storm damaged homes, downed trees and knocked out power across Prince of Wales Island over the weekend. Photos on social media show trees resting on homes and power poles snapped in half. The city of Klawock asked residents to conserve water after its reservoir was clogged with debris. 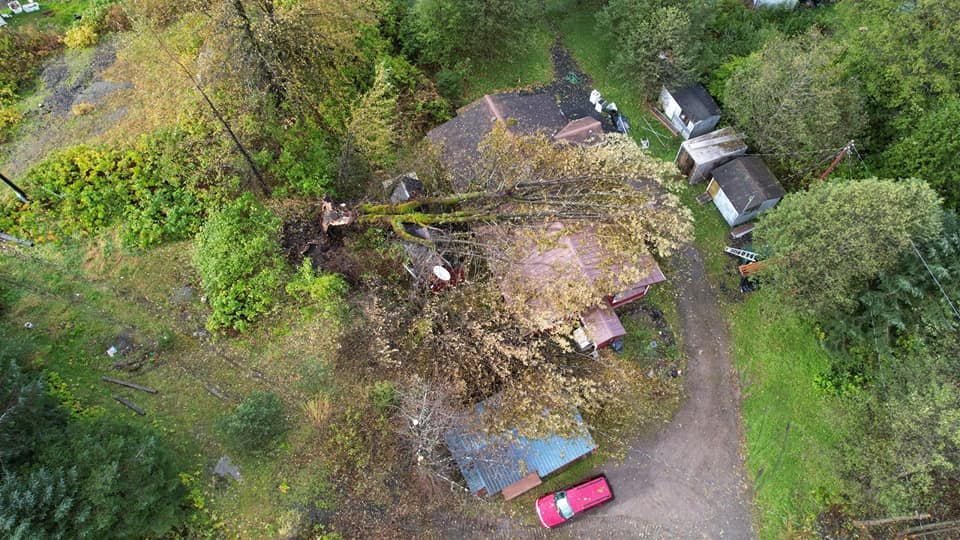 A tree fell on this Klawock home during this weekend’s storm. (Photo: Michelle Nickerson via Facebook)

Cody Schwegel is Alaska Power and Telephone’s power operations manager on Prince of Wales Island, and he says he hasn’t seen winds like this in more than a decade.

“This was a very big storm,” he said Sunday. “It wasn’t a long one, but it was a big one. I don’t remember seeing one that had this much devastation — other than mudslides — since about 2009, maybe 2011.”

Schwagel says the utility prepared for the storm by clearing trees away from the main transmission lines connecting communities to the larger grid. And for the most part, it paid off — there weren’t system-wide outages.

He says a tree fell onto a line connecting Hydaburg with the larger power network. As of Sunday afternoon, that community was running on backup diesel generators as crews worked to restore power. Schwagel says backup generators in Craig spun up after a slide or falling tree took out transmission lines between Craig and Klawock. 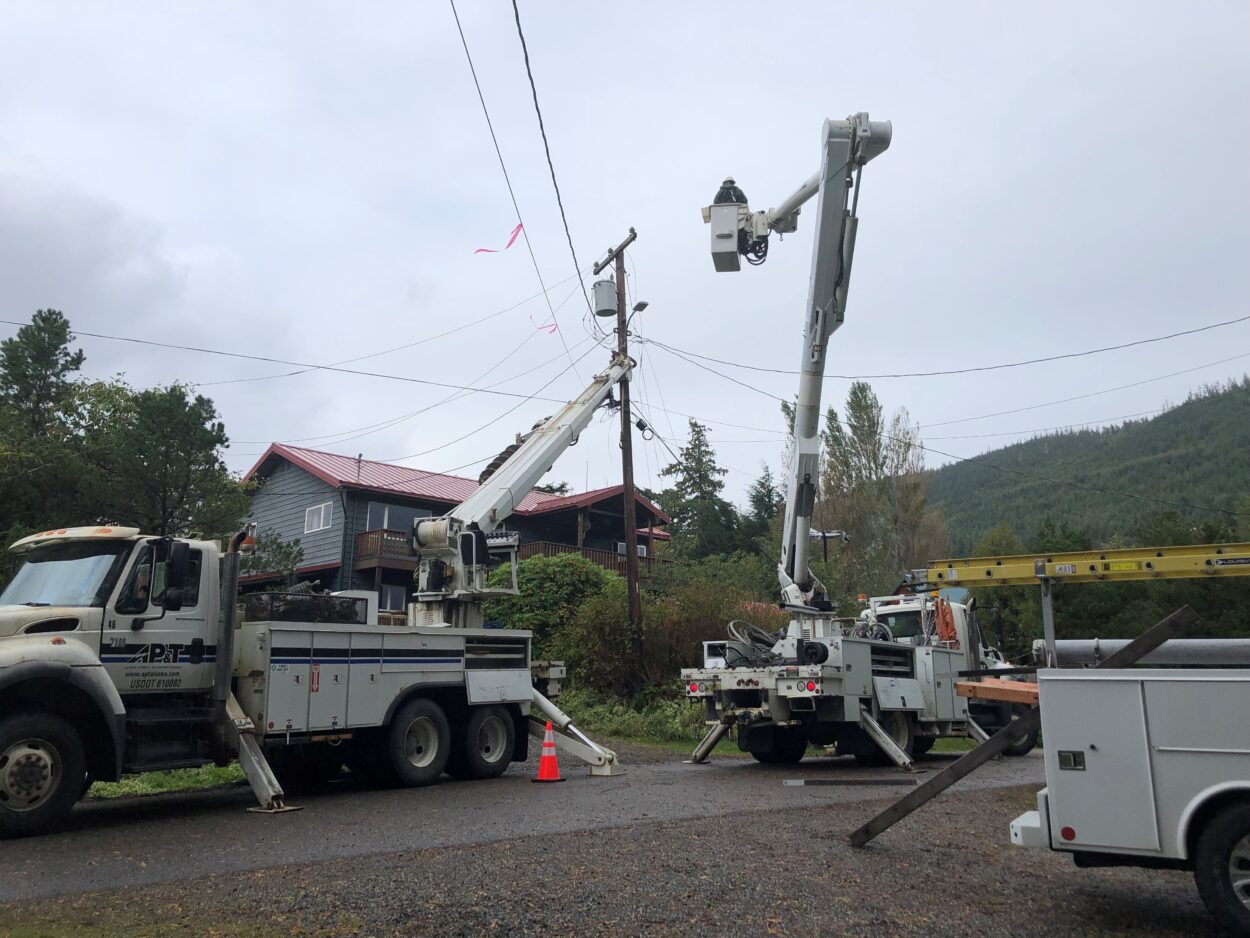 Crews restored power to most homes on Hamilton Drive by Sunday. (Photo courtesy of Kathy Peavey)

“Our system reacted exactly the way it was designed. When the main transmission had an interruption from load shedding, our backup diesel plants would fire up and restore service. So all in all, the systems stayed together very well through the storm,” he said.

But he says there were scattered power outages that took significant time to restore. Schwagel said a fallen tree in Craig left around 300 homes without power for roughly 12 hours. 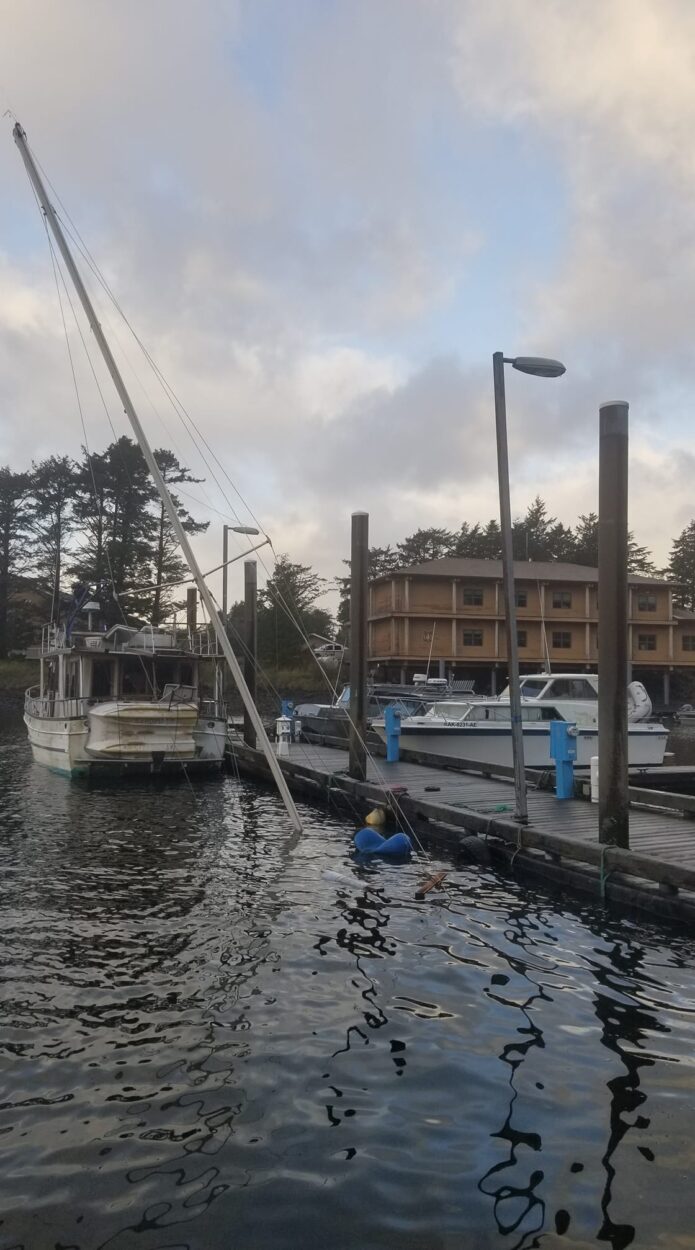 A sunken sailboat in Craig’s South Harbor was later pumped out. (Photo: Anne Ritchey via Facebook)

“It was a few days of running on a generator and making sure our neighbors and friends’ freezers weren’t going to thaw out and all that kind of stuff,” she said. “So everybody just kind of pitched in and helped each other out.”

That was something of a theme. Residents all over the island thanked their neighbors on social media for springing into action to help one another. Some removed trees blocking roads. Others pumped out swamped boats.

Peavey thanked AP&T electrical crews for working to restore power in the driving wind and rain. Schwagel says linemen were out in the worst of the storm.

“They weathered the storm when it was straight downpouring,” he said. “I mean, it rained hard, and these guys were out there working all the way through the night.”

Craig police and state troopers said trees and other debris fell onto roads on Prince of Wales Island, but no major landslides blocking thoroughfares were reported.