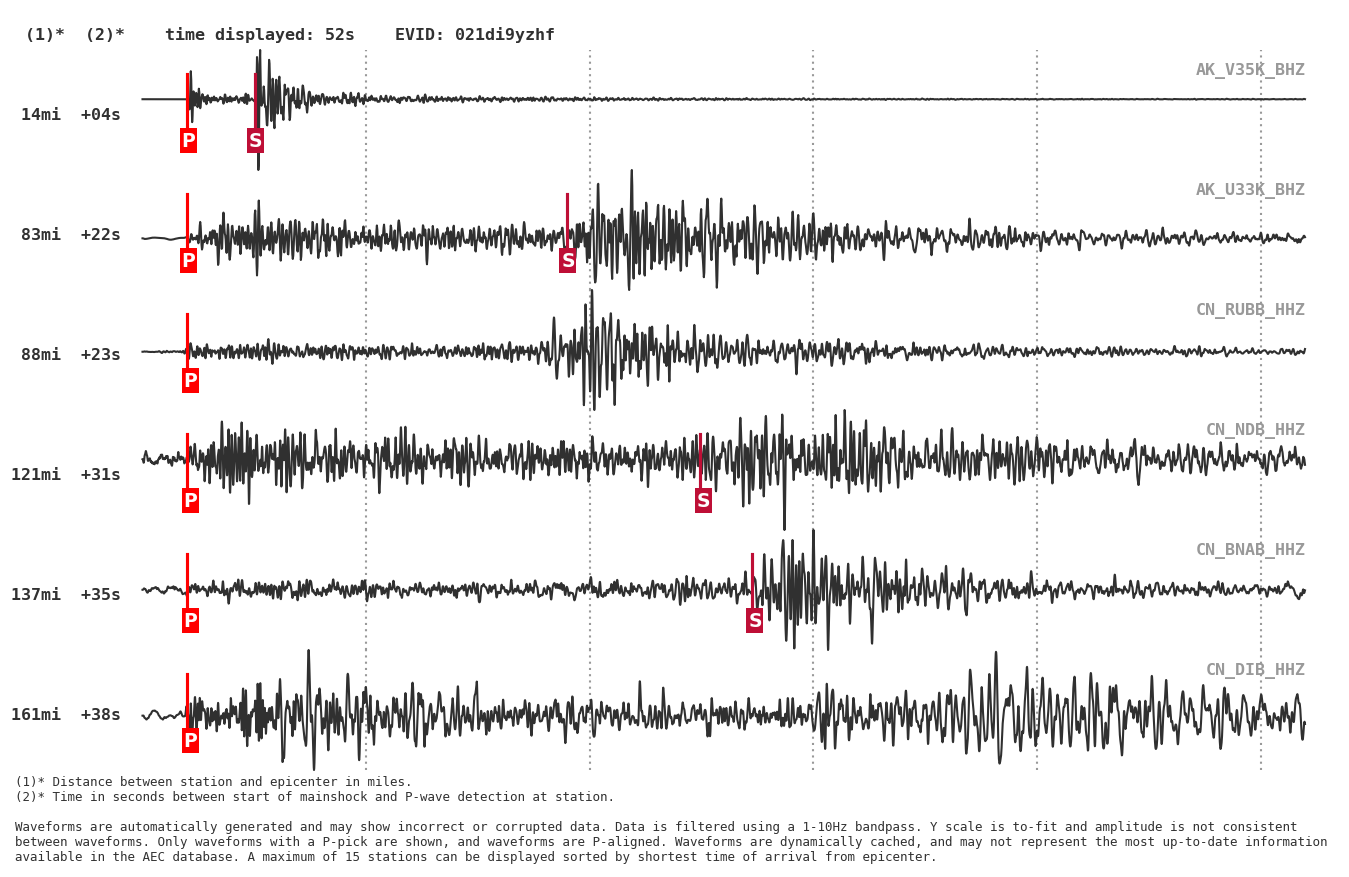 Many people in Ketchikan and Metlakatla heard a rumble and felt a small jolt Wednesday evening as a magnitude 2.5 earthquake struck Carroll Inlet, about 15 miles northeast of town. It’s a relatively uncommon occurrence in the southern panhandle.

Researchers have recorded more than 38,000 earthquakes in Alaska this year alone. But Alaska Earthquake Center seismologist Matt Gardine says they’re far less common in Southeast, especially near Ketchikan. He says just about 25 have been recorded in the southern panhandle this year.

“So they’re not unheard of, of course, but most of them are actually centered on — there’s a major fault system offshore, the Queen Charlotte Fault, and most of the earthquakes actually occurred there,” he said. “So they’re never felt by anybody,”

Gardine says quakes closer to the Southeast coast, where they can be felt, are rarer.

So why does Southeast Alaska experience fewer earthquakes than other parts of the state? Gardine says for one, the region has a smaller fault system than in, say, Anchorage. There are also a lot fewer people, and they’re spread out. And Gardine says it also has to do with the type of faults that run under Southeast Alaska.

“Under the Anchorage area, that’s where we have subduction occurring of the Pacific Plate under North America. Out by Ketchikan, its faults are a little different,” he said. “They’re strike-slip, so they’re very similar to the San Andreas — it’s actually the same general fault system, the Pacific (Plate) moving past North America sideways.”

Every so often, there is a major quake on the Queen Charlotte Fault — a magnitude 7.5 off the coast of Prince of Wales Island shook the region in 2013, and a smaller 6.0 in Glacier Bay National Park the following year was widely felt as well. But neither caused widespread damage.

All told, Gardine says the earthquake risk in Southeast Alaska is quite a bit lower than in other parts of the state. He says the biggest threat to the region isn’t earthquakes, but tsunamis.

“And in particular, these would be tsunamis that are induced from landslides. You know, with the steep terrain, there’s prone to both above-shore and undersea landslides that could be triggered by earthquakes. And those could cause extremely large tsunamis with very little warning,” he said.

One of those landslide-induced tsunamis happened in Lituya Bay in 1958. After a magnitude 7.8 earthquake sent 90 million tons of rock tumbling into the bay, a tsunami sheared away two square miles of forest at elevations of up to 1,700 feet.

Gardine says Wednesday’s much more mild tremor was a good reminder that earthquakes can strike anywhere in the state — and that folks should be ready to drop, cover and hold on when the earth shakes.