After a $1.6 million transformation, a former Ketchikan jail will reopen as a shelter for survivors of domestic abuse and sexual assault 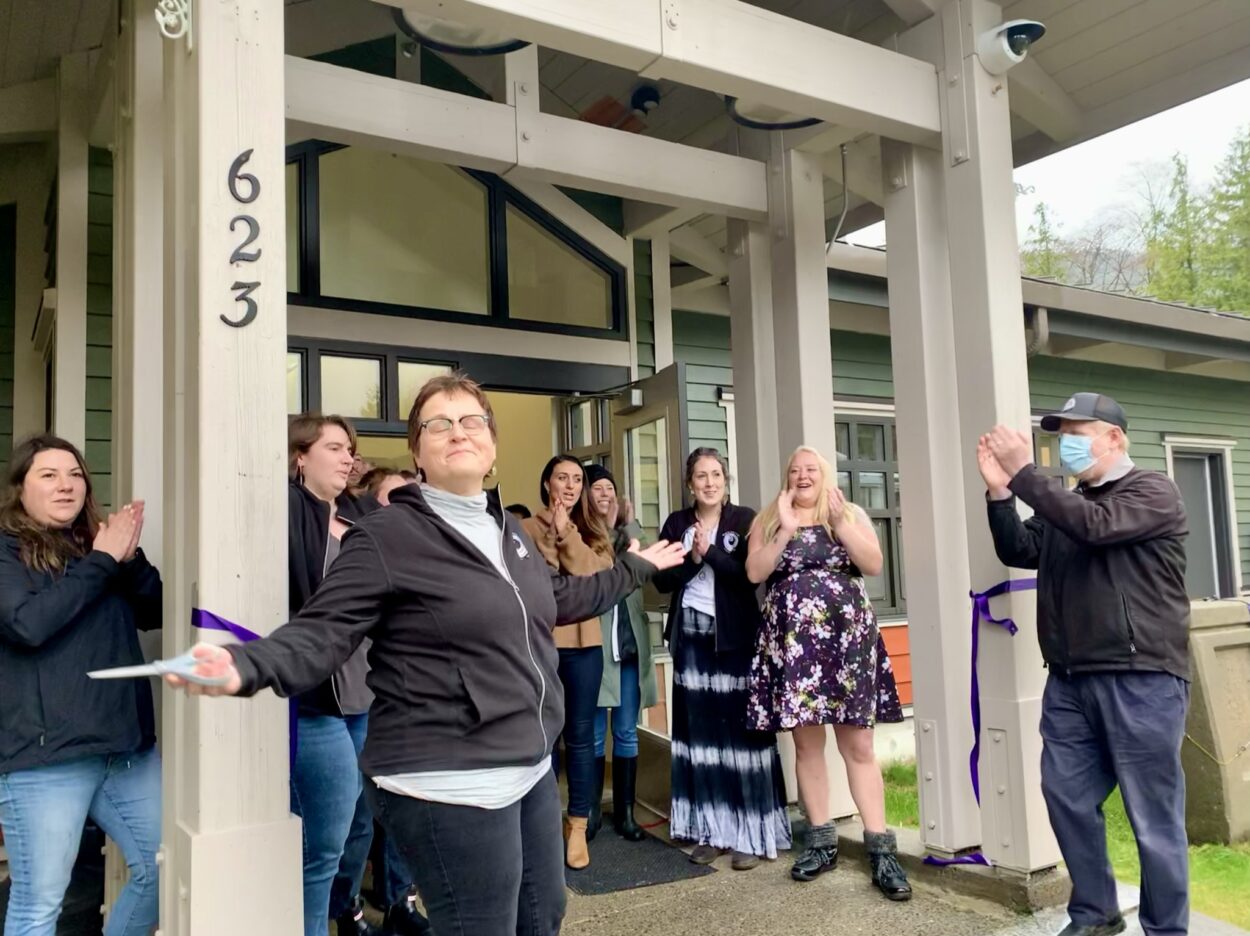 A former juvenile jail will soon reopen as a shelter for survivors of domestic abuse and sexual assault from Ketchikan and surrounding communities. The former Ketchikan Regional Youth Facility feels warm, inviting and homey after more than $1 million in renovations.

Walking around the new Women in Safe Homes shelter with the organization’s executive director, Agnes Moran, it’s often hard to believe it was once a jail.

The Ketchikan Regional Youth facility opened in 2002 as a detention center housing up to 10 children. But the state Department of Health and Social Services closed it in 2016 citing high costs and low usage. The jail was built on city land, and when it closed, the city took the building back. After renovations, the city transferred the property to WISH.

Five years later, former cell walls have been knocked out to create larger spaces. Concrete beds and metal toilets are gone. In their place is a decidedly warmer decor. 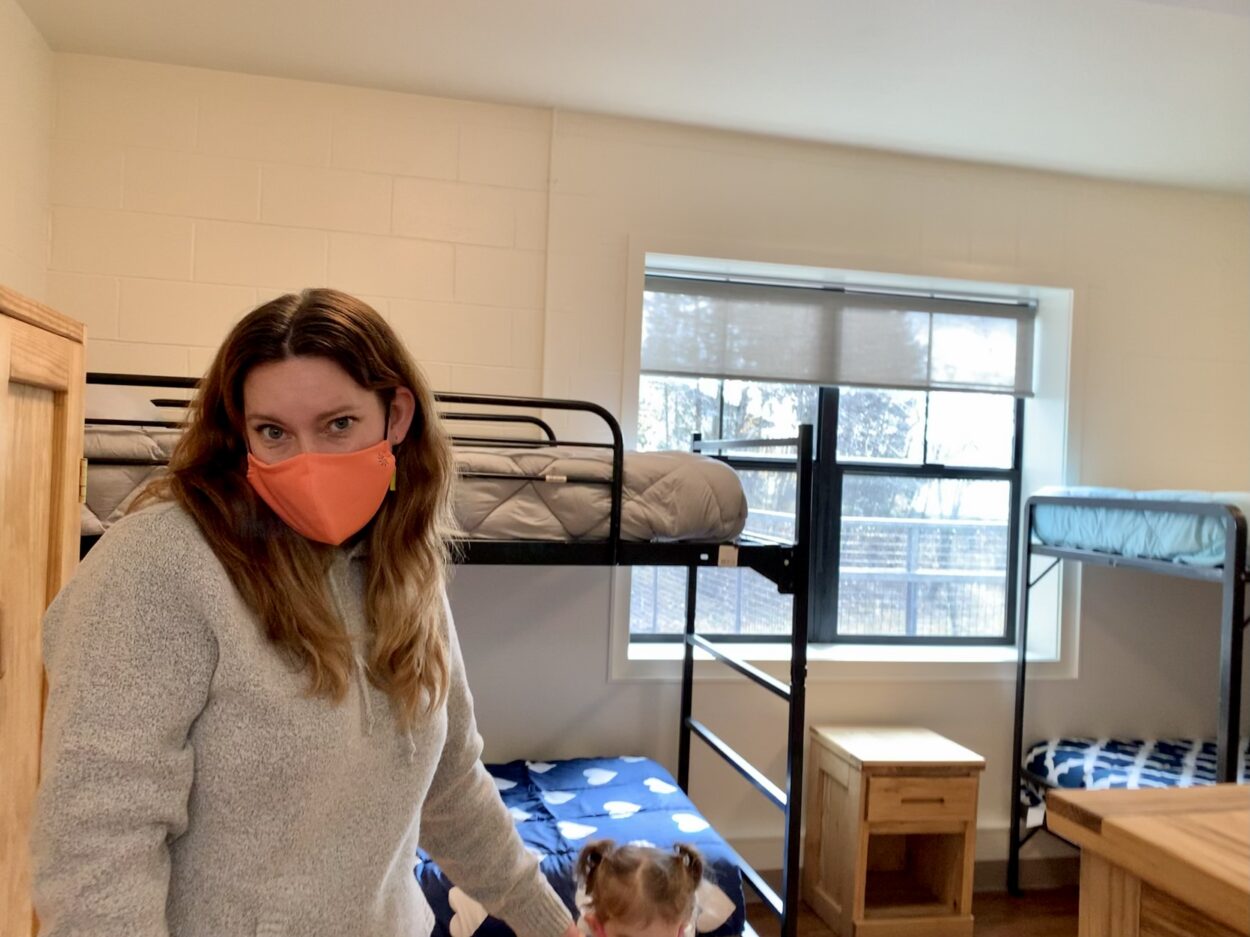 City of Ketchikan Project Manager Amanda Robinson stands in one of the remodeled six-bed rooms. “She was the one who really took the vision and made it beautiful,” WISH director Agnes Moran said. (Eric Stone/KRBD)

“We have some wood paneling on the walls that matches the wood paneling in the ceiling,” Moran said. “We have much larger windows in the rooms that look out over the green space.”

Walls are painted in pastels. Bedspreads have colorful designs. It could be a college dorm.

“The colors are very natural. They mirror the outside, so it’s shades of bright green and beige,” Moran said. “It’s a very uplifting feeling in here.” 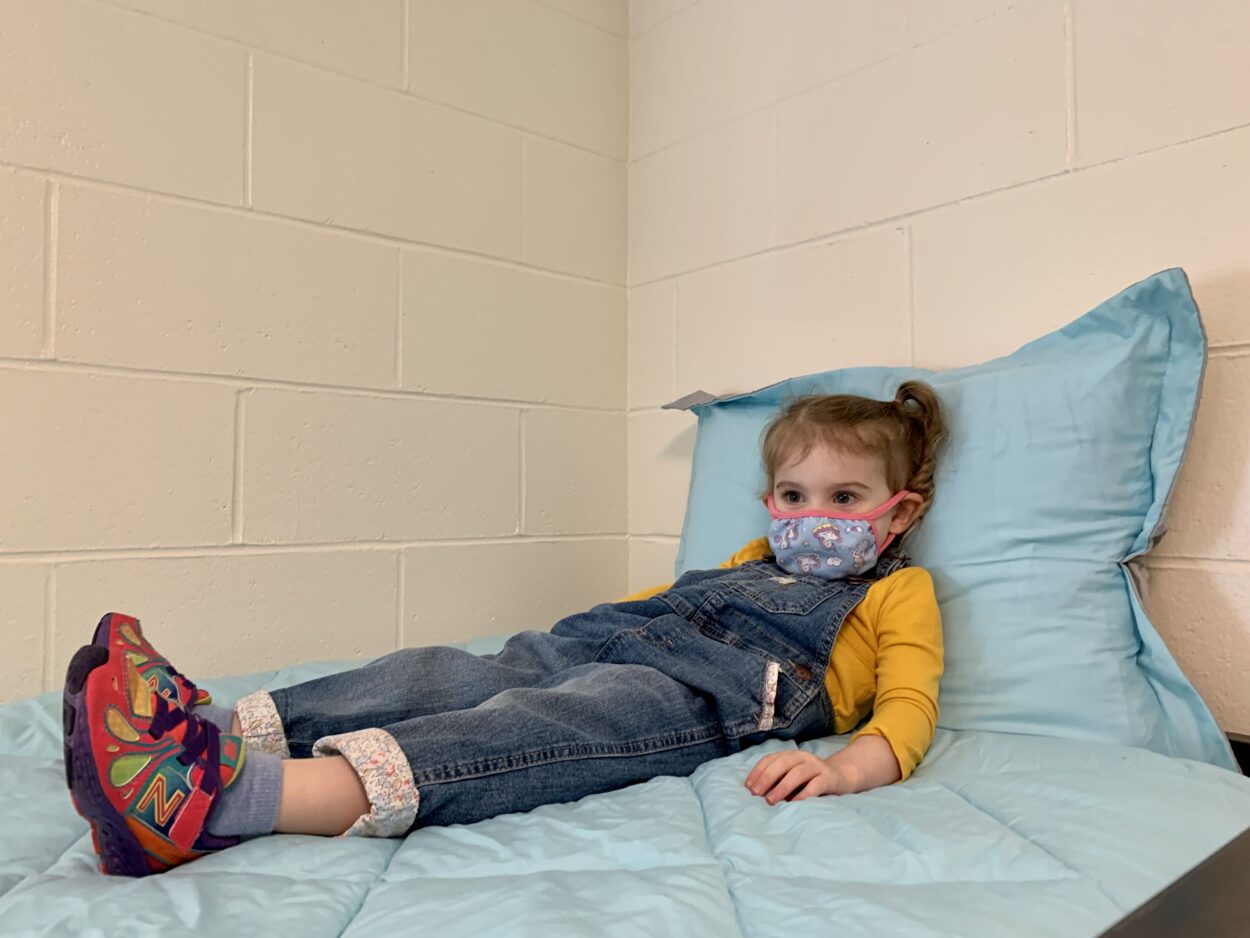 There are also resources for adults and children nearby — Ketchikan Public Health Center is across the parking lot, public schools are within walking distance, there’s an on-site legal advocate, a classroom. There are roughly 30 beds, same as the previous shelter. Four shared bedrooms house six people apiece, but three smaller rooms with a single set of bunk beds each are set aside for men or others who need separate accommodations.

“That gives us a lot more flexibility,” Moran said. “We can deal with people who probably should be in a shelter, but maybe they have mental health issues, and they can’t stand the congregate living. We have father-child combinations, and right now if we bring in a father with his kids, we have to give up a whole six beds.”

And, speaking of kids, Moran says she’s especially excited about a children’s play area in one wing of the building. There’s an indoor playroom and a covered outdoor area where First City Rotary plans to build a playground funded by proceeds from the organization’s annual rubber duck race. 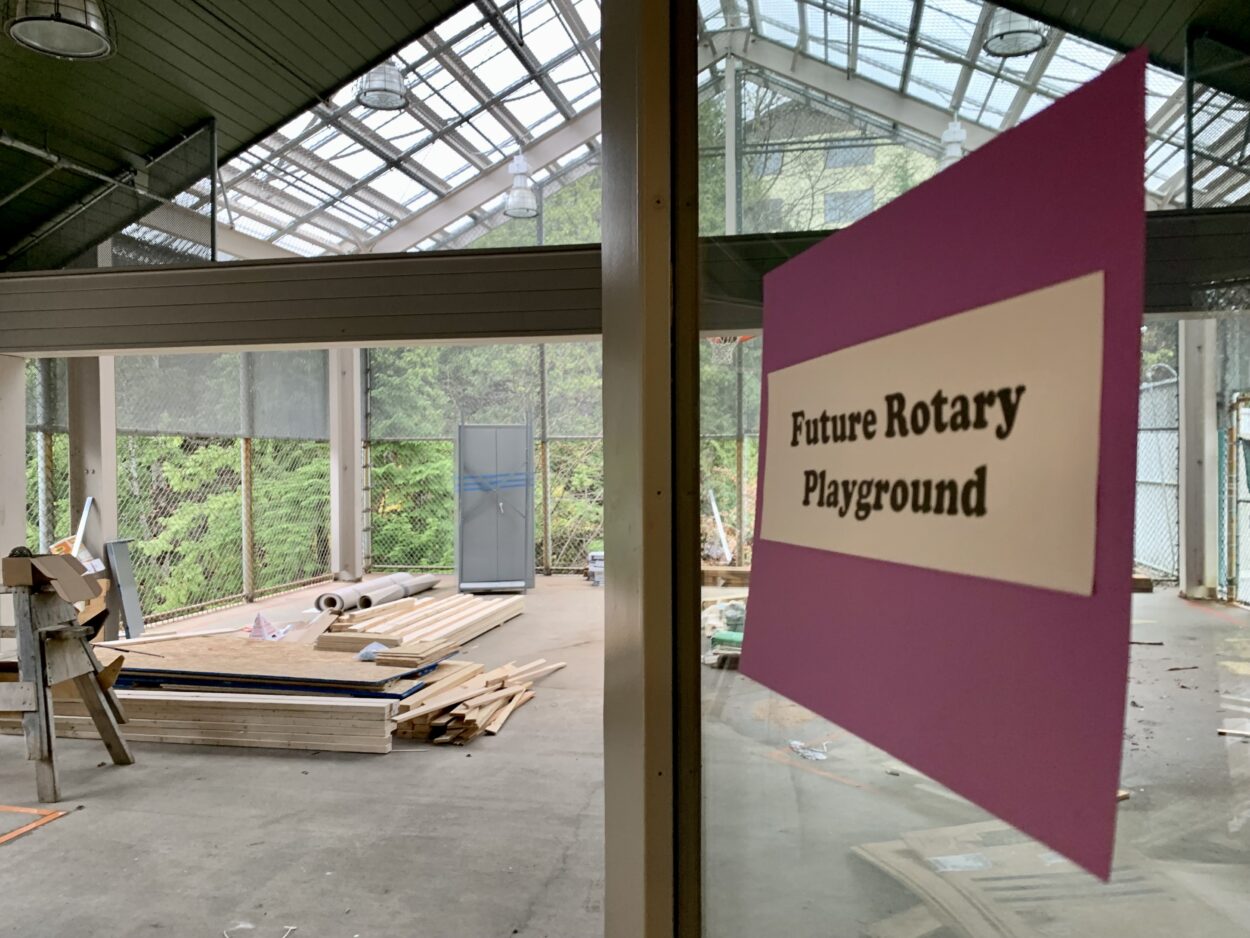 Building materials for a planned playground sit in a enclosed, covered area outside the new WISH shelter. (Eric Stone/KRBD)

“In our old building, our shelter just wasn’t — there was no place for kids,” she said. “It’s three stories, it filled the lot it was on, it was dark, there were way too many places to lose track of them, and they just had nowhere to expend their energy at all.”

Saturday’s grand opening marks the culmination of a four-year effort by WISH and the city of Ketchikan. Together, they secured $1.4 million in government grants and private-sector funding, including two federal Community Development Block Grants that together total nearly $1 million. Moran says WISH took out a $236,000 mortgage to cover the remaining costs of the $1.6 million project, and the organization is selling customizable bricks for an “empowerment wall” at the shelter to pay down the loan.

Ketchikan Mayor Dave Kiffer is a teacher at Ketchikan’s state-run jail. He says the facility’s transformation has been remarkable.

“Those of us who had dealings here in the past are actually shocked to see how beautiful and welcoming this is. When the idea first came up four years ago about using this facility, my first thought was, ‘Hmm. It’s a jail,'” Kiffer said. “But it’s not anymore. And this is great.”

Ketchikan Indian Community Vice President Trixie Kalkins-Bennett offered encouragement to the nonprofit’s workers who will work directly with those who seek shelter here.

“As you know, it may take a few tries, and you may expect disappointment but feel peace and pride in your heart that the love and strength you give to each and every survivor is making a profound difference in the lives of women, men and families of southern Southeast Alaska,” she said. “Congratulations on this beautiful shelter, this place of healing and growth. Gunalchéesh, Haw’aa, Nt’oyaxsn.”

WISH plans to open the shelter for domestic and sexual abuse survivors from Ketchikan, Metlakatla, Prince of Wales Island, Wrangell and Petersburg next month.

WISH operates a 24-hour phone line for people experiencing sexual or domestic violence, call 907-225-9474, or toll-free at 1-800-478-9474. Until the new shelter fully opens in mid-November, WISH will continue to provide services and take donations at its current shelter located at 2002 First Avenue.