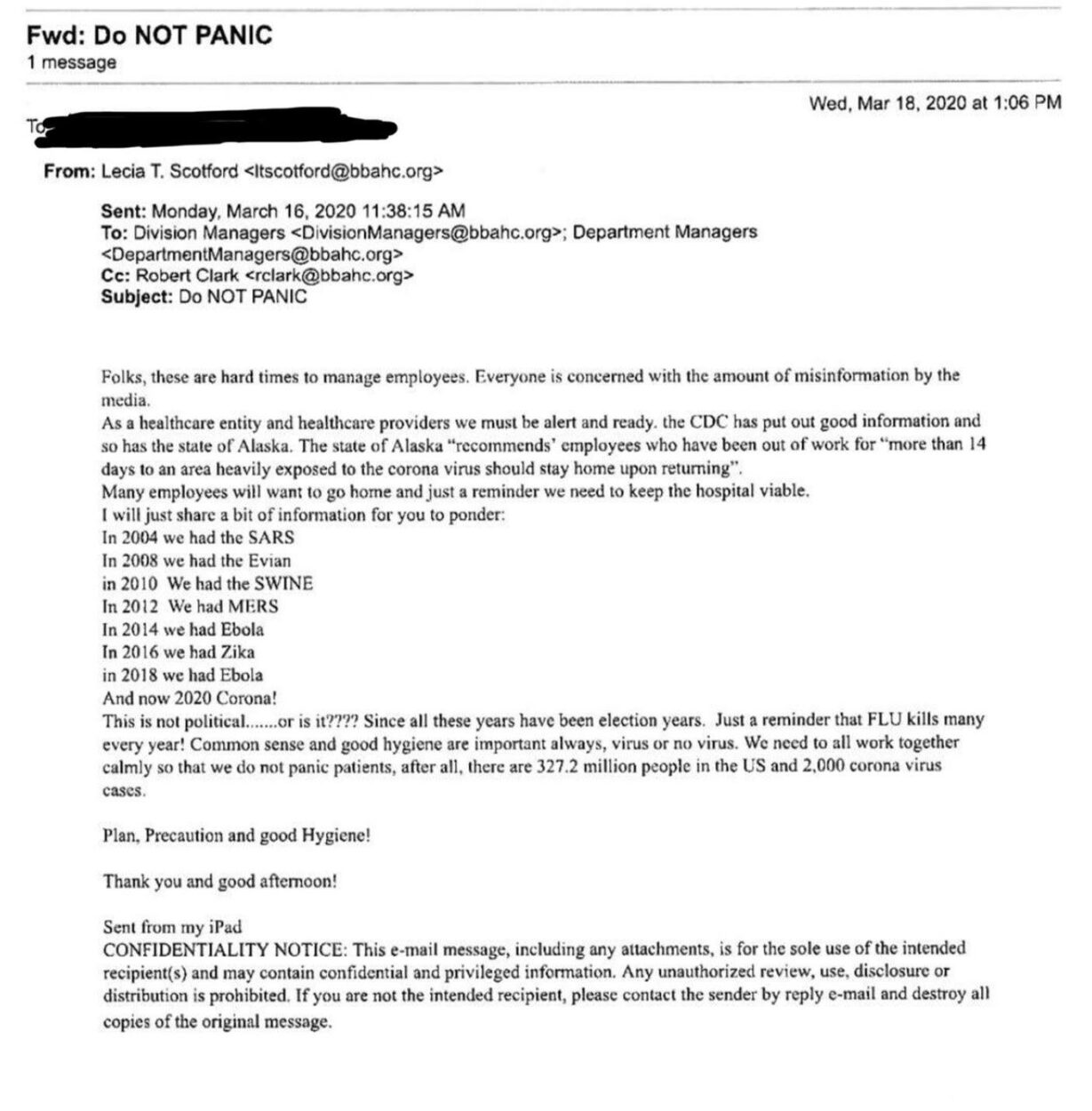 A March 16 email from former COO Lecia Scotford to managers of the Bristol Bay Area Health Corporation. Click or tap to enlarge. (via KDLG)

Lecia Scotford was chief operating officer for the Bristol Bay Area Health Corporation until March 2020. That’s when the Dillingham-based executive emailed colleagues downplaying the pandemic and suggesting it was a political conspiracy.

The subject line read: “Do NOT PANIC.” The email said that prior health crises had taken place during even-numbered years, including Ebola, swine flu and Zika outbreaks.

Her views were swiftly condemned and she was fired soon after.

“Everybody’s attitude changed a little bit, right? I mean, I’ve got to admit, even mine changed a little bit. At first we’re thinking, ‘how grievous is this pandemic that’s happening?’ because it wasn’t really attacking us here in Ketchikan as much. And then all of a sudden, everybody knew what it meant. And I think Lecia now knows what it means and would have a significantly different opinion on COVID,” Williams said in a phone interview Friday.

Scotford did not return phone and email messages left Friday.

Williams says Scotford is an asset to the tribe’s 6,000-plus members.

“She’s such a qualified individual for the position that we have. And she’s so resourceful for us in the administration, that we’re going to gain and benefit from her being here with us and supporting our administration to improve the health care for our people,” he said.

The tribe’s elected leader referred most questions about Scotford’s employment to the tribal administrator. Tribal Council President Gloria Burns says the day-to-day running of tribal government is up to the administrator.

“Tribal Council was not involved in hiring that person,” Burns said by phone Friday. “The hiring of Lecia, who comes with a lot of experience … she was hired by administration.”