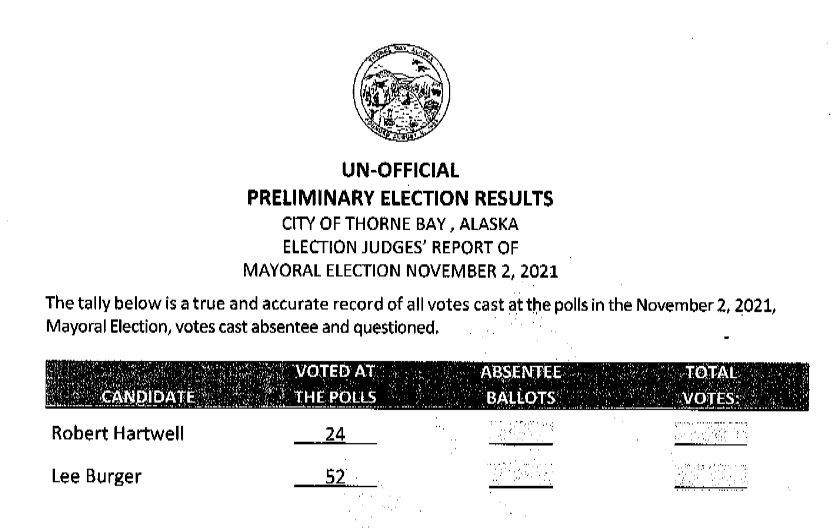 Voters in Thorne Bay went to the polls Tuesday to elect a City Council member to serve a two-year term as the community’s mayor. Early results show Lee Burger leading over Robert Hartwell by 28 votes. But the results are far from final: there are still nearly 50 ballots to count.

Election officials are set to tally the remaining votes starting at 5 p.m. Friday. Thorne Bay’s City Council is scheduled to certify the results next Monday.