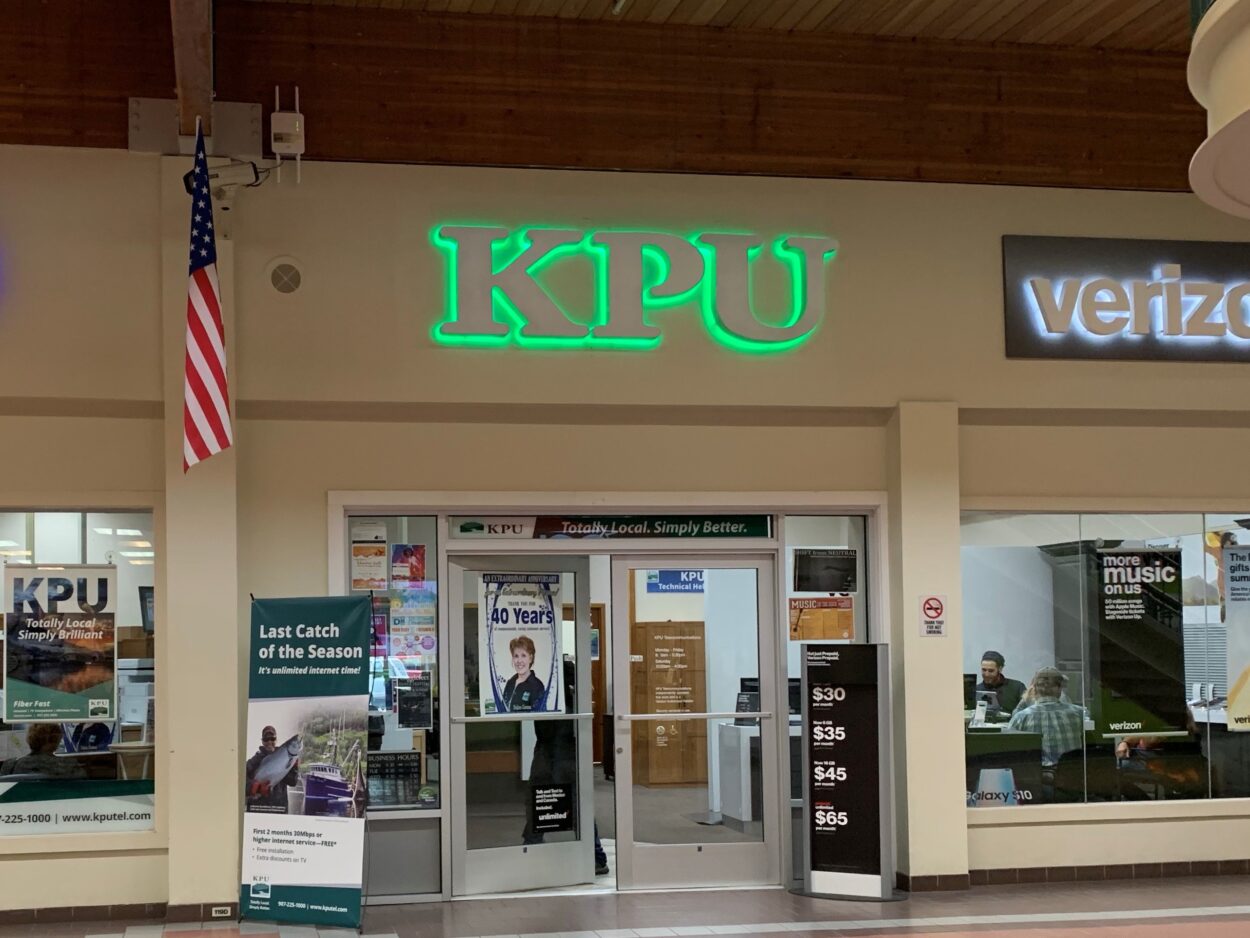 Update: KPU Telecommunications said late Monday night that internet had been “largely restored to the island,” but warned that “residual issues may persist” as repairs in Canada continue.

Online videos buffered endlessly for many internet customers in Ketchikan Monday evening. A mishap involving a rogue Canadian dump truck and a fiber optic link coupled with storms in British Columbia have hampered Ketchikan’s primary connection to the internet.

The problems began after a Canadian dump truck reportedly plowed into a fiber optic cable on Sunday night, damaging the 90-mile undersea link that feeds digital information into southern Southeast. That slowed much of Ketchikan’s internet access to a crawl as technicians worked through the night and into Monday afternoon to repair the damaged line.

“And after an hour, hour and a half or so of process of elimination, the folks on the Prince Rupert end discovered that a dump truck, of all things, had torn down a fiber optic cable — an aerial fiber optic cable — and severed our connection to the world,” Cushing said in a phone interview Monday.

“The bad news is that approximately 11:30 last night, a portion of fiber optic cable in the Okanagan Valley area of B.C. was wiped out by a landslide, which took out a portion of our Canadian provider’s network,” Cushing said.

Cushing says backup cables to southern B.C. are also out of service because of floods and landslides.

“Adding insult to injury, there are a number of network outages in the greater Vancouver area, where all these various and sundry terrestrial fibers meet, that have effectively brought most of the internet service in northern B.C. to a grinding halt,” he said.

As of Monday evening, Cushing says there aren’t reliable estimates as to when service might be fully restored.

“That’s because of the uncertainty associated with moving vehicles and technicians through these various areas that have been affected by landslides — getting around floods and all the rest of it,” he said. “The guesses we were hearing earlier today were (from) 24 hours to 48 hours to ‘we just don’t know.'”

With KPU’s main connection to the outside world cut off, traffic slowed to a crawl as the telecom company pushed traffic onto backup systems. Cushing says that means streaming video services like Hulu and HBO Max likely won’t work for most customers tonight. But not all streaming services have been affected — Cushing says Netflix should still work, thanks to a pair of servers at KPU’s central office that host most of the provider’s library.

As of Monday evening, Cushing says KPU is working to expand the amount of traffic it can send on undersea cables that run directly from Alaska to Seattle. That would end the slowdown.

In the meantime, “might be a good night to read an e-book,” Cushing said. “Or a regular book.”

Disclosure: KPU Telecom is a financial supporter of KRBD.