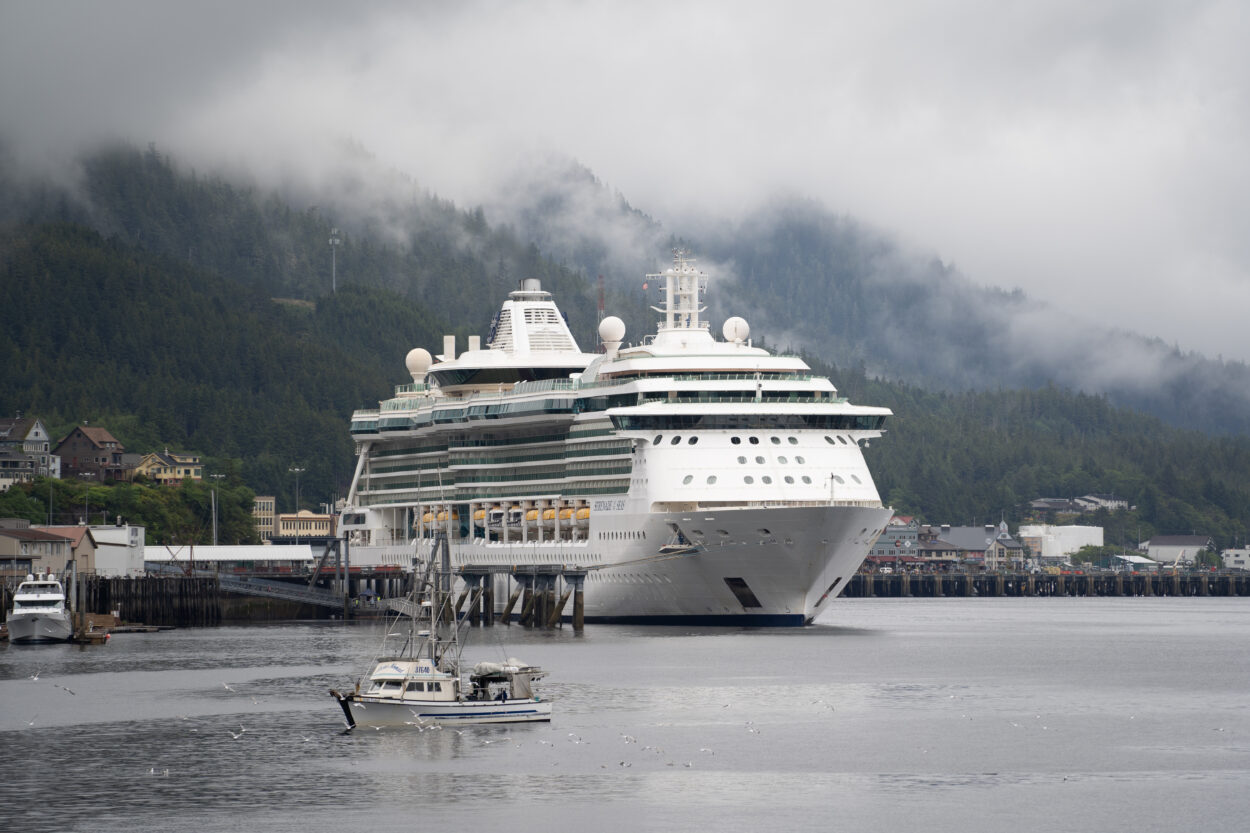 Royal Caribbean is offering the city of Ketchikan $160,000 to sponsor a planned downtown tourist attraction. City officials are looking into the legality of the deal after a member of the City Council raised questions about whether the city could, in effect, advertise a cruise line on city-owned educational placards along Ketchikan Creek.

The City Council first approved the so-called “Salmon Walk” in 2020, but the project has moved slowly after pandemic-induced budget cuts. Trail improvements and signs would connect Ketchikan’s two museums and offer visitors a self-guided tour of Ketchikan Creek, its history and its most famous seasonal residents: Pacific salmon.

“It looks like there’s a lot of enhancements, a lot of upside of this. It looks well thought out. The outside funding is obviously beneficial,” Flora said Thursday.

Royal Caribbean’s sponsorship would fund two major parts of the Salmon Walk: educational elements — placards explaining the importance and life cycle of salmon, signposts with public art from people like Ray Troll and Nathan Jackson, and art on Ketchikan’s fish ladder — plus trail upgrades like lighting and pavement.

But the $160,000 doesn’t come without some strings attached. Royal Caribbean requested that its logo and text discussing its marine literacy program be included on signage as a condition of the sponsorship. That led City Council Member Janalee Gage to question the legality of the deal.

“I appreciate Royal Caribbean sponsoring this, but requiring us to put their logo on signage — my understanding is we’re not allowed to advertise anything on public property,” Gage said. 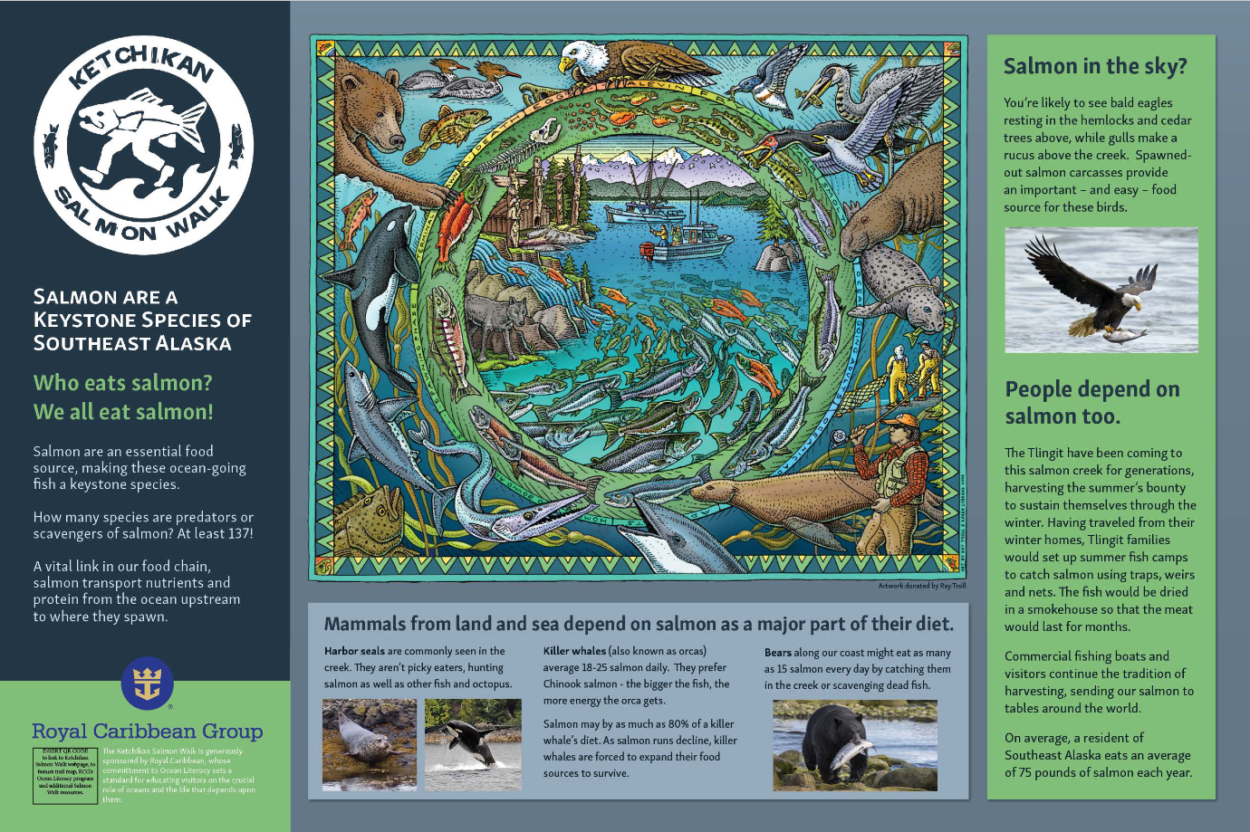 A sample educational placard includes artwork by Ray Troll, information about salmon and a panel acknowledging Royal Caribbean’s sponsorship with its logo the following text: “The Ketchikan Salmon Walk is generously sponsored by Royal Caribbean, whose commitment to Ocean Literacy sets a standard for educating visitors on the crucial role of oceans and the life that depends on them.” (City of Ketchikan meeting packet)

Ketchikan’s acting city manager, Lacey Simpson, replied that the city has accepted private donations for projects before and acknowledged contributions on plaques or signs. But the manager and city attorney didn’t have a ready answer about whether a logo and promotional text would be kosher.

The council unanimously deferred the sponsorship item to give city officials time to research the issue and is set to consider accepting the $160,000 at its last regular meeting of the year on Dec. 16.

The full project, including a planned widening of Married Man’s Trail at the upper end of Creek Street and a second salmon ladder viewing platform, would cost $485,000 according to recent estimates included in next year’s city budget.