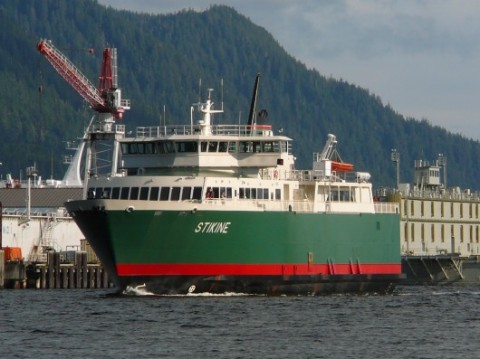 The Inter-Island Ferry Authority will be offering a week of free rides between Ketchikan and Prince of Wales Island next month.

The complimentary trips will start Saturday, Jan. 8 and run through the following Friday, Jan. 14. The regional ferry authority says it’s to celebrate the 20th anniversary of the IFA’s maiden voyage.

“During this week, Passenger travel will be discounted 100%, Yes that means FREE,” the ferry authority said in a statement.

The promotion doesn’t apply to vehicles: normal rates will be in effect for cars and trucks.

The IFA runs daily between the Prince of Wales Island community of Hollis and Ketchikan. Reservations for the free rides are available now by phone at the IFA’s reservation hotline, 866-308-4848. Seats cannot be reserved online.

IFA General Manager Ron Curtis says there’s not currently a limit on the number of free rides a passenger can take, but says “obviously, we will address abuse if we see it.”

The ferry authority was established as a public corporation in 1997 by the communities of Klawock, Craig, Thorne Bay, Coffman Cove, Wrangell and Petersburg. Its first ferry, the 198-foot M/V Prince of Wales made its maiden voyage on Jan. 13, 2002.

In 2006, the ferry authority added a second ship to service a northern route between Coffman Cove, Wrangell and the Petersburg area. But facing low ridership and budget constraints, that route was discontinued in 2008. Petersburg and Wrangell later withdrew from the consortium.