A look back at 2021 in Ketchikan and the southern panhandle 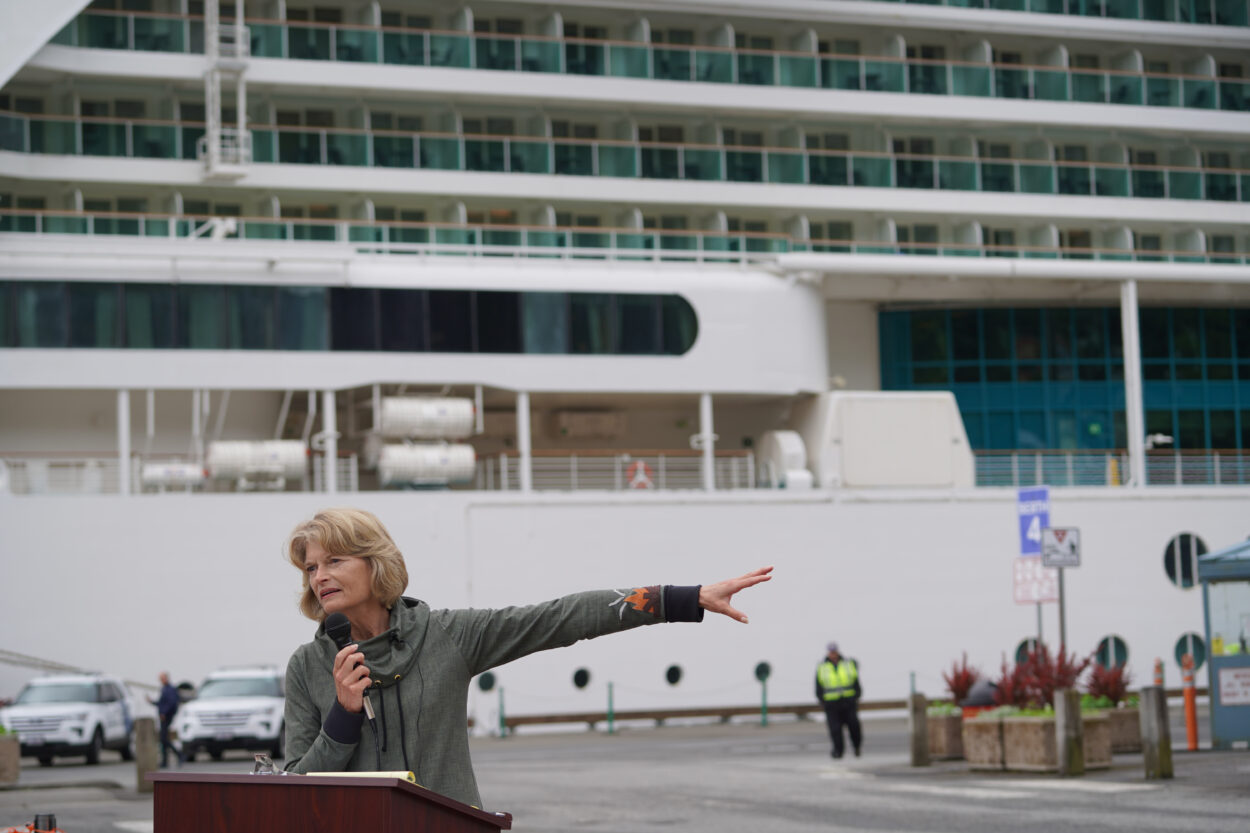 Southeast Alaska started the year facing the prospect of a second season without cruise ships. In February, Canadian authorities extended its 2020  ban on large cruise ships in its waters. That presented a problem — a 19th-century law requires foreign-flagged ships to stop in another country when sailing between domestic ports.

It was a limited victory: passenger numbers were still down more than 90% from 2019 this year. But the recovery is expected to go full-steam ahead next year with 1.4 million people projected to visit Ketchikan. 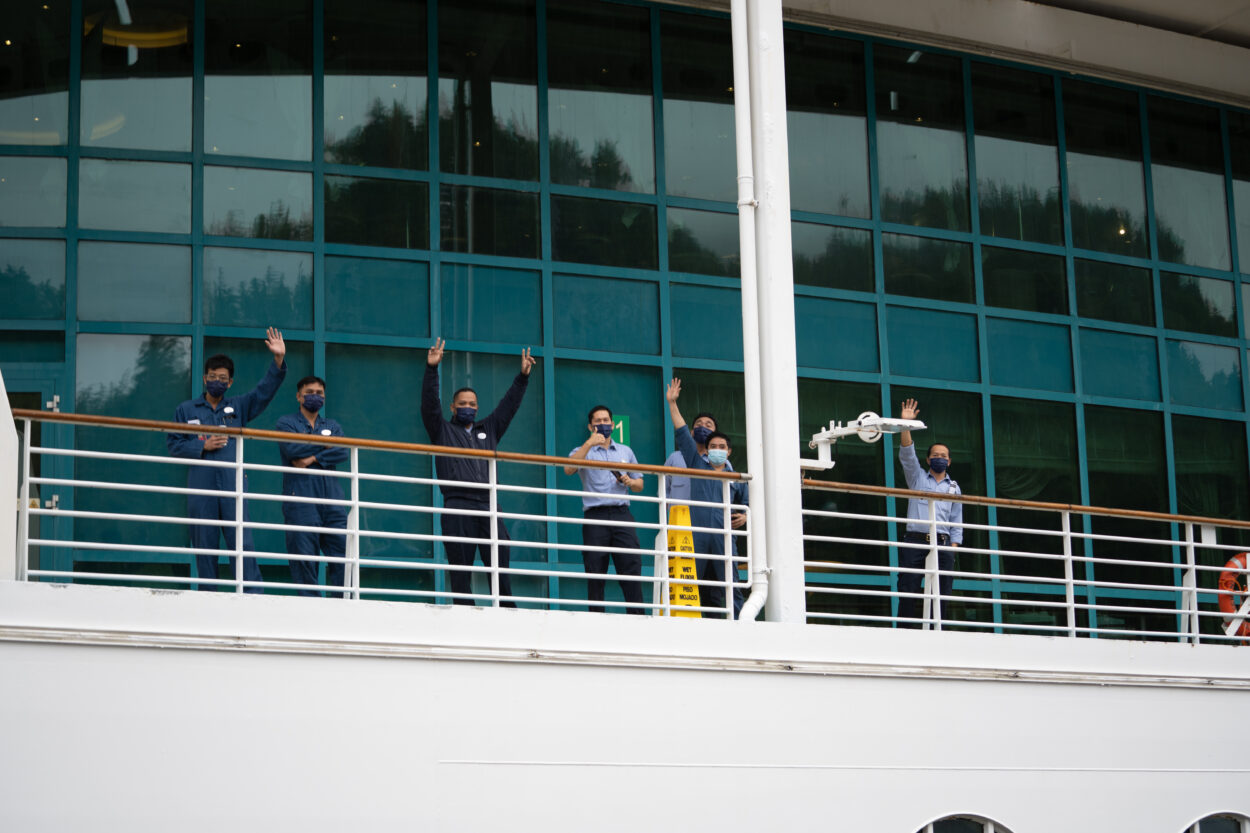 Crew members aboard the Serenade of the Seas, the first large ship to return to Alaska since 2019, wave at onlookers on July 9, 2021. (Eric Stone/KRBD)

2021 was also a year that saw a number of familiar faces in Ketchikan local government depart.

The highest-profile might have been Karl Amylon, who died shortly after retiring as Ketchikan’s city manager. He’d been the city’s top administrator for 26 years, leading the city through a transition from timber hub to tourism hotspot. His assistant manager, Lacey Simpson, stepped up to fill the role while the city conducted an ongoing search for a replacement. A city commission is considering naming Ketchikan’s city hall after Amylon.

Melissa Johnson, who had been a middle school assistant principal, took over the job on a temporary basis. She’s thought to be the first Alaska Native person to lead Ketchikan’s school district. The school district is as of this month searching for a long-term superintendent.

The longtime city administrator for the Prince of Wales Island community of Craig, Jon Bolling, also resigned this year after nearly two decades. He recently landed a job with the regional economic development group Southeast Conference.

2021 was also the year that the COVID-19 pandemic took its greatest toll on Ketchikan, despite the availability of vaccines. After making it through 2020 with just four COVID-19 hospitalizations and a single death reported in Ketchikan, at least 31 were hospitalized and 14 died in the community of about 14,000.

It was also a year in which community members sought to address a growing opioid crisis in Ketchikan. Advocates say 20 people died of opioid overdoses this year. A community health survey identified substance abuse treatment as one of Ketchikan’s top needs. 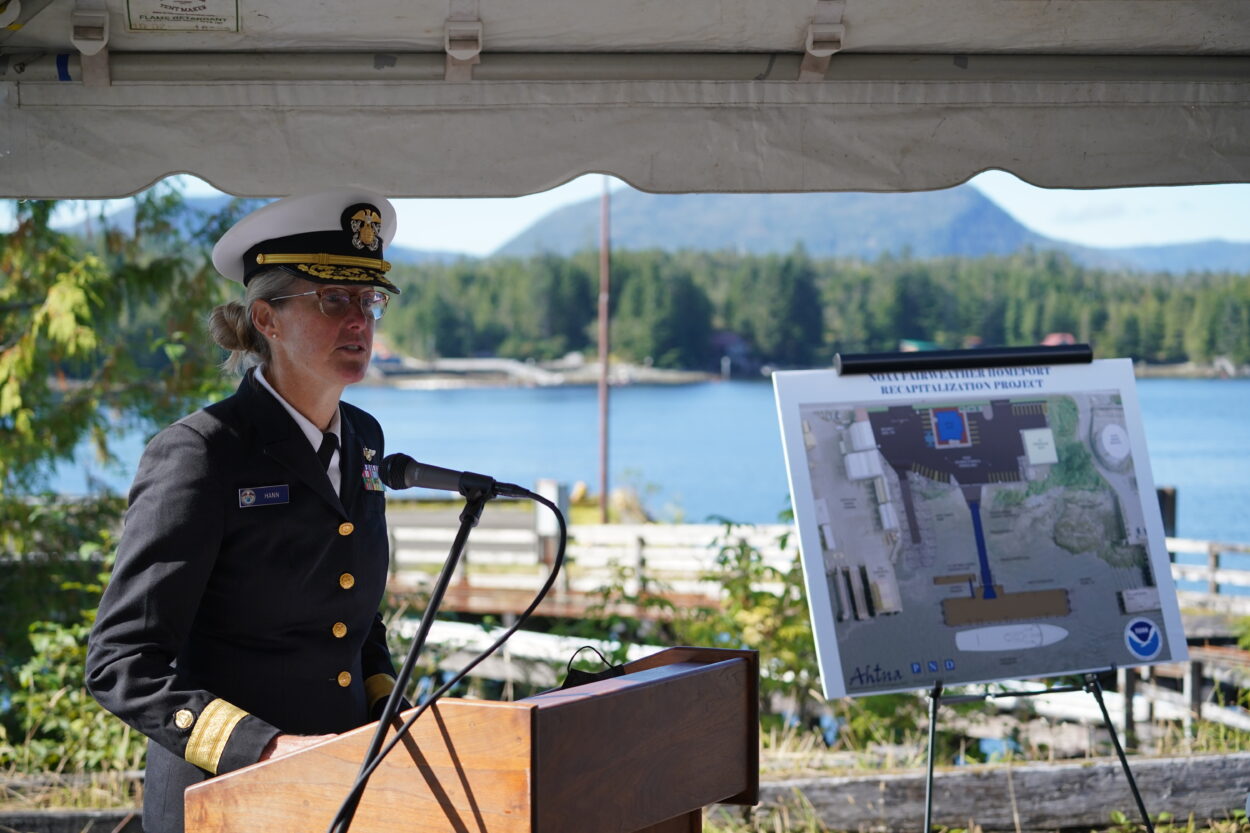 Rear Admiral Nancy Hann, deputy director of NOAA’s Commissioned Officer Corps and its Office of Marine and Aviation Operations, speaks during a groundbreaking ceremony for a port facility in Ketchikan. (Eric Stone/KRBD)

But there was plenty of good news: This year, the National Oceanic and Atmospheric Administration broke ground on a new dock and office space in Ketchikan to support homeporting a research vessel. And Ketchikan was recertified as a Coast Guard City.

The community’s Fourth of July parade returned to pre-pandemic form during that sweet summer lull when we all thought the pandemic was behind us. 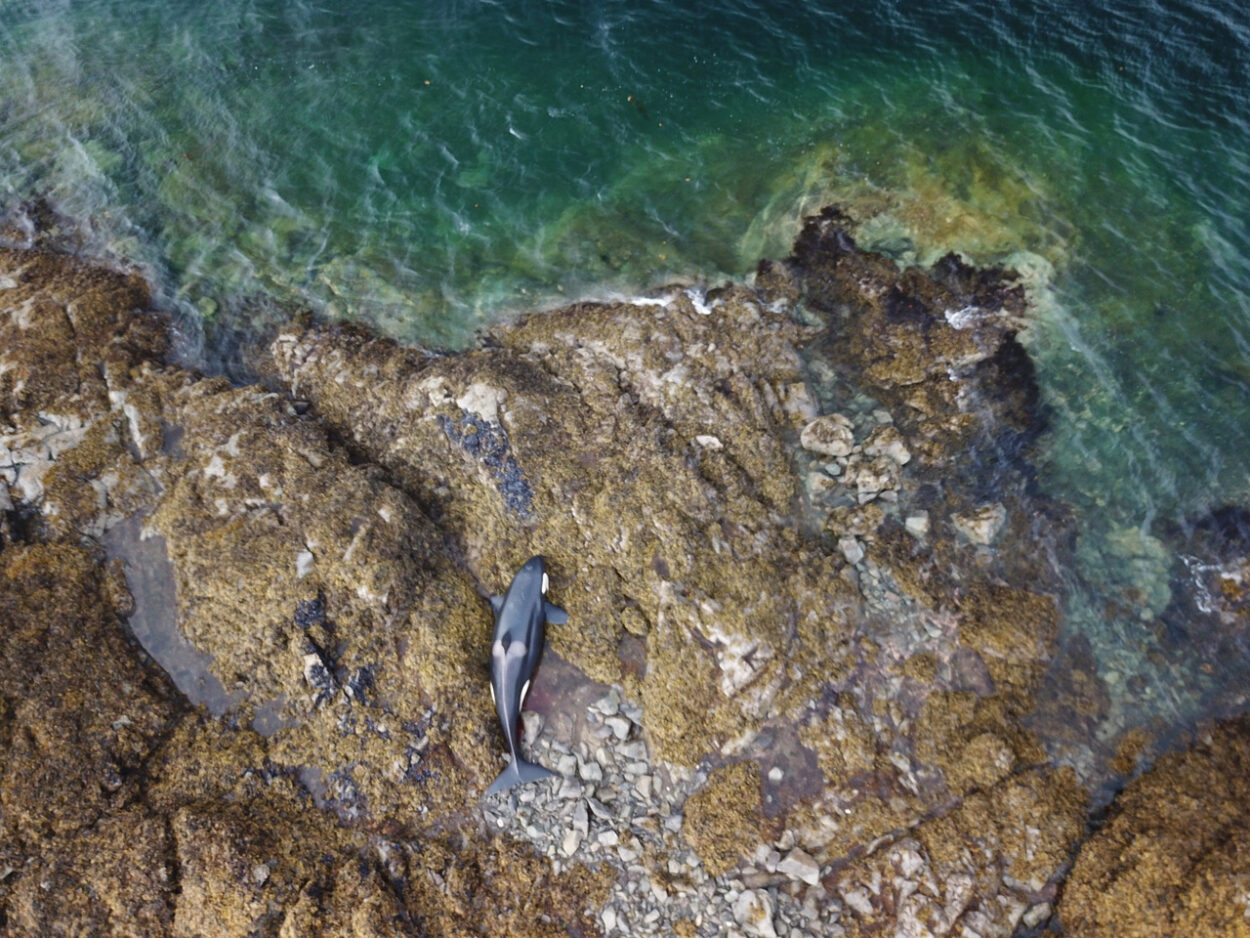 A live killer whale is seen stranded on shore rocks in the vicinity of Prince of Wales Island, Alaska in July 2021. (Courtesy: Captain Chance Strickland and Crew of M/V Steadfast)

And who could forget the orca? In July, community members on Prince of Wales Island kept a stranded killer whale cool and wet long enough for it to free itself on the incoming tide. Researchers later identified it as T146D, part of the West Coast transient orca population known as Bigg’s killer whales.