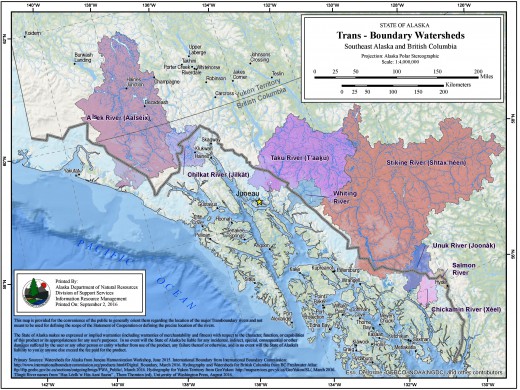 Ketchikan’s Borough Assembly on Monday voted to prepare a resolution urging Canadian regulators to immediately pause permitting, development and expansion of transboundary mines upstream from rivers that flow into Southeast Alaska. During public comment, several citizens asked that the original proposal by assembly members Austin Otos and David Landis be amended to advocate for a permanent ban on mine tailing dams.

Landis did not support the amendment, saying he is not familiar with mining processes and isn’t sure what a ban on tailing dams means.

“I don’t want anyone to think that I’m not supportive of restricting something from happening that will cause environmental harm downstream in these transboundary rivers. I just don’t know what a tailings dam is. If it was described as something of a certain size or permanency or something like that, that would be different in my mind,” Landis said.

Nevertheless, that change passed 5-2 with Landis and assembly member Jeremy Bynum voting against. The amended request for a resolution then passed unanimously. The resolution itself is expected to come back before the assembly at its next meeting on Jan. 17.

If approved at that meeting, Ketchikan’s borough would join several other Southeast communities, including Craig, Juneau, Sitka, Petersburg and Wrangell, along with environmental groups and a consortium of tribal governments, in approving resolutions calling on Canadian regulators to implement changes.

In other business, the assembly denied, in second reading, a rezone request for a Water Street property adjacent to Ketchikan’s promenade. Developers hoped to build shops on the ground floor with one or two levels of housing above. The lot is zoned for heavy industrial which does not allow for housing. Several assembly members, including Bynum, were concerned with a lack of specifics.

“Without having more information being provided as to why having a rezone here is a good idea, with a vision about what it is that I’m trying to approve for the rezone, I really can’t get behind it,” Bynum said.

Other concerns expressed included parking and lack of height restrictions, though those aren’t required under the current zoning. A motion to postpone the ordinance to add a three-story height restriction failed 5-2 with assembly members Austin Otos and Grant Echohawk voting in favor. The initial rezone request failed due to lack of motion.

Developers could, if they desired, bring back a rezone request to the assembly at a future meeting.

The assembly also approved a three-year contract with the Inlandboatmen’s Union of the Pacific. This represents four borough employees working on the airport ferry. Under the contract unionized workers would get annual cost-of-living raises, an updated pay schedule, and a day off for the Martin Luther King, Jr. holiday.

Correction: An earlier version of this story erroneously said the assembly had passed a resolution on transboundary mining. The assembly voted to prepare a resolution to be considered at a future meeting.