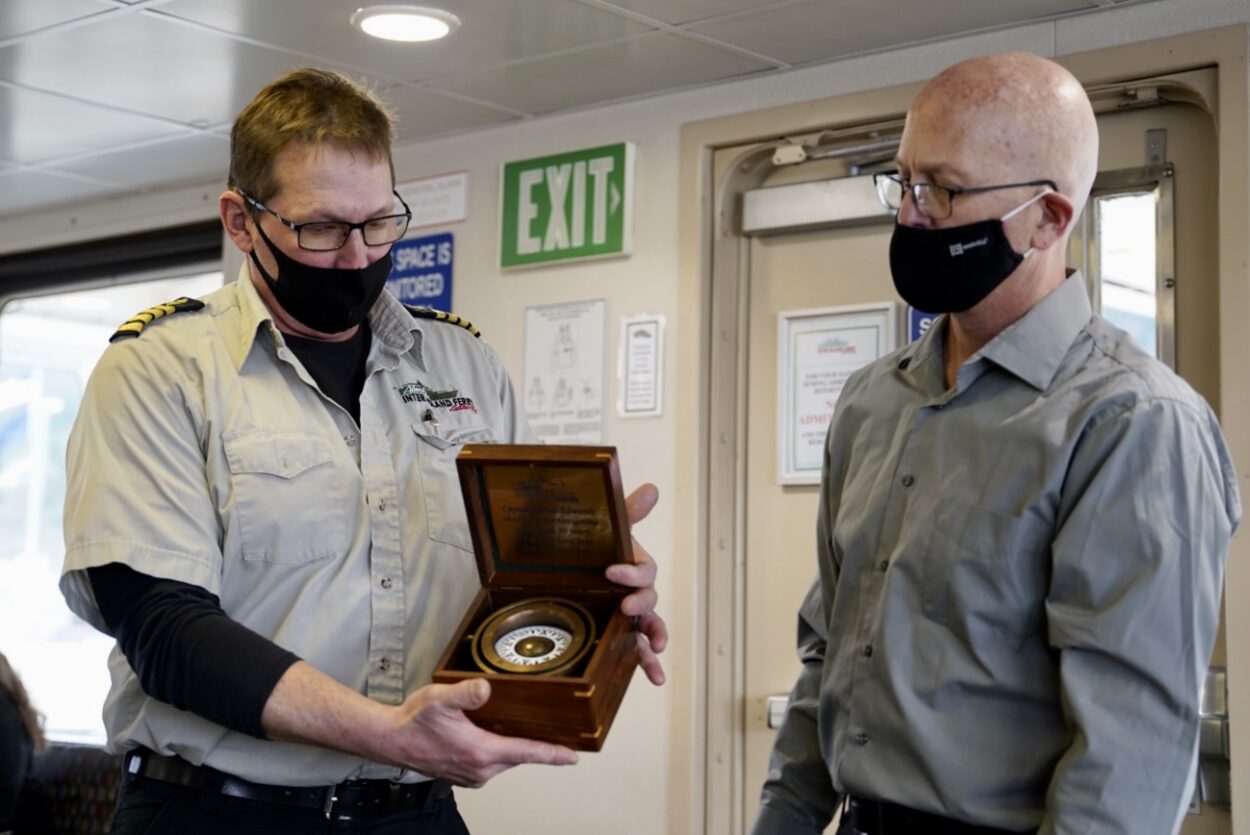 A regional ferry system that connects Prince of Wales Island with the outside world recently celebrated its 20th anniversary. The Inter-Island Ferry Authority honored its founders, champions and longtime employees during a gala in Ketchikan on Jan. 13, precisely 20 years since the IFA’s first voyage.

On the bridge of the Inter-Island Ferry Authority’s 198-foot ferry Stikine, Capt. Brian Edwards reflected on a long career bringing people and goods to and from Prince of Wales Island.

“It doesn’t seem like it’s been 20 years — it went by pretty fast, so I must have enjoyed it,” Edwards said.

“I probably have sailed around the world a couple of times back in the distance that I’ve traveled back and forth to Hollis over the 20 years,” Edwards said.

Born in Santa Cruz, California, Edwards grew up sailing on his friends’ boats.

“It seemed like whenever I was on the water, in the past, it had been an adventure,” he said. “It just seemed like wherever you went, it was different. It was good and bad at some times. But it was was not confining.” 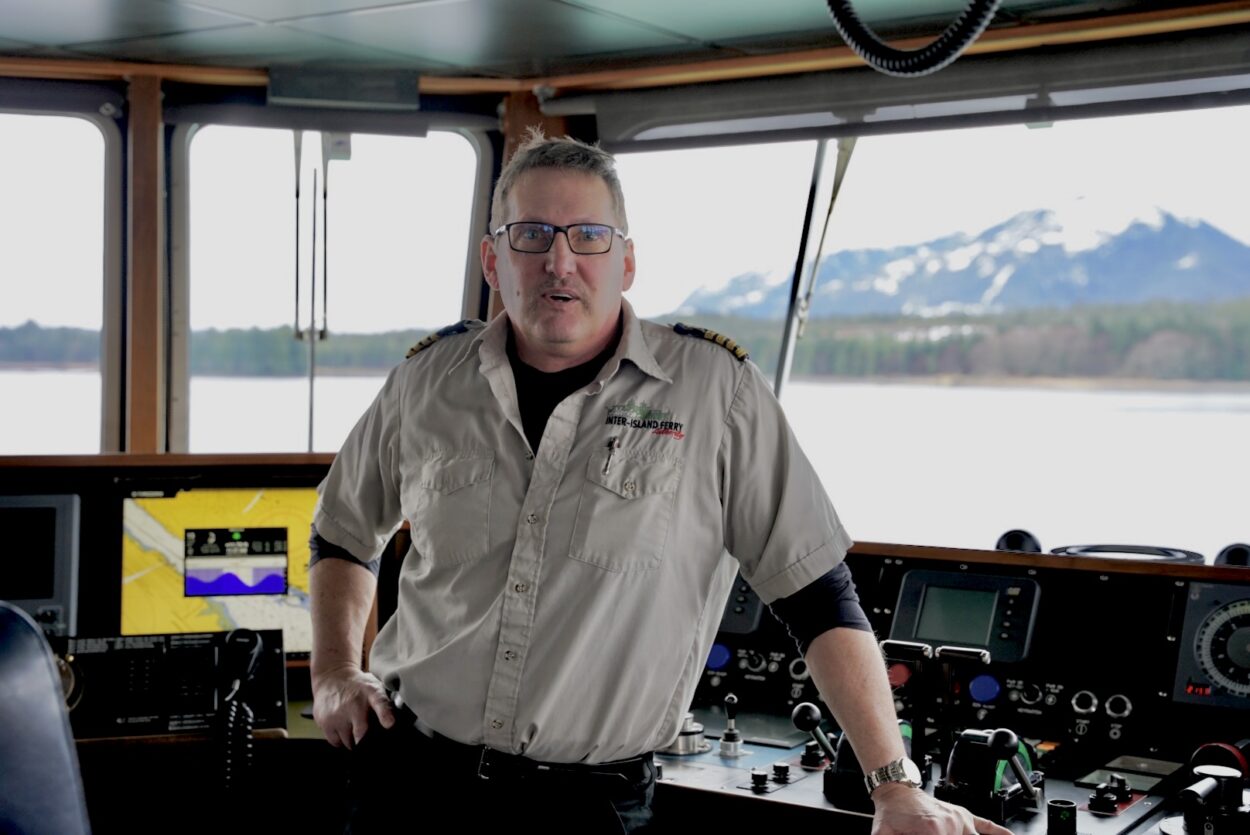 Capt. Brian Edwards, pictured here on the bride of the M/V Stikine, is one of two current Inter-Island Ferry Authority employees who sailed on the IFA’s maiden voyage in 2002. (Eric Stone/KRBD)

He eventually found himself working at a fishing lodge in Craig. That’s when he met one of the IFA’s founders, Tom Briggs, who offered him a job. He moved to Prince of Wales, and in early 2002, Edwards served as a deckhand on the IFA’s very first voyage.

Edwards says there were a few hiccups in the early days — to be expected with a new crew on a new boat.

“It was like the first week when we had to drop the anchor right across the bay over here, because we lost power to one of our generators. And so that was quite memorable, because I was one of the two guys that was up on the bow dropping the anchor, wondering what was going on,” he recalled.

Over the years, he moved to the engine room and finally up to the bridge.

“Being the captain of the vessel when I first started out, it was intimidating, but you learn as you go and you gain confidence,” he said. “If you have a good crew and you have good synergy with your crew, then it’s a really good working relationship.”

He’s one of two IFA employees who still work for the ferry authority 20 years later, along with mostly-retired deckhand Barbi Armstrong. Two others, operations manager Rich Rogers and  Capt. Scott Crayne, joined the IFA in the weeks afterward.

Edwards and the other veterans were among the honorees at an invite-only ceremony aboard the Stikine. It was a veritable who’s-who of the southern panhandle — everyone from Prince of Wales Island mayors to ferry system boosters to the governor’s chief of staff attended. Here’s IFA General Manager Ron Curtis addressing a mix of local leaders and state officials as they dined on a medium-rare prime rib. 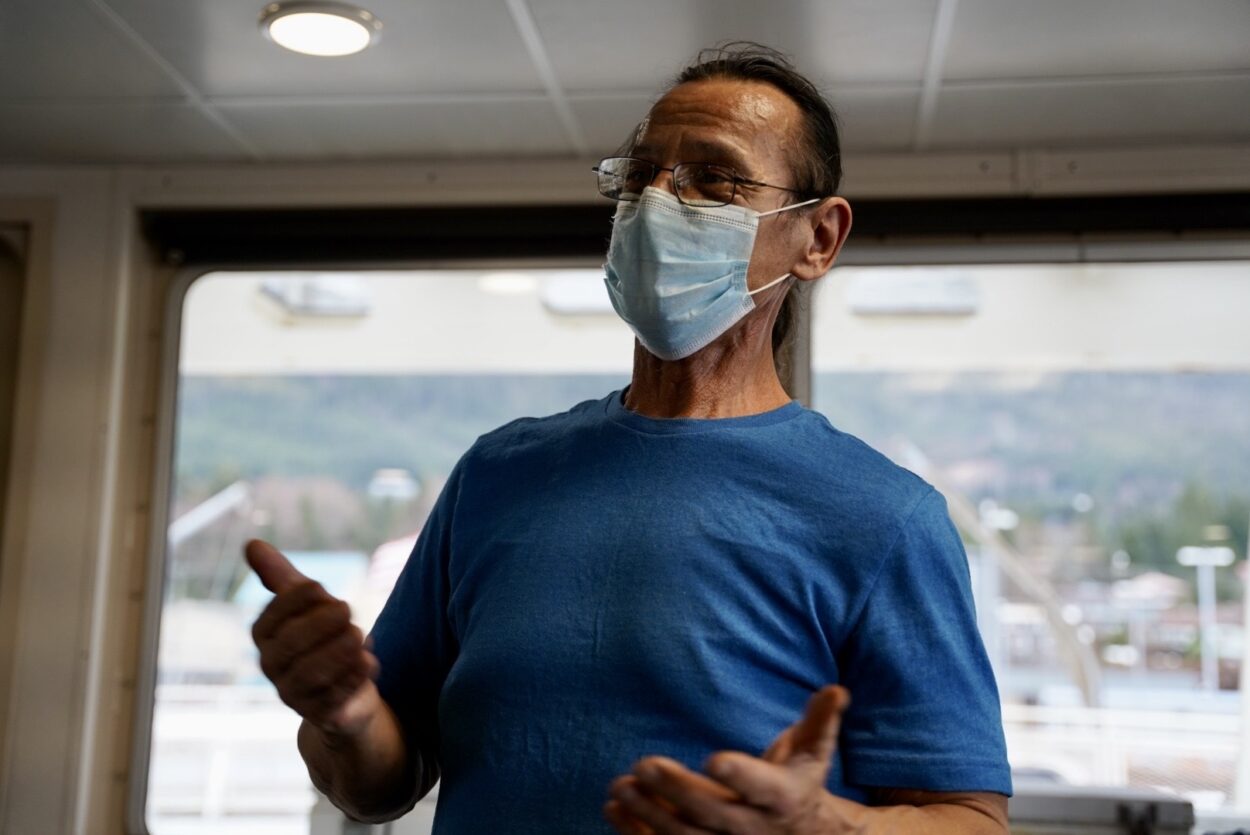 Sam Mooney, a member of the IFA’s board of directors, speaks during a 20th anniversary event for the Inter-Island Ferry Authority on Jan. 13, 2022. (Eric Stone/KRBD)

“Today is about celebrating our founders, our champions, our communities, our employees, and not least importantly, our 20-year veterans of the IFA,” Curtis said.

Curtis presented Edwards and the other longtime employees an ornate compass with a custom inscription.

“Capt. Brian Edwards, thank you for navigating us to 20 years. We would have been lost without you,” he said.

Curtis also spoke about the IFA’s history and importance to Prince of Wales Island communities. He read a note from former Ketchikan City Manager James Van Altvorst, who he credited as one of the IFA’s founders.

“The IFA’s success to date is a bit like a David and Goliath story,” he read. “By forming the IFA, a small, a few small local governments jointly set out to meet critically important regional transportation needs, which were recognized but left without a solution by the state of Alaska’s Marine Highway System. Those cities stepped into the breach, innovated, formed a different better plan and created the IFA to carry out that plan.”

Representatives of the various Prince of Wales Island communities came forward to express their gratitude for the IFA, including Hydaburg’s Sam Mooney.

“We appreciate the IFA for being there for our community because a lot of times, it’s the only way off the island for us,” he said. “We don’t have plane service at all — we (just) get mail there — so it’s really essential that we continue to support the people who support us.”

Mooney recalled one recent episode where the IFA stepped up.

“Just during this last big freeze, I had to call on Ron to help. Our community got froze out, totally without water. They were able to get pallets of water down to our community, which was very helpful,” Mooney said. “They provide very essential services on a moment’s notice. So I thank them for that.”

As many looked back on a successful 20 years of service, some spoke about their hopes for the future of the IFA, including founding board member Jeff Nickerson of Klawock.

“I told them that I wanted the IFA to be around for another 20 years for my grandchildren. And I said in their time, you know, I hope that they would see an electric ferry,” he said.

The recently-passed federal infrastructure bill set aside money for an electric ferry in Alaska. There’s nothing official yet, but Curtis says the IFA is looking into it.

“There are challenges, but we are definitely pursuing, looking out to see what opportunities are out there,” Curtis said.

Curtis says he’s also looking into taking on additional routes. As it stands, he says 79% of the ferry system’s revenue comes from fares, making it the second-most profitable ferry system in the country, and any new routes would have to be similarly profitable.

But one thing’s for sure: the IFA remains an important link between Prince of Wales Island and the wider world. 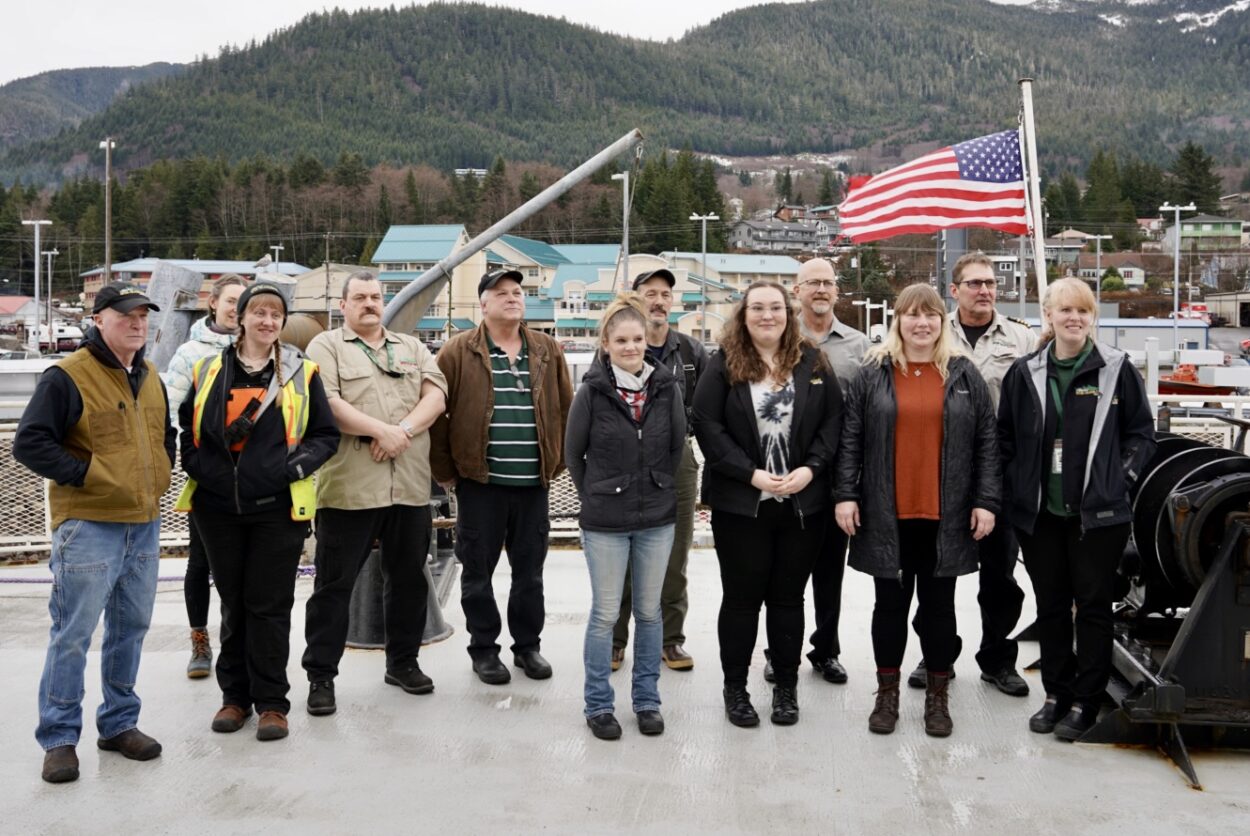 Inter-Island Ferry Authority employees pose for a picture on Jan. 13, 2022 on the 20th anniversary of the IFA’s maiden voyage.