Ketchikan may soon have a new port and harbors director. The City Council on Thursday will consider whether to offer the job to a retired U.S. Coast Guard captain with a background in local and state government.

Ketchikan has been without a port and harbors director since Steve Corporon retired in November 2020. The position oversees Ketchikan’s downtown cruise ship port and five city-owned small boat harbors.

Acting Ketchikan City Manager Lacey Simpson wrote in a memo that there were nearly 50 applicants. After interviewing six, the city’s screening committee made up of the city HR manager, the acting port and harbors director and Simpson recommended Darryl Verfaillie of Valdez. His resume outlines a two-decade career in the Coast Guard, largely in environmental regulation and compliance. 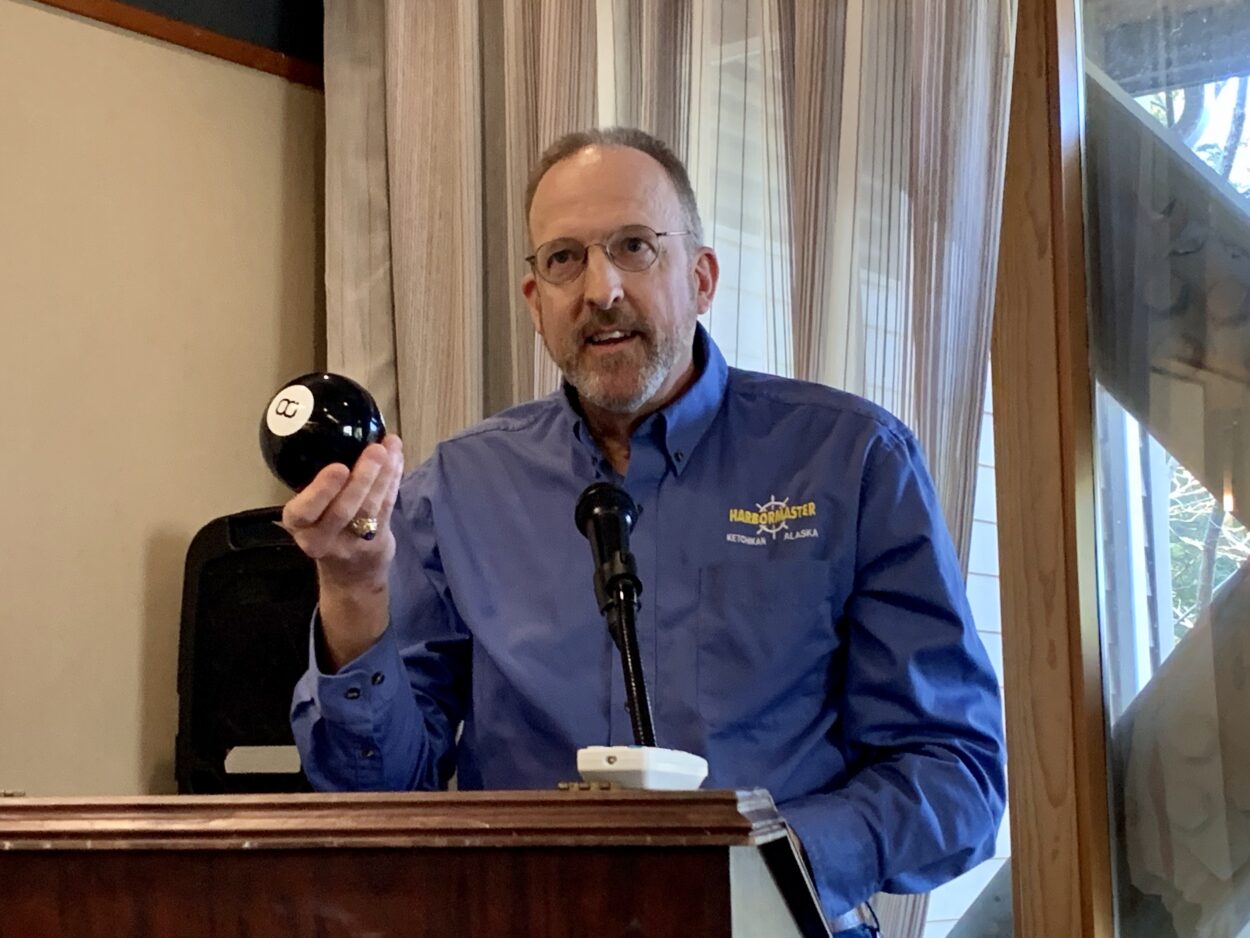 More recently, Verfaillie says he served as parks, recreation and cultural services director for the city of Valdez and as the executive director for a state-licensed preschool in the community. He says his most recent job was as the state’s environmental program manager for the North Slope and Interior portions of the Trans-Alaska Pipeline for three months in 2020.

The port director is typically a hire made by the manager. But since the package exceeds the city’s cap for new hires, Simpson is asking the council for approval.

In other business, the council is set to finalize a stricter ban on camping in certain city parking lots. The measure would allow the manager to ban camping and cooking in off-street parking lots and allow the city to remove camping gear from parking lots with 72 hours’ notice. Each violation would incur a $300 fine.

The issue was sparked by comments from residents who complained about noise, theft and drug abuse at a lot at the corner of Grant and Edmonds Street at the council’s Oct. 7 meeting.

One resident spoke out against the measure at the last meeting on Jan. 6, arguing that it in effect criminalized homelessness at a time when housing is expensive and in short supply. City Council Member Janalee Gage said she sympathized with the concern.

“However, I also understand that we have — I think one of the issues that was drawn and came to me was that we had people that weren’t being able to sleep in their own homes, because of the noise and the disruption,” Gage said.

After the measure passed unanimously, Mayor Dave Kiffer said the city needed to do more to help people without permanent shelter get into housing.

“This can’t be the only action we take. And I’ve already been talking — I know Sitka is very interested in the tiny house group, so is Haines. We need to be working with some other folks and see what’s out there — and this is as a community. It’s not the city’s responsibility — it’s the city’s, the borough’s, it’s everyone’s responsibility. … We will pursue this. Because we need to figure it out,” Kiffer said.

Ketchikan’s City Council meets at 7 p.m. Thursday in its City Hall chambers. The public is invited to weigh in at the beginning of the meeting. The full agenda is available online. The meeting is broadcast on local cable channels and live-streamed at the city’s website.