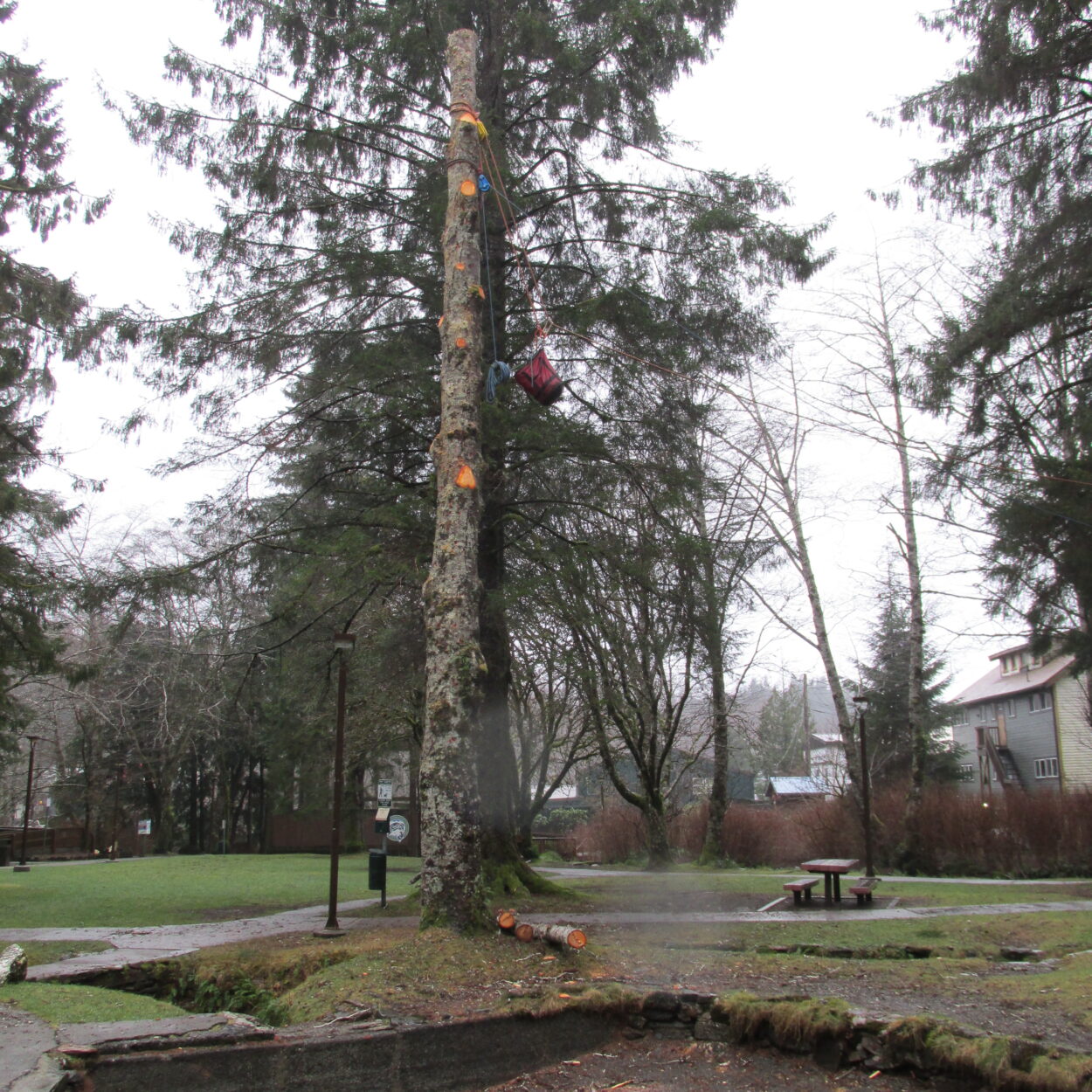 One of eight alder trees in Ketchikan’s City Park in the process of removal (KRBD staff photo by Maria Dudzak).

Portions of Ketchikan’s City Park will be periodically closed to the public while eight mature alder trees are removed. Morgan Barry is the borough’s public works director.

“Alders are effectively a weed in this area. And once they get to a certain size they drop a lot of material all over the ground. They become a hazard. They can fall over more easily during storms than certain other trees. And they also block a lot of light from the park.”

He says the shade also is preventing grassy areas from drying out.

Barry says the trees are located in the center section of the park, and cones and other traffic control devices will be in place to mark the closed areas. For safety, pedestrians and pets are prohibited in the work area.

He says after the trees are down, the stumps and root systems will be removed.

“Their roots are expansive and they damage the concrete walkways and other areas of the park. So that’s another reason that we have for removing them.”

A notice from the borough indicates the work will continue through early February, but Barry says it’s possible the work will be completed earlier, weather permitting.